Would it be possible for this Titan Shifter to survive from decapitation?

Major Spoilers Below. You have been warned.

So apparently in the latest chapter, Chapter 119, 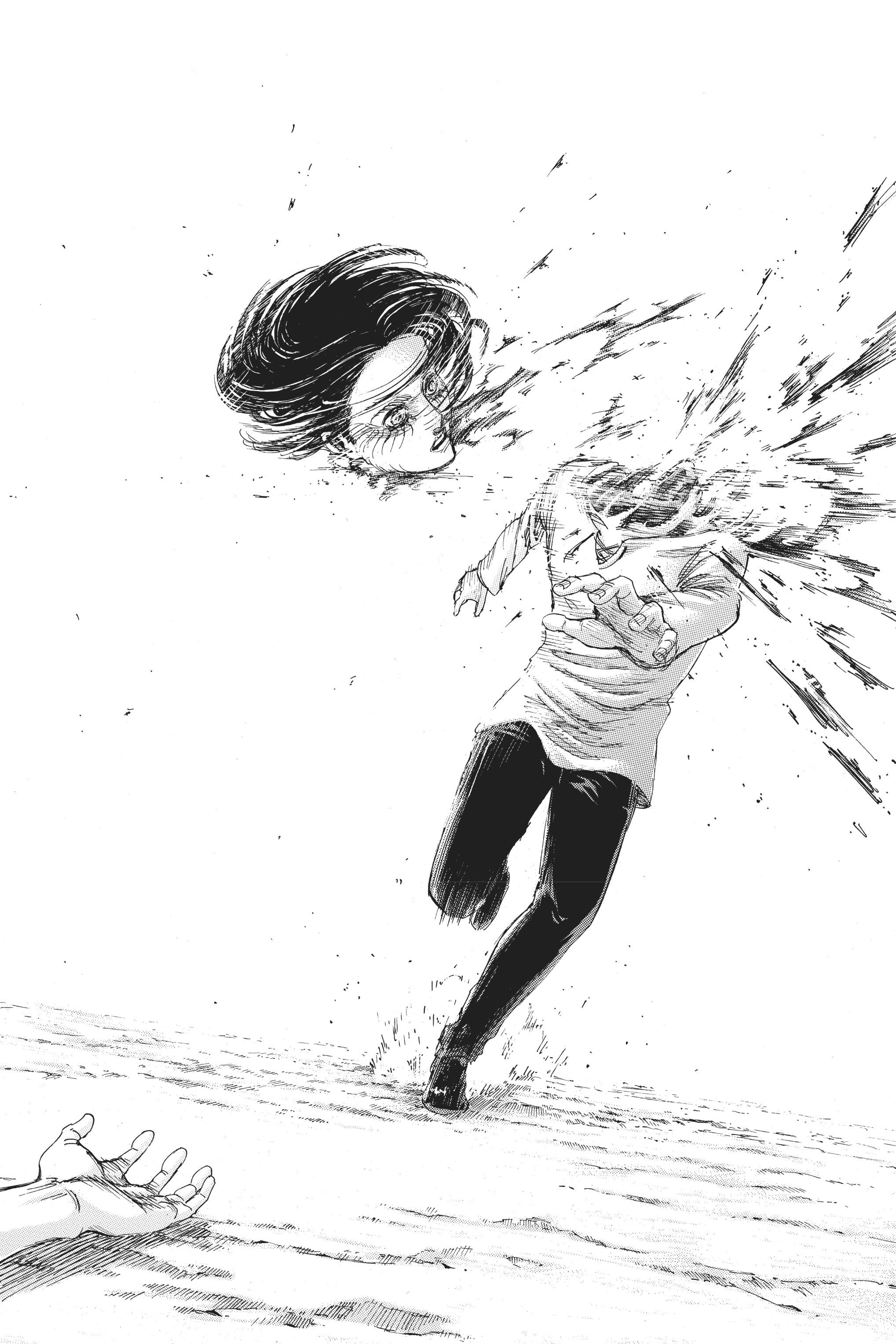 Eren's head just got blown off with a sniper rifle by Gabi.

Given everything that was presented about Titan shifters in the manga, would it be possible for him to survive despite this? I have an answer below but I'd also like to know what other people think or if I somehow missed something from the manga.

Throughout the manga, there have been instances where Titan shifters were able to survive fatal wounds.

Reiner, for example, in Chapter 78, survived even though half his head was blown off by transferring his consciousness to the nervous system of his titan's body.

Zeke, in Chapter 113, survived a direct explosion from a thunder spear, albeit he was severely wounded.

With, this there is a chance that

I think it's safe to say that it's highly unlikely he used something similar to Reiner. Why?

As far as I know, it was never shown that he has a similar ability to Reiner who can transfer his consciousness to his titan. Also, at that time,

he was focused on running towards Zeke so I doubt he had time to transfer his consciousness somewhere (to his nervous system, for example), if that's even possible.

There is still regeneration to count on, even if there was no precedent or no known account in the manga where a titan shifter survived after his whole head was separated or blown off from his body, apart from what happened to Reiner. We also know that in Chapter 103, regeneration kicks in as long as the user has the will to live.

With this, I think that titan shifters can survive even fatal wounds like decapitation due to their innate ability of regeneration, so long as they have the will to live. Although the possibility of this being fatal to them cannot be ignored too since there's no precedent presented in the manga yet.

3
Attack on titan chapter 79: possible flaw?
6
Can a human survive inside a titan?
6
Who is the 9th Titan shifter?
2
If the titan transformation is immediate once a titan eats a shifter, how did Santa Titan not become a shifter when he ate Eren?
1
What does a Titan needs to eat from another Titan shifter to steal its power?
5
Can an Ackerman become a Titan Shifter?
9
What happens to a Titan Shifter if they die without being eaten?
2
Will a titan shifter stay in their titan form if they die due to the curse?
4
How did Armin survive after being roasted and blasted away from the Colossal Titan?
1
How long can a titan shifter stay in a titan form?