Why are level 0 espers considered espers if they have no powers at all?

Supposedly level 0 espers have no powers at all. Are they any different to humans then? Are they supposed to have latent powers or something?

Level 0s have undergone the Power Curriculum Program, so even if someone ranked at Level 0 doesn't happen to exhibit any observable powers, their brains have still been fundamentally rewired. All espers, including Level 0s, are unable to use magic without suffering severe backlash damage because of incompatibility issues.

But it's not necessarily the case that Level 0s have no power at all. Level 0 is described as follows:

Exceptions aside, cannot be considered completely powerless, but is considered one of the so-called "students that can't keep up at school". Might possess some degree of power, but unable to truly control it. 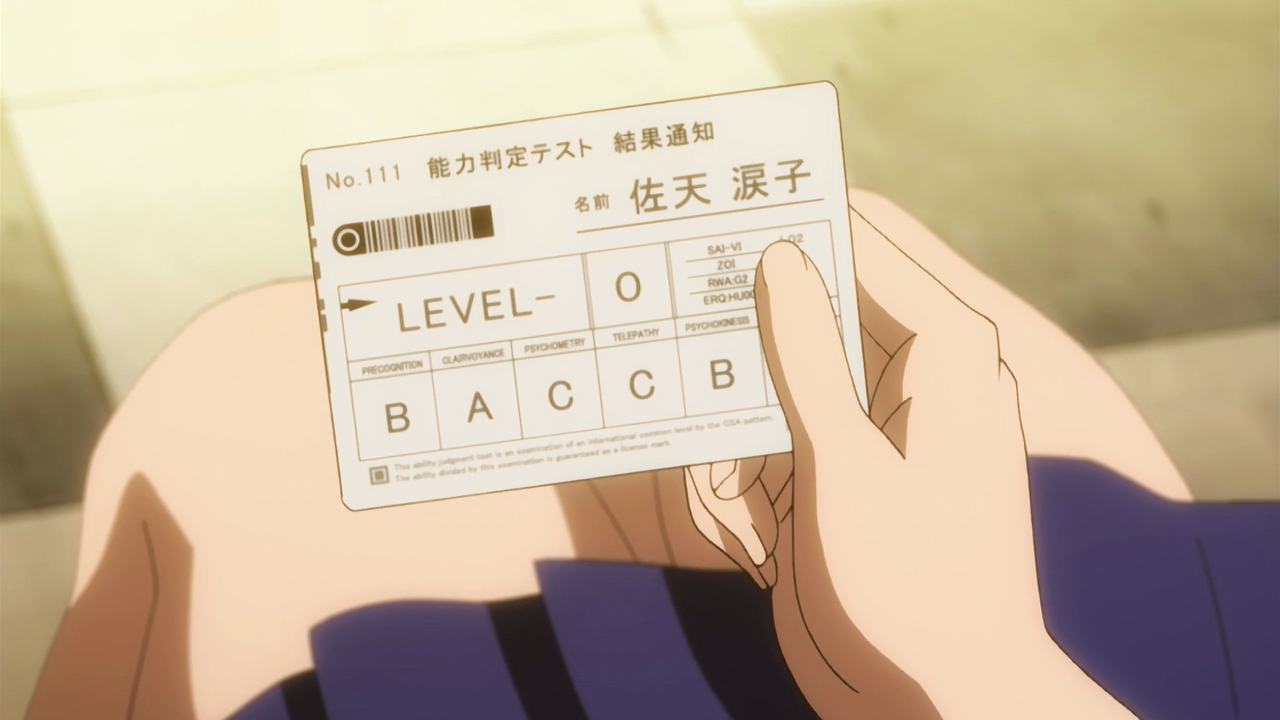 As you can see, it's not all completely zero. There's still some amount of power at Level 0; enough for Saten and her friends to be able to see some improvement, at least.

5
What was the motive for kidnapping Eri in the 1st episode of Railgun season 2?
6
Is Academy City really an educational city? What is its purpose?
9
Why isn't Misaka Mikoto's face widely recognized?
0
Why if accelerator is so above other level 5 espers he isnt count as level 6 already?
3
Why Touma is considered only a level 0 esper when he's clearly so powerful and was able to defeat the most powerful level 5 esper?
3
Why does Accelerator need a necklace to use his powers?
0
Why does the knight leader have the power level of a saint?
0
Why the sisters dont have the same power than Railgun if they have exactly the same DNA?