In which Kitaro manga does he visit Easter Island?

I am the curator of an exhibition on Easter Island in popular culture and I am trying to track down a few missing items. If you can assist we will acknowledge you in the exhibition.

We are aware that Kitaro visits Easter Island in a 1972 television anime. But we understand this story was either based on a manga or later translated into one. 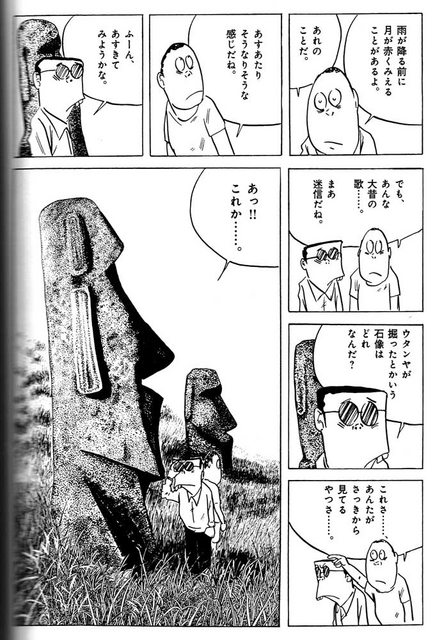 In which manga and how can I purchase/acquire a copy? 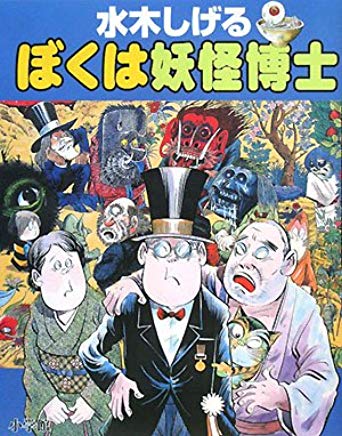 As mentioned in the comment, "Easter Island Epitaph" is the 35th episode in series 2 of GeGeGe no Kitaro (1971) anime. However, the manga the story was based on is not from GeGeGe no Kitaro, but from World Mysteries series, another original manga by Shigeru Mizuki.

As for the "Easter Island Epitaph" chapter itself, it has appeared in a few publications:

Unfortunately, the whole publications haven't been licensed in English, so there's no way to acquire it legally. However, for the original Japanese version, The Complete Shigeru Mizuki Manga Collection vol. 69 can be purchased on:

Sidenote: the reason why GeGeGe no Kitaro anime used another manga series was that there was not enough material to be adapted at that time. Out of 45 episodes, 23 episodes were adapted from non-Kitaro series.

Not the answer you're looking for? Browse other questions tagged gegege-no-kitaro or ask your own question.