How did Edward Elric transmute a car with different colors than the original one?

In Fullmetal Alchemist: Brotherhood, Edward Elric transmutes a car into one with different colors than the original. However, in alchemy, there is the principle of Equivalent Exchange. 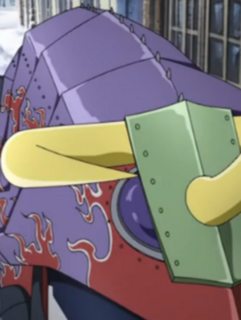 How did he create the colors that weren't there in the original car?

The Principle of Equivalent Exchange can be understood as similar to the concept of Conservation of Mass in physics and chemistry. In other words, the elemental identity and quantity of the materials used should not change. (The degree to which this is a good comparison is ambiguous. Early chapters of FMA suggest that it is possible to transmute gold.)

Color changes may result from chemical reactions, and even different compounds consisting of the same elements may have different colors. Thus, by the same logic, the Principle of Equivalent Exchange does not preclude the possibility of color changes in transmutation, since color changes do not necessarily require an obvious addition of a source of color.

The color of a car comes from paint, which has its color affected by its chemical components. Hence, it is unlikely that one can transmute paint of a certain color into that of any other color, particularly without the creation of chemical by-products from the transmutation process. (Edward's transmutation would have been messier had there been by-products.) However, color is a sufficiently superficial property that the animators did not think to worry about this detail.

5
Can gold be transmuted in the Fullmetal Alchemist continuity?

11
How does the equivalent exchange of alchemy work?
10
Why not simply “Metal Alchemist”?
3
How much time does the original Fullmetal Alchemist anime cover?
8
Why does Edward prefer to use his automail over Alchemy?
8
Can someone learn more than one alchemy?
5
Why did the Elric brothers only believe in one rule of alchemy?
10
When Edward and Alphonse try to transmute their mother, how come they didn't gain anything?
7
How did Edward manage to defeat Father?
2
Why can't Alphonse trade his alchemy for Edward's alchemy?
6
Why did King Bradley allow the Elric brothers, Hughes, and Armstrong to continue investigating the military?