What are the powers of the Sword of Nunoboko?

I have a few questions regarding this sword recently seen in Naruto manga (Chapter 651).

1st: How was this sword formed? I can see that it doesn't belong to the Treasured Tools of the Sage of the Six Paths. Is this forged or just formed from a special Chakra?

2nd: Does it have special abilities like the Sword of Totsuka wielded by Uchiha Itachi?

3rd: Does it have any connections to real-life history? Like the Treasured Tools of the Sage of the Six Paths related to the Chinese classic Journey to the West?

I have done an extensive research, but have not found anything useful. The wiki contains only its appearance and description from the recent chapter.

Madara once said will cannot be passed down.

I propose that he was right to a degree. Obito never met the Rikudo Sennin, he never saw him with his own eyes, he never heard his voice or touched his heart. Rikudo Sennin couldn't pass down his will to him.

"His passion and intensity, permeate throughout the blade...you could say this blade carries his very essence."

Obito has no passion. He has no intensity. He has purpose, he has desire, and he has determination. But emotionally? He's an empty husk scratching to reclaim his own life as he envisions it.

But Obito cannot use that sword. You can't borrow Rikudo Sennin's will and passion and subvert it for your own use. If what Obito said was absolutely true then that sword breaking was absolutely foreseeable. Lest Obito forgets Hagoromo chose his younger son to lead the way to the future. Of the little we know about Rikudo Sennin we know that he has already rejected Obito and Madara's past thousands of years before they were even born. So if it is his essence in that blade, then clearly it broke on purpose because it wants Obito to lose.

If Obito was simply speaking metaphorically then it broke because he does not have the will and emotional vivacity to use such a weapon. For a man with no heart and no identity, using a sword that was supposedly comprised of passion is completely impossible.

In other words, the Sage used his sword to create the world, life, friendship, etc. Obito is trying to use the sword to destroy all of that, but the sword simply cannot be used for those purposes. This is why the sword broke. 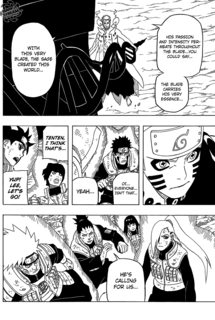 UPDATE: I realized this answer isn't entirely answering your question and that is partially because there are no definitive answers to your first 2 questions. Unfortunately, I don't know about Japanese/Chinese history to answer the third.

To answer the first, I believe anyone who has similar powers to the Sage of Six Paths can create one. So far, we have seen Obito wielding Rikudou Sennin's, Madara with his own, and this might be a stretch, but Naruto+Sasuke with their mighty sword.

Basically, the sword is a materialized version of the creator's will. By this, I mean that one of the requirements to make this type of sword is a very powerful will from its owner. I believe the sword Naruto had defeated Obito's sword was only because Naruto's will was stronger than Obito. Similar to what Amaterasu's Son was saying, I think Obito and his sword was not as powerful because the user himself did not have the will of fire.

Now let's talk about the abilities of this sword. All we know is that Obito said the Sage of Six Paths created the world with this sword. Madara's version for Obito also had his will in the sword. So despite not knowing exactly what the abilities are, we know that the sword's abilities will help accomplish their goals / will. Rikudou Sennin's sword was to create the world of peace, so that is what his sword abilities will complement. Although we don't know what exactly Madara's goal is yet, we do know he has some sort of evil plot to control the world. His sword will help him accomplish that goal, which is why he also passed it on to Obito.

The answer to your first question is that it was made by pulling the truth-seeking orbs surrounding Obito into the sword form it takes. This makes it formed from special chakra.

Second, all its special abilities come from it being made of the truth-seeking orbs, so see that page for special attributes.

Judging from the lore and legend behind it, and its name, I think it is supposed to be the Naruto equivalent to the Amenonuhoko (literally: heavenly jeweled spear), the weapon Izanagi used to make the world. All Obito's talk about the sword is grandstanding. It's just an awesome sword made from truth-seeking orbs. Naruto and Sasuke broke it by being just that strong and having lots of sage chakra to make that strength effective.

5
What are the ninja clans?
9
What are the six paths?
7
How can there be two separate bodies with the same souls?
4
Symbols given by Sage of the Six Paths to Naruto and Sasuke Chapter 672
5
Who names the powers of Mangekyō Sharingan?
9
Discrepancies between Kishimoto and the Asura Path?
5
Do Naruto and Sasuke lose their powers after the final battle?
3
What are the exact abilities of the Rinnegan?
1
After the loss of Kurama does Naruto have the Six Paths Sage Mode?