When is the Blu-ray release of Kaze Tachinu/The Wind Rises?

I have been searching for the (Japanese) release date of the Kaze Tachinu (The Wind Rises) Blu-ray.

As U.S. cinema release is in February 2014, so me being in the Netherlands means it might arrive in 2016.

So, when is the Japanese Blu-ray release?

As near as I can tell, there is (as of 22 Oct 2013) no announced release date for the Blu-ray/DVD version of The Wind Rises. However, the recent history of Ghibli films suggests a pattern.

As the astute reader will infer, this suggests that The Wind Rises will probably be released (on home video) in June 2014 or thereabouts.

UPDATE: The Wind Rises will be available on home video (Blu-ray and DVD) in Japan on June 18, 2014, just as I surmised.

You should know that the Netherlands does have a theatrical release before senshin's predicted DVD/Bluray release (and long before 2016). IMDB says that you should be able to view Kaze Tachinu on May 1, 2014.

can buy here and get it shipped http://www.cdjapan.co.jp/product/VWBS-1529 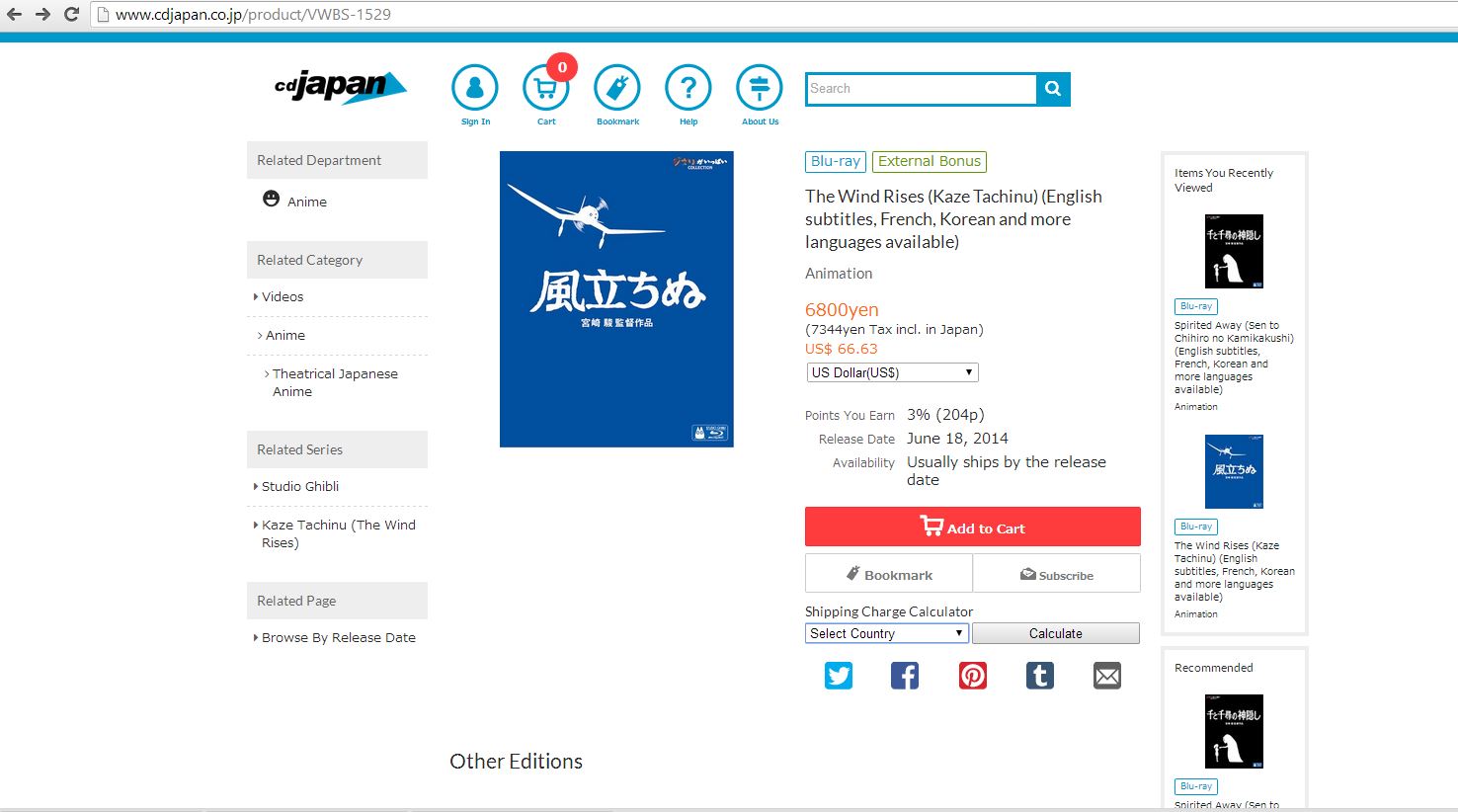 Not the answer you're looking for? Browse other questions tagged the-wind-rises .