What was changed into an immortal object?

In the first arc of Sword Art Online (episode 14, ~9:40), the boss whom Kirito fights activates something in a system console, and then a notice is displayed: "Chaged[sic] into Immortal Object". 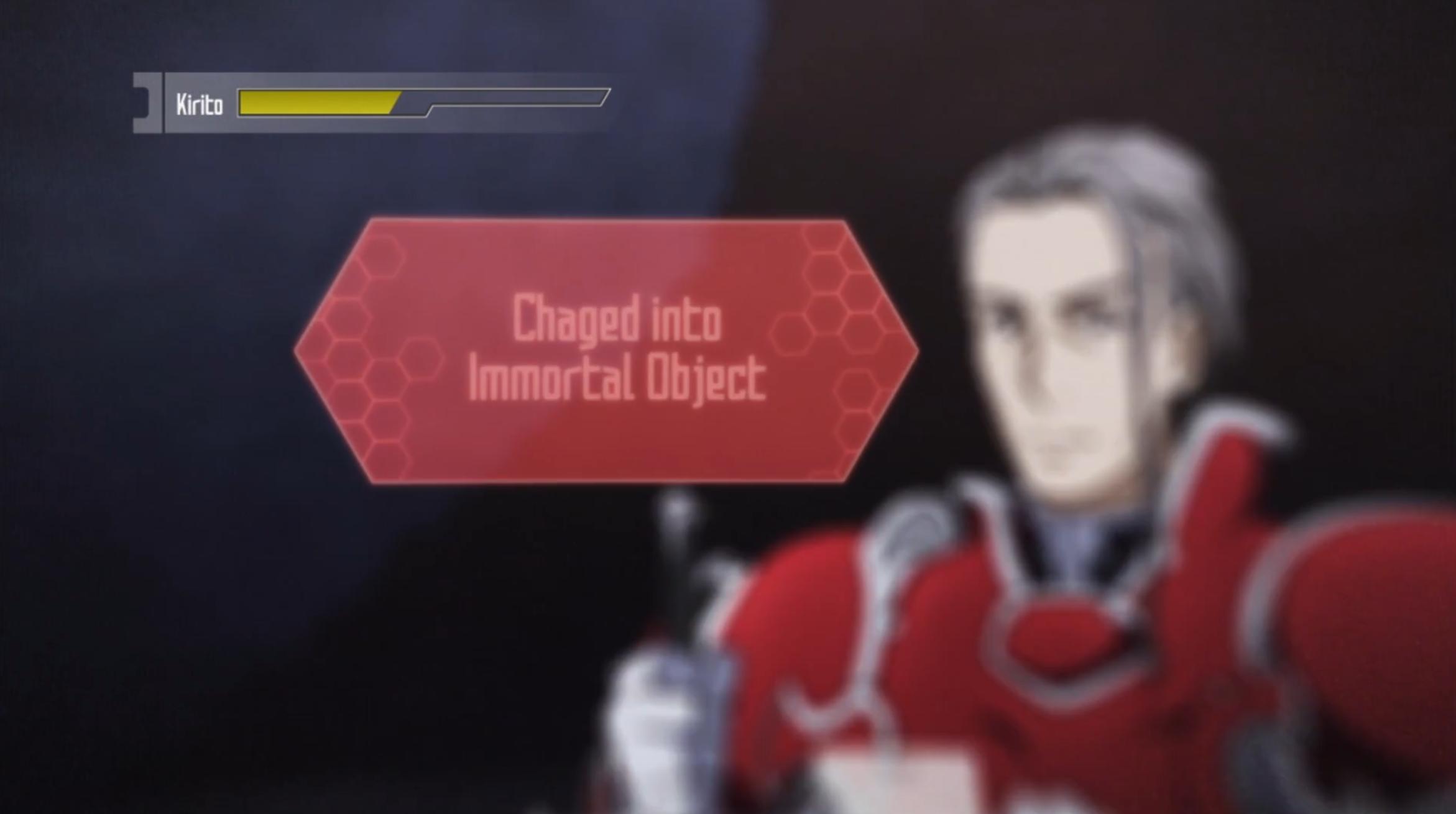 However, this message does not seem to make sense. Despite Kirito's request,

Asuna is slain by a one-hit KO as she attempts to defend him, and Kirito is consequently killed as well. His remaining consciousness then gives one more blow to Heathcliff, who dies. Thus, it is clear that none of these three characters was given immortal status.

As you say yourself:

While googling, I came across some posts on a forum which seems to say that it is a wrongly translated message and that it should say something like: "immortality status changed".
I'm not sure if it's accurate but it seems to tell the exact same thing.

That picture is false. I just rewatched that episode (episode 14 "The End of the World") and Akihiko Kayaba, or Heathcliff, is already immortal. He changed into a MORTAL object, so he and Kirito could have a fair battle. So, to answer your question, nothing was changed into an immortal object, and Heathcliff did, in fact, get rid of his own immortality. I believe the site you watched this on is a false source.

It was supposed to be "Changed into immortal object" also notice the ui is RED this time.When immortal object effect was on,it was PURPLE.Thus this means something like the immortal effect is disabled.

9
Can people log into SAO after the initial trapping?
14
What would happen if the NerveGear was yanked from someone's head?
5
Where was Sword Art Online published online?
9
Was SAO originally designed to be community-driven?
5
After what episode was each Sword Art Offline episode expected to be viewed?
2
SAO Kirito immortal in episodes 6 and 8?
2
Where was Kirito running to?
3
How was SAO copied for ALO when Kayaba said it was all being deleted after SAO was cleared?
5
What was Kirito's actual family name?