How can Levi be so fast when approaching the Beast Titan's nape in season 3 part 2? 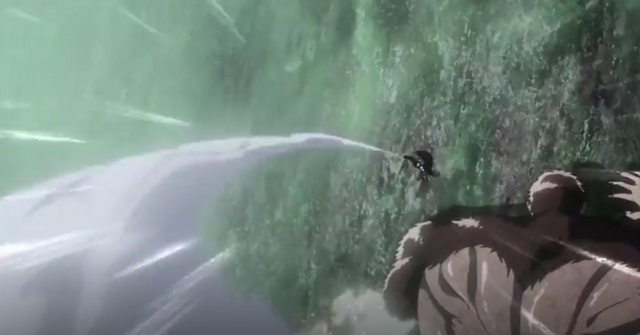 But back to Levi, there weren't any tall freestanding objects in sight, so how did he move so fast? Please don't say it was gravity. He wasn't falling, he was reeling. 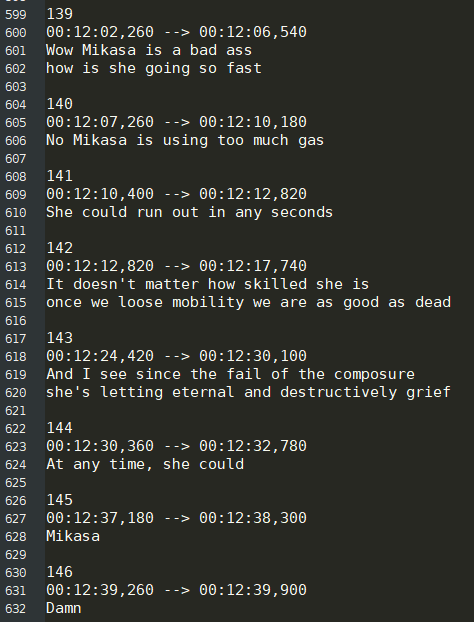 But how can they use more gas? There is no valve as you can see in the pictures. 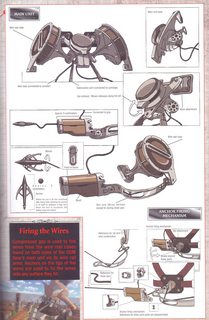 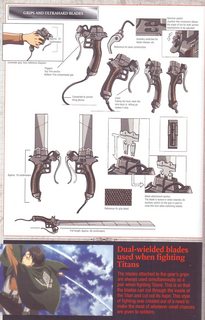 I re-watched episodes 7 and 8 from season 1 multiple times but they said:

No one knows how the ODM works except engineers

So I can only guess maybe they hold the "gas fire button" (as you can see in the second picture there are two buttons on the handle, the bottom button is for using gas) for a long time or maybe push it rapidly or push it with more power. I really don't know and I searched the whole of the internet and it seems no one knows.

The Ackermans have an "awakened power" displayed by some members of the clan. Levi Ackerman describes it as "knowing exactly what needs to be done, and it lets the Ackermans exhibit physical abilities far above the average human. Eren Yeager learns from Zeke that this is because they were the result of the old Eldian Empire experimenting with the Subjects of Ymir. They can manifest the power of the Titans as humans, without becoming a Titan or inheriting any of the Nine Titans. When awakened, the Ackerman gains the battle experience from every single Ackerman before them via paths.

You also can watch this video at 3:40 for proof of the ability of the Ackerman clan or Ackerman family.

People here are thinking too much about "how Levi can use more gas than the rest of the people".

TL;DR: Anyone can go super fast like Levi, but most people do not have the ability to use and using it wrong would most probably kill the user.

Almost no one can reach this type of ability, and THAT IS FINE. Not everyone is a superhuman like Levi. Mikasa is the best one in her squad and became stuck without gas in the middle of the titans. Using a lot of gas is useful just if you can use it well enough to be worthy.

I can go further and I will cite this utilization in real life: one F1 Racer, maybe the best one yet, Ayrton Senna had one technique in his races, he made the turns using the thruster, brake, and clutch at the SAME TIME. Just like Levi, he burns a lot of gas and needs to refuel more often but he got a super advantage because his motor was with super high RPM at the end of the turn and because of that he got a huge edge against his rivals. Any other racers that try to use that technique that can't control the 3 pedals will burn more gas, can miss the turn, and even cause one accident. So for the other racers, is it really worth the risk? Mostly no, unless you are a genius.

And that's the reason. If you want to go even further, to use the DMT fully, you need not only incredible reflexes but also needs to fix the hook in ways that you can use your previous thrust to increment and keep going. If you go fast and your fixpoint is bad, you just burned a lot of gas to go faster and a lot more to go slower. It is one huge disadvantage in the SNK universe where gas is very limited.

So that's it. The bonus part is that if you go too fast, you can also hit something and die. And in SNK, it would definitively happen.

6
How fast is the 3D Maneuver Gear (3DMG)?
0
How hot would the Colossal Titan's temperature be?
4
Why didn't Annie take Eren out of his Titan when she kicked and beat him in the head during their fight in Stohess?
1
Why isn't the Beast Titan at the start of season 3?
0
How did the Scouts know that Mike Zacharias died?
1
Did the beast titan walk all the way to the wall, and can the Beast Titan run?
3
How fast is the Female Titan?
2
Why don't titan shifters keep their napes hardened all the time
1
Why didn't survey corps climb on top of the walls to avoid boulders of beast titan season 3 part 2