What happened to Koufuu Hino?

In From the New World (episode 18), during the Summer Festival attack, Koufuu Hino is protecting the people: 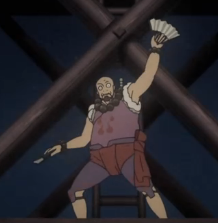 And he got killed by a sneak attack from the Monster Rats.

Upon his death, uh, his eyes kind of shot a beam of light into the sky, and a figure of a woman appeared. Apparently, she smiled at Saki.

What exactly happened there? Who was that woman supposed to be? 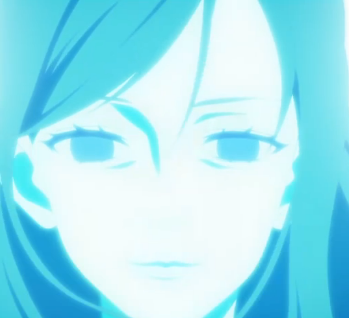 This scene was never actually explained as far as I'm aware.

It's possible that it was his Cantus leaving his body and returning to Heaven, as he states "the art within me is losing it's flame," which may be a reference to the ceremony when one receives their Cantus, during which they look into a flame and say their Mantra. However this explanation doesn't explain who the woman is. (but doesn't she look a bit like Saki?)

Perhaps she was a hallucination by Saki. She did have a few of them that night after all.