What is the difference in height between Midoriya and Mirio Togata?

According to the My Hero Academia Wikia the difference in height between Midoriya and Mirio is 15 cm. But in this shot from season 4, Midoriya is at least a head shorter.

Are Midoriya and Mirio Togata’s heights in the right proportion? What are their real heights? 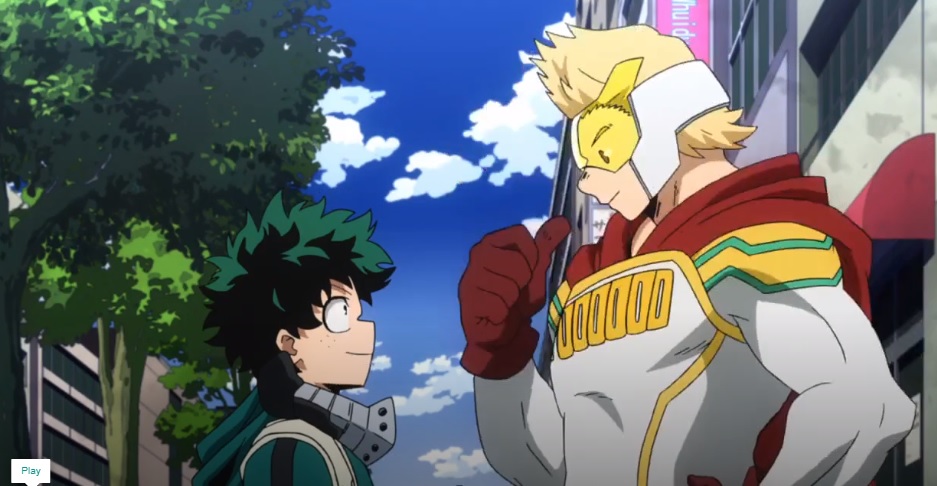 The wiki heights are correct, the anime just likes to exaggerate size differences.
Even if it's a pretty big exaggeration in this case.

Here in this picture Midoya is 520 pixels tall, about the first top 145 of those pixels cover the part shown in your screenshot.

Your picture is higher resolution / from closer to the characters, and Midoya is 225 pixels tall there (I cut off the top of his hair), and Mirio is about 230 pixels taller (attempted to compensate for the head slant).

To see if this is a one-time occurrence (not all shows are consistent, after all, let's have another quick look at this picture: 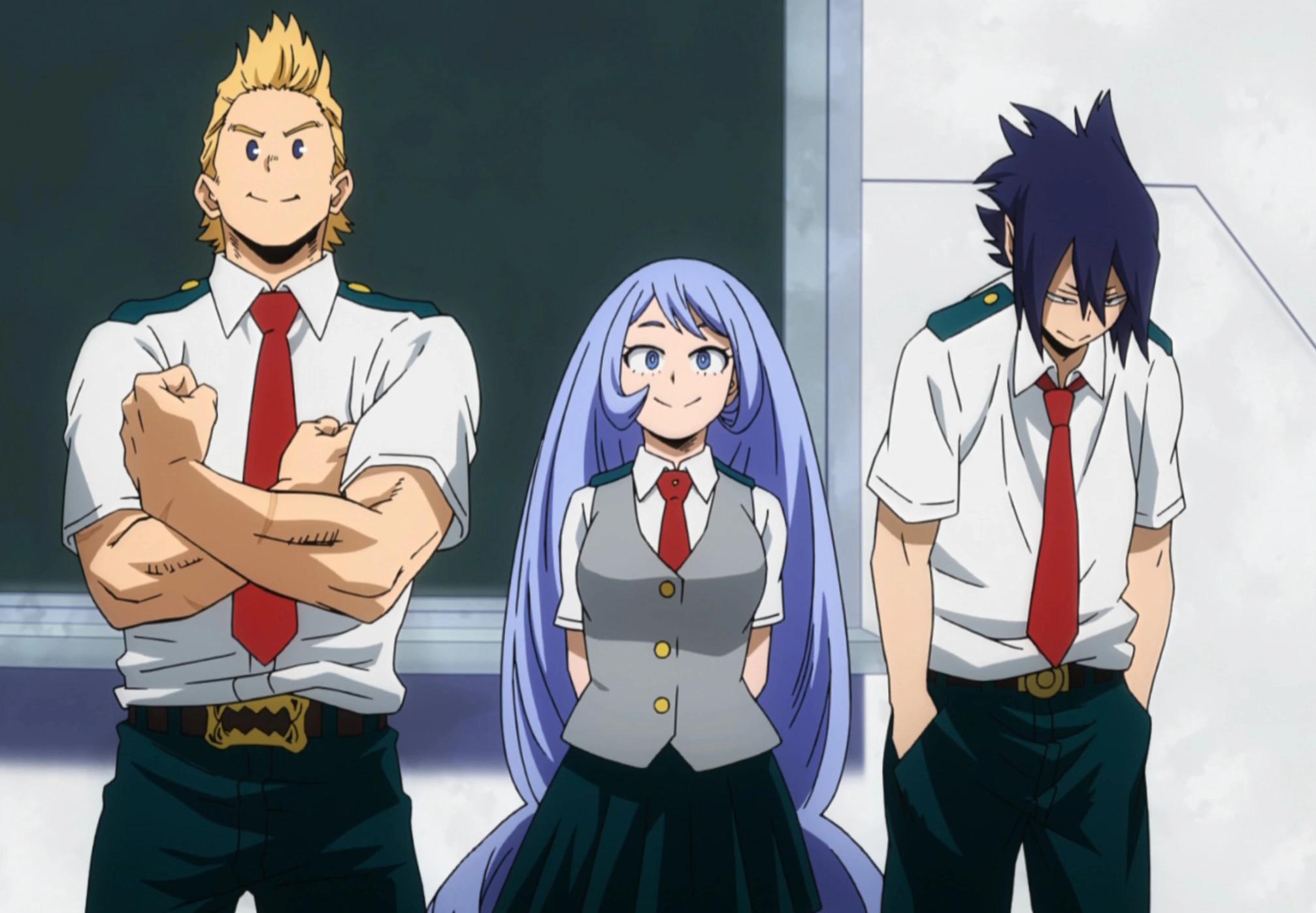 Nice upright poses for both Mirio and Nejire, and as an added bonus Nejire is only supposed to be 2cm shorter than Midoya.
Yet, again, there is a huge difference between the two. Using the same logic (and this Nejire reference picture from the MHA wiki): 164/510*290/1005*290 = 27 centimeters.

So, Nejire in that shot in more on equal footing with Mirio than Midoya in your shot, despite her being 2cm shorter 'officially'.
This can be done for narrative purposes, or to just make the composition of a shot work better.
But the values listed on the wiki are always the reference values worked with, they're just not always strictly adhered to.

12
Why does Todoroki look different between the 1st and 2nd season?
3
Why All Might could handle the power of One for All at once and Midoriya couldnt?
4
Why is Midoriya's power so low according to the official character book?
1
How was Shoto Todoroki able to resist One for All?
2
What's the difference between semi-pro and pro heroes?
0
Which chapter of the manga does Kirishima unbreakable form appear?
1
Can Kai Chisaki fuse with anyone?
3
What is the difference between Hero Killer Stain and Hero Hunter Garou?
3
Why is Midoriya from My Hero Academia compared with Naruto and called "green Naruto"?