When Jiraiya unsealed Five Elements Seal Naruto easily walked on water. Could it be that Eight Trigrams Seal was reason why Naruto couldn't control his chakra properly? 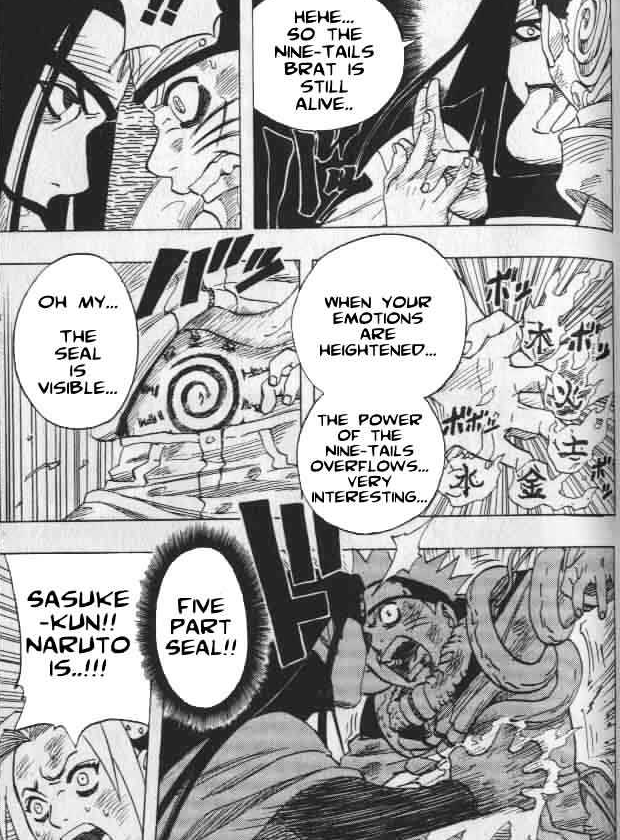 As we see, Orochimaru is in the midst of his mission to inflict his curse mark onto the heir of the Uchiha, Sasuke who he has chosen to be his next host. Running into the Jinchuriki of the Nine-tails was an unexpected boon and Orochimaru opportunistically applies a seal over the already existing seal to further restrict the Chakra flow. In the panels before Jiraiya undoes the seal in Ch 90 he notes obstructive nature of the double seals. 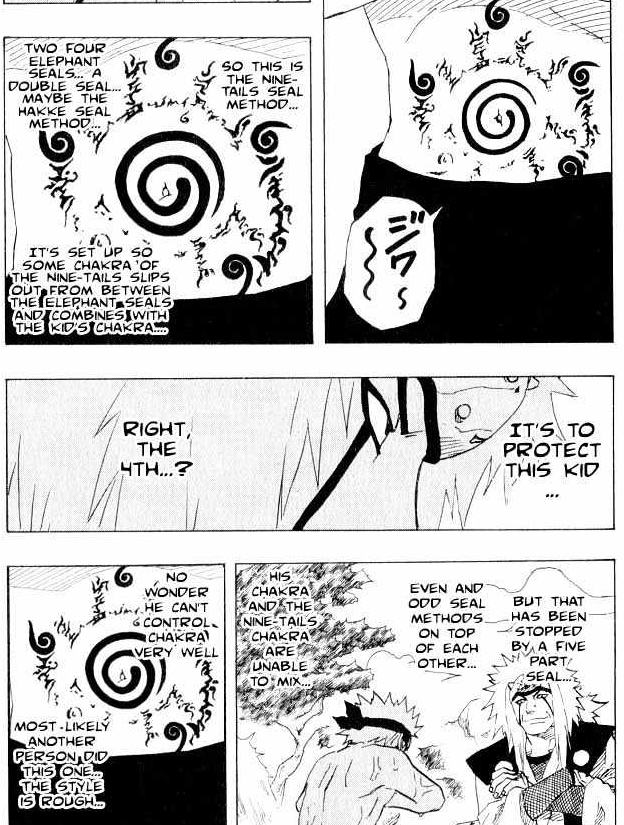 In the panel below that, Jiraiya correctly suspects Orochimaru is the one who added the 5 prong seal. Naruto has always had trouble with precise Chakra control unlike Sakura and often Sasuke but he hasn't been hard-stuck like he was while learning water-walking before.

15
Did Jiraiya meet Naruto by chance?
7
Why didn't Naruto learn the basics of chakra control?
12
What happened to the Kyuubi's chakra after Orochimaru releases the Dead Demon Consuming Seal?
2
How do the 3 sannin know about using Five Elements Seal on Naruto?
5
Why didn't Minato make himself also the Yin-Kurama jinchuuriki?
5
Why didn't Naruto pass the academy exam when Lee was able to?
8
Why did Orochimaru go for Sasuke instead of Naruto?
2
Can the Nine-Tails now leave Naruto's body at will?
6
Why doesn't Minato use the Eight Trigrams Sealing on himself?