What's the difference between Father, Van Hohenheim, and the main Homunculi?

After rewatching most of FMA: Brotherhood, I'm a bit confused.

In Episode 40, Van Hohenheim explained that he's a humanoid form of the Philosopher's Stone. What difference does it make from the main Homunculi (Pride, Wrath, Envy, Gluttony, Lust, and the others) who use it only as an energy source?

For example, Wrath was a regular human being before he got the Stone, compared to Hohenheim who is the Stone itself. What are they different in?

Also, is Father the same? Since he was a Homunculus too (or whatever, I'm not even sure...), but he got the same "reward" in Xerxes as Hohenheim.

So, what's the difference between Father, Van Hohenheim, and the Homunculi?

It seems there are four different components you're addressing here, so I'll make the differences for each one clear. 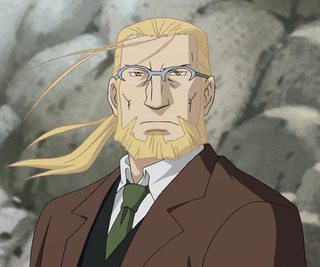 Van Hohenheim, also known as slave #23, was a citizen of Xerxes and a regular human being who was employed by King Xerxes' alchemist. This alchemist was an experimenter, and managed to create a being, the Dwarf in the Flask, as a result of alchemy.

Homunculus (in the Flask) 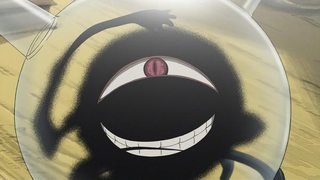 Homunculus, better known as Dwarf in the Flask, was created by the King's alchemist (as briefly mentioned above). This alchemist (who is not named) was experimenting with the Gate, and brought forth some of the essence of "God" to create the Dwarf in the Flask, the first true homunculus. He has no physical form, and can only reside within the glass flask he was created in. 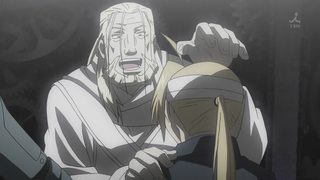 Father is the result of mixing the Dwarf with the Xerxes transmutation circle: The Dwarf in the Flask used some of the power from the resulting Xerxes transmutation to give himself a false human body (based on Hohenheim's). As Hohenheim states, Father started out as nothing more than the same Dwarf, contained inside a human "flask" (rather than a glass one).

As you see in the series, he later evolves quite substantially; he is the one who swallows God, and becomes the ultimate being. However, he is not a real human; he remains a homunculus (a manufactured human). 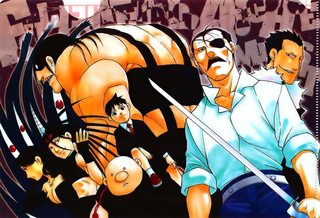 Greed (at least, the second one) and Wrath are both already human, and have souls put into them. In fact, Hohenheim and Greed-Ling do not differ in their abilities, essentially. They both have life extended by their philosopher's stones, and both have true, human bodies. Wrath is no different, except that he only has one soul within his stone, and so cannot regenerate, and also gets older with time.

Van Hohenheim, a human, unknowingly assisted Homunculus (the Dwarf in the Flask), in using the population of Xerxes to fill his own body with thousands of souls, while giving The Dwarf the false human body we see as Father. Father later uses his stone's powers to create the homunculi, the seven sins that we see. Greed-Ling and Wrath are just like Hohenheim, just having their own weaknesses.

Hohenheim was a human once; he was originally a slave in Xerxes and as per slaves was never taught how to read or write. However, he met the "Dwarf in the Flask" who taught him Alchemy and tricked the rulers of Xerxes to create a Philosopher's Stone. Since Dwarf couldn't leave his flask he had Hohenheim act in his stead and the two were the center point of the nation-wide array.

Hohenheim was turned into a living stone while Dwarf was able to get a body similar to Hohenheim's (Hohenheim however describes it as a "Leather Bag" that Dwarf can't live outside of just like his flask).

The Homunculi Dwarf AKA Father created are born from his Stone and one of the 7 deadly sins to not only carry out his will but to make him different from humans (In the end Hohenheim confirms this by asking if Dwarf though by extracting the 7 sins would that make him any less human), the personalities of the Homunculi themes from these sins however most were just experiments like Gluttony being an attempt to create a Gate, Wrath being the first human to be infused with the Stone (later we see it happen with Greed) and I think Pride was an attempt to create a new body and I think Envy was an entirely different form of life.

All of this is just what I've picked up on watching the series so it may be speculation in some places.

I think it should be noted that Van Hohenheim was at the center of the transmutation circle, so in my theory he became a philosopher stone that's based on a human body with one dominant soul, whereas Greed-Ling and Wrath had their stones injected into them, which is similar but kinda a cheap knock off of Van Hohenheim.

I think it's also worth noting that maybe not all homunculi have equal souls since each one has different powers. Take Envy for example. He can absorb more and more humans and add to his soul count. It could be said that he might need to constantly add souls over and over again because his transformations use up a lot of souls.

I also have another little, unrelated theory: what if Ed and Al have larger souls than normal human beings? Like what if when Van Hohenheim reproduces it's like filtering a portion of the souls into a single being? Then Ed would have an abnormally large soul for a human being, and when Al was born he would have a larger soul than a human but not as big a soul as Ed's. Because of their larger souls, they age at different rates than other people. Since Ed ages slower than Al, he would be shorter than his younger brother because he's aging slower,

so when he gets impaled and uses his own soul as a philosophers stone, he shortens his life span so he ages quicker and grows taller by the end of the anime.

Before I continue you need to understand something: As most of us know, in the FMABH universe a Philosopher's Stone is created using human souls. Though it isn't exactly specified it is hinted that it takes hundreds of human souls to create even a single 'false stone' such as the one used by the Ice Alchemist (in the first episode of FMABH) or the first one used by Kimbly in Isval. These stones are no larger then the size of a pebble and contain immense power to the point that they are capable of giving power to the Homunculi.
Now the purpose of the NWT is to sacrifice everyone over an extended area, such as Amestris or Xerxses, in order to make a Philosopher Stone. Now we do some math. As I said it is hinted that it takes hundreds to create a stone. Now lets just say that it takes three hundred for the sake of this equation.
p-people
s-stone
300p=1s
Now Amestris has a hefty population of fifty million at the time of FMABH. So lets do that math.
50,000,000/300=166,667 (rounded up)
Now since this was used on both Hohenheim and the Dwarf in the Flask that means it needs to be divided by two.
166,667/2=83,334 (rounded up)
That means that if it really was split equally, Hohenheim and the Dwarf in the Flask (now referred to as Father) both have eighty three thousand three hundred and thirty four Philosopher Stone's inside of them.

Father spared Hohenheim due to the fact that he saw Hohenheim as a good friend. The two parted ways for obvious reasons and went on there ways. Let it be noted that neither are human at this point. Even Hohenheim is now a living breath Philosopher Stone meaning he is not a human. Now in regards to Wrath (King Bradley) he was a human. However when given the Philosopher Stone he became kind of a Homunculi.

Think of it this way. True Homunculi=Robot while Wrath=Cyborg. Both are similar but obviously are different such as Wrath's aging.

That should answer all of your questions except the last one which cannot be answered. It actually says in the anime that Hohenheim and Father each have half of the souls Xerxses and this is where it gets confusing. While Father spent the next hundreds of years making Homunculi, using his powers, and ruling a nation Hohenheim made a family. This honestly even confuses me since it seems that in the battle between Hohenheim and Father that Father would've won easily. Also how is it that when in the tunnels below Risenbol that Pride is capable of nearly defeating Father? These things make little sense to me but I have a small theory.

Father create Hohenheim's body as a 'gift' since the two were 'friends'. However I don't see somebody as evil as Father giving Hohenheim a fair trade. I believe that Father kept more souls and the anime simply doesn't explain that for some reason. This would also explain how Hohenheim is capable of talking to and coordinating with the souls within his body since he would have less souls. So basically I don't believe they are the same since I believe that Father has like eighty percent of the souls instead of splitting them fifty/fifty with Hohenheim.

I hope this helped!

Father most likely got more powerful because he kept making more Philosopher's Stones over the years with his experiments while Hohenheim had obviously no interest in that.

19
Why is Wrath so human?
15
Why can't The Dwarf leave the flask?
18
How did Homunculus come into being?
8
What is inside the Gate of Truth?

131
What's the difference between the FMA and FMA Brotherhood series?
7
Why is Pride's name different from the word "pride"?
9
Why isn't Lust covering up her tattoo?
7
Why do the Homunculi look the way they do?
6
How/when did Van Hohenheim change his name?
12
If Van Hohenheim is a living Philosopher's Stone, what does that make Edward and Alphonse?
4
How does Father prevent the use of alchemy in Fullmetal Alchemist?
0
The Homunculi names in Full Metal Alchemist 2003
2
Full-metal Alchemist Brotherhood: Why didn't Edward use other better alternative over sacrificing his alchemy to get his brother back?