Why was Ash's Pokedex replaced?

At the end of the Orange League season (Episode 118 "The Rivalry Revival"), when Ash talks with Professor Oak and decides to continue travelling to the Johto region, Prof. Oak gives him a new Pokédex. In every new region Ash goes to, he get a new Pokédex to catalogue the new Pokémon living there. 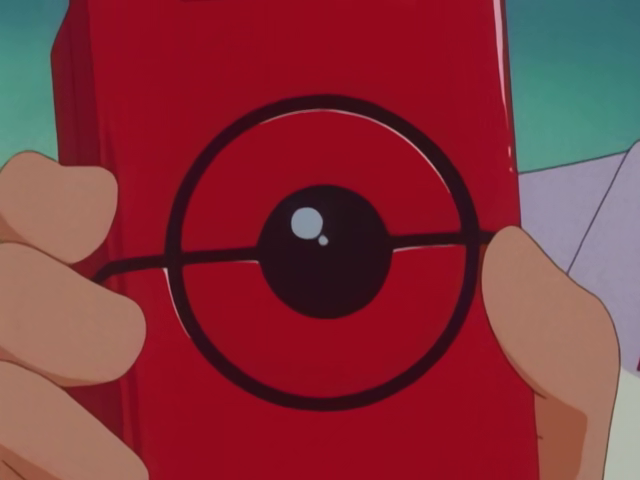 Strangely enough, though, in episode 50 "Who Gets To Keep Togepi", Oak tells Ash there's a new upgrade to the Pokédex, saying "Well, now you can get details on all the latest Pokemon discoveries", and upgrades Ash's Pokédex. 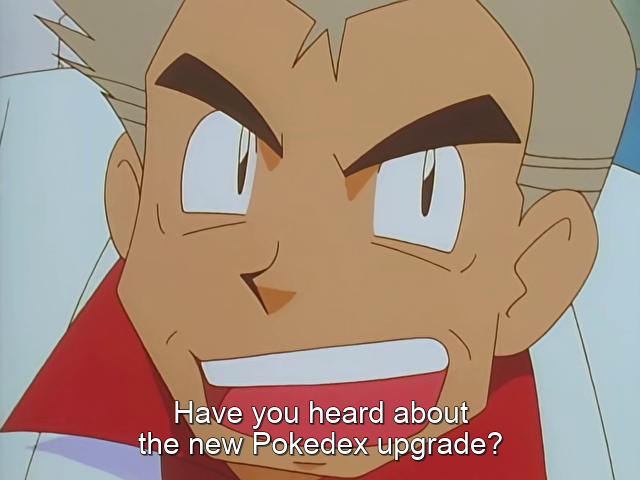 At first it really wasn't clear why Ash should get that upgrade, but later in the same episode this question is cleared up, as Ash gets to see Togepi and says "Hey, now that Dexter is been upgraded he'll know the answer". Although Togepi is from the next generation, the Pokédex now has the info on Togepi (although it does say that more info about its species is still unavailable) rather than saying "there are still Pokémon yet to be identified" like in the first episode with Ho-Oh.

Anyway, this upgrade seems to make the Pokédex know the species in the 2nd Gen, which makes me wonder why Ash needs a new Pokédex for the Johto region since the Pokédex had already been upgraded to know the Johto Pokémon species, and we don't see any great difference in the new Pokédex except its design.

(Although it may need evidence, since the Pokédex clearly says the there's not much data on Togepi, since it's not new the Pokédex might say that like in Ep.23 "The Tower Of Terror" the Pokédex said the same about Gastly, Haunter and Gengar.)

In Season One, ep66 "The Evolution Solution" Ash and his gang are going to Prof. Westwood, who programmed the Pokedex, once he sees Togepi he says "Now that's interesting Pokemon" after Misty asks "You mean Togepi" he says "I've never seen another Pokemon quite like that". although this may lead to a plot-hole as with Ash's Pokedex had been upgraded to know Togepi, as in the question, it may not be so much a problem since the Pokedex itself said "there's not much data" to imply that Prof. Westwood though he didn't have much data but may have heard about species like Togepi and insert that little information he heard and the Pokedex Associate the information to Togepi.

Anyway, to the question, Prof. Westwood soon tells Misty "Yeah, and I'm updating all my research materials about the rarest legendary Pokemon!", so it is safe to say that is exactly the new Pokedex Ash received before going to Johto since Westwood said itself that he is currently in updating his materials as the early upgrade Ash gets not to contain expensive data on Gen2 Pokemon and only after that update Westwood worked on the next Pokedex Generation. (support @f1Krazy comment) 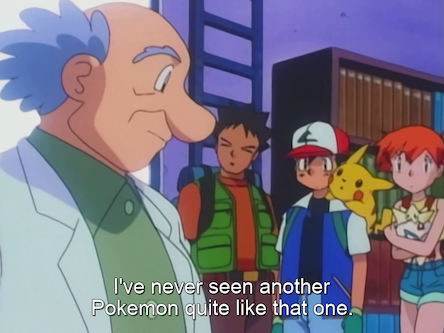 And the evidence for that (although it's in the Advance series its still evidence that Westwood discovered new information) is in Advanced Challenge ep4 "The Princess And The Togepi" the Pokedex has much larger information about Togepi than the first Pokedex. 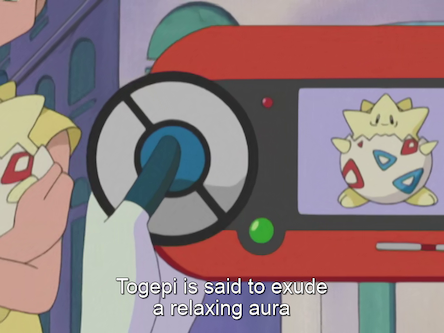 20
Apart from Togepi and Ho-oH, What out-of-season pokemon have there been?
9
Is "Payday" Money, real money?
6
Is Ash's Pikachu stronger than regular Pikachu?
10
Does Ash ever re-encounter his Butterfree after Butterfree's Goodbye episode?
1
Why is Greninja Ash's only bonded Pokémon?
2
Where did Ash's Haunter go?
0
Which of Ash's Pokemon faints the most?
8
If a Pokémon trainer loses a gym badge can they get it replaced?