How powerful are Koharu Utatane and Homura Mitokado now? 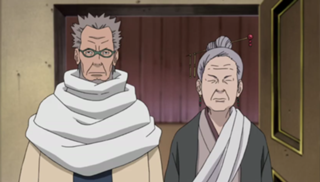 They joined the council after Hiruzen becomes The Third Hokage. According to naruto Wiki:

When Hiruzen became the Third Hokage, Homura and Koharu became his councillors. With their years of experience and knowledge and their unending effort to make Konohagakure a better place, they eventually gained similar respect and social status as the Hokage himself.

But it is known that before that, they're member of Team Tobirama, that also included Sarutobi Hizuren and Tobirama himself. They fought together during the First Shinobi War. So in this time their power could be compared to Hiruzen? 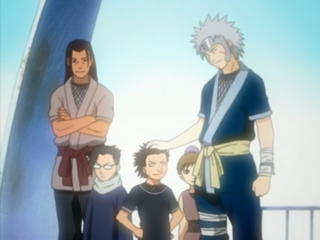 So, How strong are they now? Have they ever fought again after team Tobirama was dissolved?

Both of them were trained along with Hiruzen (the third hokage) by the first and second Hokage (Hashirama and Tobirama) so we can assume them to be quite powerful considering that they participated in the First Shinobi War as well. As of now, they weren't shown in combat at all, not when Kyubi attacked the village or not when Pain eradicated the village. I believe it'll be safe to assume that they have technical skill and experience that they have gained over the years but since unlike lady Chiyo, they don't use puppets or any other tool to help them in combat, they're pretty much off the floor.

They're probably reasonably powerful, but it seems unlikely that they'd even be as powerful as Danzo was, and right now compared to the god-like power of Naruto, Sasuke, the Hokages, the Sage and his mum, their power is most likely basically insignificant.

15
When did the Kin/Gin Brothers get their Nine-Tails power?
12
When did Kakashi and Obito awaken their Mangekyou Sharingan?
20
Who is the strongest Hokage?
2
Is it possible to cultivate Sharingans?
5
Do the trapped souls in the Reaper/Shinigami suffer?
0
How powerful is the Rinne Sharingan?
1
Why were the Chidori and Rasengan ever regarded as powerful jutsu?
7
How did Hiruzen Sarutobi summon Enma when he was a reanimation?
4
How powerful was Fugaku's Mangekyō Sharingan?