If Konoha was all about the Will of Fire, team work and never leaving behind comrades in need, why was Sakumo Hatake punished so bad?

There's so much emphasis on being there for your team members, I don't understand why Sakumo Hatake was looked down on for saving his comrades and abandoning his mission, to the point he committed suicide. It's a part of the story I find inconsistent.

It wasn't the fact that Sakumo chose to save his comrades that lead to his disgrace. His decision to abandoned the mission caused the mission to fail, which was supposedly very critical for Konoha for it to succeed. His allies (Konoha and those who he saved) blamed him for the loss, which lead to his suicide.

This is covered in Naruto Chapter 240. 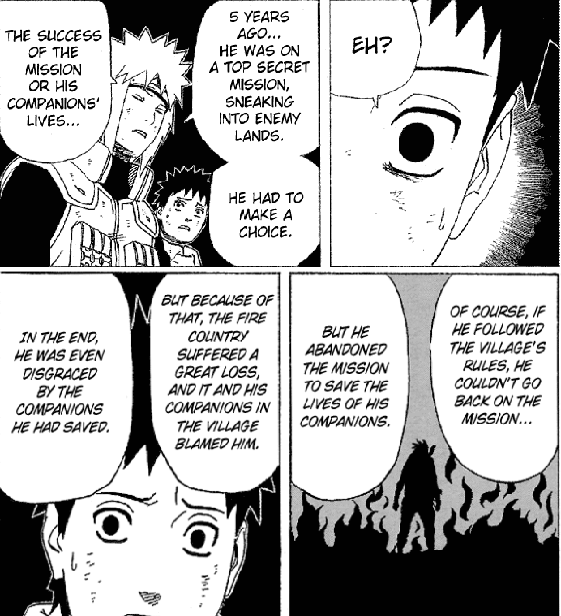 I think that Konaha village at the time was not so forgiving. Missions were given top priority. If he had abandoned his comrades to complete the mission, he would have been praised as a hero, of course except by the family and friends of his comrades he abandoned.

Even if Konaha village emphasis on being there for your team members and the will of fire, there are very few people who in actuality carries this will, most of who end up dead. This speculation is before the Naruto's time. Think about it, there was Dan Kato (Tsunade's lover), Nawaki (Tsunade's brother), Hiruzen Sarutobi, Asuma Sensei, Jiraya, Itachi and the list goes on.

Konaha might seem like a bright place at the first glance, but there were so many bad things hidden in the shadows, like Anbu black ops lead by Danzo, Orochimaru's secret experiments, even people who viewed naruto as a monster. Only after Naruto began to accumulate some achievements did people began to recognize that yeah! we should have each others back.

In most of these cases, Naruto worked exceptionally hard and always remained optimistic, and managed to save his comrades and was able to either complete the mission or achieve acceptable results. I hate to admit it, but in many cases he got lucky, either he received help from nine tails or someone barged in at the right moment or something or another. But this was not true in case of Sakumo Hatake, because of him the mission did end in failure and there were heavy losses.

Sakumo Hatake just got unlucky to be born at the time or not receiving help at right time and many other things. Lastly, although his decision to save his comrades was right, his decision to commit sucide and living behind young kakashi sensei was incorrect.

8
How did so many people get away with cheating during the written portion of the Chunin Exam?
1
Why was Kakashi Hatake doing all of the hard work in the episode when they first fought Zabuza?