Is Light's insanity influenced by the Death Note, or did he make himself become that way?

Then again, in the manga Light's behavior is a little different than in the anime, when Light fears in his bed and mentions his nightmares (and I don't remember Light saying the above in the manga) while in the anime such behavior is not mentioned at all, so it might even be some difference between the anime and the manga.

Anyway, the question is: what influences Light's insanity, the Death Note or his godly craziness, and does this differ between the anime and manga? 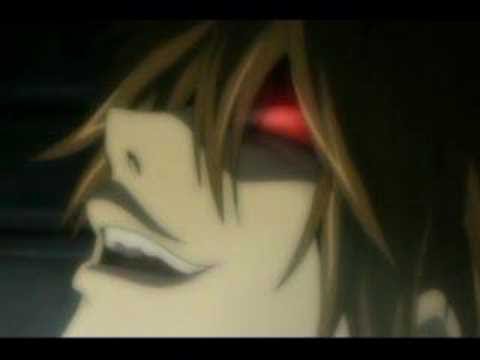 I've only read the manga, but from what I remember, the relationship between Light's craziness and the Death Note is complicated. The Death Note facilitates a lot of the steps he takes on the road to craziness, but things could have played out very differently if not for elements of Light's personality that we either see very early or can infer from what we know about his past. (Spoilers ahead, by the way.)

At the beginning of the series, Light is in his late teens, has grown up comfortably in a middle class modern Japanese family, and has been a popular, handsome, academically gifted student his entire life. People have been telling Light his whole life how wonderful and smart he is. This upbringing could easily make a person think very highly of themselves. And it could also easily make a person look down on others who aren't as smart or handsome as they are.

The Death Note drops into his lap, and after getting over his initial disbelief, Light comes up with an idea. He plots out a whole plan to change the world by killing criminals with the Death Note, eventually using the fear he creates to discourage all crime, and even merely unpleasant behaviors. For anyone to believe they know how the entire world should be organized is arrogant. For an eighteen-year-old who's never experienced anything but comfortable living and people telling him how smart and handsome and wonderful he is, it's the most ridiculous heights of arrogance. But Light barely questions himself. He does get scared and hide under his covers in one scene, but he's just committed his first murder and found out the Death Note is real, so there's a lot going on there. He ultimately does decide to enact his plan.

He starts using the Death Note to enact his plan, catching L's attention. He fights to stay ahead of L, and later Near and Mello, using every resource available to him. He takes obvious pleasure in winning and in manipulating other people, such as Misa and the police on the task force. He becomes more and more sure that he knows how the world should be run, and takes steps to solidify his control. When he finally does lose in the end, he doesn't go down gracefully. He screams, blames his allies, hurls insults, and tries to kill one last person with the scrap of Death Note hidden in his watch before being shot by Matsuda and then finally killed off by Ryuk.

There was definitely something in Light's personality that made him think his will should be imposed on the world. There was definitely an arrogance that made him think he was morally superior enough to start killing people to achieve his goals. But without the Death Note, he would never have had the tools to do what he did. So in that sense, the Death Note made him a murderer; with the tool for easy, consequence-free murder in front of him, he went right ahead and used it. The way he thinks about what he's doing seems to shift as things go on. Murder becomes less and less of an issue for him, and he shifts from murdering only criminals to murdering just about anyone who gets in his way, including his own father. And that too probably wouldn't have happened without the Death Note. The Death Note made murdering easy, convenient, and consequence-free (or so he thought, since he believed he could outwit anyone who came after him). He already looked down on other people. In his most charitable moments he thought of them as poor benighted fools who needed his protection. Usually he thought of them more as either pawns he could manipulate or roadblocks to be destroyed, and he shifts more and more to that way of thinking as the series goes on. So as he commits more and more murders, the idea of committing one more, of killing one more disposable inferior human, barely registers as a concern. So he kept murdering, and got in too deep.

But at the moment L started coming after him, Light could have decided it wasn't worth the risk and stopped using the Death Note. He didn't, because his arrogance would never allow him to admit defeat. When L pulls the trick with Lind L. Tailor and gets Light to kill his double on a global TV broadcast, Light doesn't get spooked and back down and sink into obscurity. He ramps up, declaring war on L, and that spirals out into everything else that happens after that point. So his personality, his arrogance, pushed him into the situation where he had to kill more and more people to stay ahead. That's all on Light; the Death Note didn't make him do it.

TorisudaTorisuda
12.3k1010 gold badges4545 silver badges110110 bronze badges
3
Add a comment  |
-1
Want to improve this post? Provide detailed answers to this question, including citations and an explanation of why your answer is correct. Answers without enough detail may be edited or deleted.

I think it is just Light in his pure essence, what I mean is that he is like that, but the power of having the Death Note motivates him to show his darkest side, no more limits or fear.

48
Do people who use the Death Note become Shinigami themselves?
3
When did L switch the 2nd Death Note in "The Last Name"?
5
Why was Ryuk tied to Light's Death Note?
1
How did Kal Snyder end up as the death note owner?
5
Why does Light Yagami shuffle the two death notes?
15
Can Ryuk be killed with the Death Note?
14
Is Ryuk required to write Misa's name in his Death Note at the end of her life?
6
Did Minoru die because of the Death Notes' new rule or because Ryuk wrote his name in a Death Note?