What is the origin of the soul-to-sword trope?

What is the origin of this trope? Does weapon personification have roots in Japanese folklore?

According to Shinto, everything has a spirit, including man-made objects after 100 years. The personality of that spirit will reflect how the object was handled, and according to folklore how it looks; function giving form. That's why Soul Calibur looks and acts evil.

Soul separation is not unusual during psychosis brought about by substance and/or illness.

In classical literature, The Tale of Genji (ca. 1000) describes the "well known" episode of the ikisudama (the more archaic term for ikiryō) that emerged from Genji's lover Lady Rokujo, and tormented Genji's pregnant wife Aoi no Ue, resulting in her death after childbirth. This spirit is also portrayed in Aoi no Ue, the Noh play adaptation of the same story. After her death, Lady Rokujo became an onryō and went on to torment those who would later become Genji's consorts, Murasaki and Onna-sannomiya [ja].

The oldest sentient weapon (before 2144 BCE) I found is Sharur, "smasher of thousands" and symbol of the Sumerian/Akkadian god Ninurta. It not only talks and provides a way to talk to the god Enlil, it flies and can turn into a winged lion. Sumerian mythic sources describe it as an enchanted talking mace. It has been suggested as a possible precursor for similar objects in other mythology such as Arthurian lore.

Soldiers in China were trained in unarmed combat as early as the Zhou Dynasty, 1022 BCE to 256 BCE, between Bronze Age wrestling/weapons and Iron Age gladiators, possibly inspired by the 18th century BCE Babylonian Gilgamesh epic and 8th century BCE Greek Olympic Competition, but punching and kicking is over 5400 years old.

"Body as a weapon" and "weapon as extension of the body" just need some mythical ki (Destructo Disk) or other magic (Power Pole, Fireball) to stand out. The earliest sword made of soul energy might be Marvel's Soulsword from April 1983, or perhaps the sword mentioned in Relevation 1:16:

He held seven stars in his right hand, and a sharp two-edged sword came from his mouth. And his face was like the sun in all its brilliance.

"The pen is mightier than the sword" is a metonymic adage, created by English author Edward Bulwer-Lytton in 1839, indicating that the written word is a more effective tool for communication than violence. In some interpretations, written communication can refer to administrative power or an independent news media. With some magical thinking that becomes spells and tales like Death Note (2003). Assyrian sage Ahiqar, who reputedly lived during the early 7th century BCE, coined the first known version of this phrase. One copy of the Teachings of Ahiqar, dating to about 500 BCE, states, "The word is mightier than the sword."

Flaming is cheaper and more effective than most modern weapons. 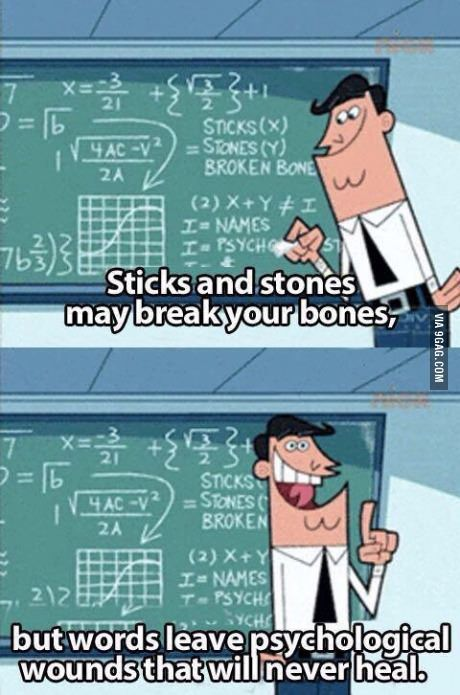 2
Why is "body/soul exchange" so prevalent in anime?