Why has Sakura Yamauchi never had a pancreas transplant?

Why has Sakura Yamauchi never had a pancreas transplant in the "I Want to Eat Your Pancreas" anime? Why didn't doctors suggest this?

I haven't seen the animated film but I assume her condition is the same as the manga which is Pancreatic cancer, it's mentioned on page 20 of chapter 1 on the first page of her "Infirmity Novel" (a journal she's keeping about the progression of her disease). As @paulnamida mentions in a comment and a bit of Googling around a pancreas transplant is occasionally done for people with Type 1 Diabetes but not for Pancreatic cancer. Usually Pancreatic cancer is discovered too late to be treated as it is more difficult than most cancers to detect in its early stages due to its symptoms being mistaken with those of other illnesses more common than cancer. By the time it is detected it has often already started to spread to other parts of the body which makes a transplant of just the pancreas futile. If the cancer had been caught early enough (which the story seems to imply it wasn't) and has yet to spread to other parts of the body then it can be treated by surgically removing part of the pancreas via Whipple Surgery which would not require a transplant to be done anyway. 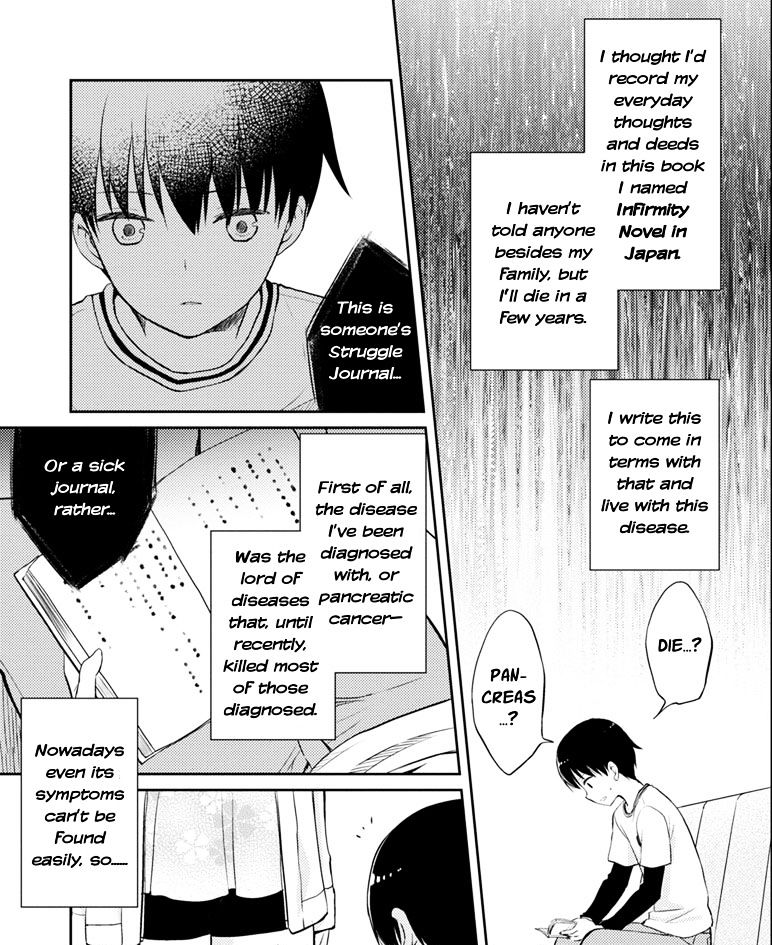 Not the answer you're looking for? Browse other questions tagged i-want-to-eat-your-pancreas or ask your own question.