Why does Shanks sacrifice his arm to save Luffy?

In Luffy's backstory, we saw that when Luffy was drowning and a Sea King attacks him, Shanks jumps in to save him and scares away the Sea King using Haki, losing an arm in the process. Why did he not use Haki to start with to chase away the Sea King, and thus, avoid losing his arm?

Okay, so as you know that Shanks was once a crew mate of Gol D Roger mentioned by Rayleigh himself when Luffy meets him. According to what was shown in flashback, Shanks tells Rayleigh about Luffy when he accidentally meets him on the Sabondy Archipelago. 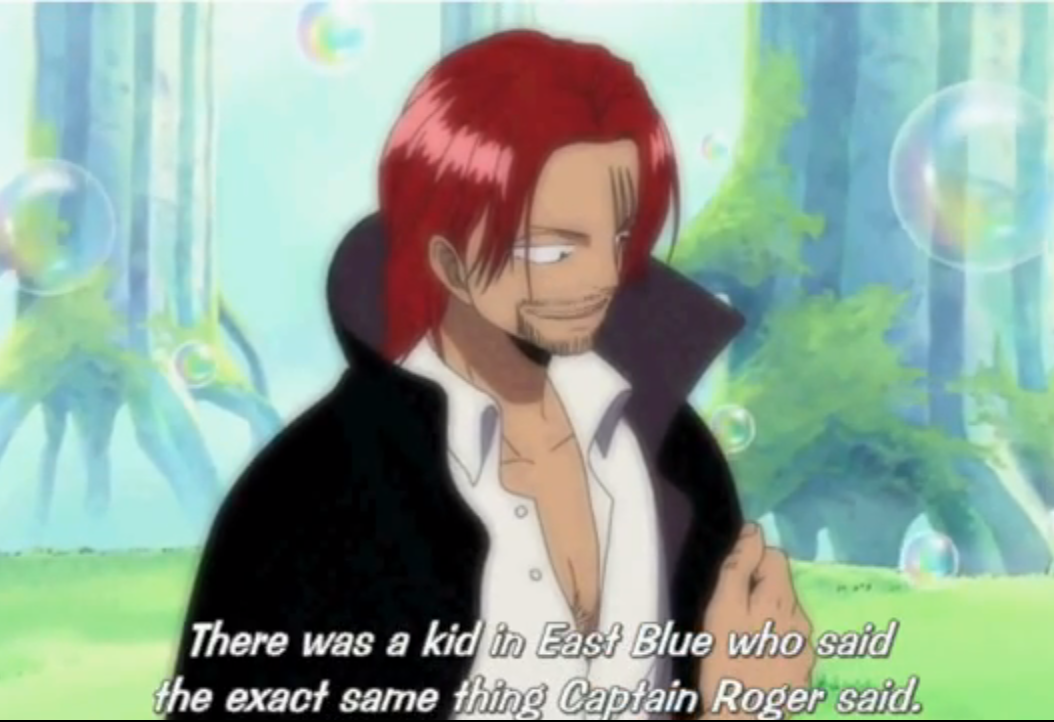 Shanks had great respect towards Gol D Roger, and hearing the same words from Luffy and with the same enthusiasm, he could see a part of Roger in Luffy. The feeling what Shanks would have got can be proved by what was shown in Loguetown where Luffy said the same thing sitting in the bar. Even Raoul (the man who owns the bar) thought that Gol D Roger was back when he heard those words from Luffy. That could be one of the reasons. 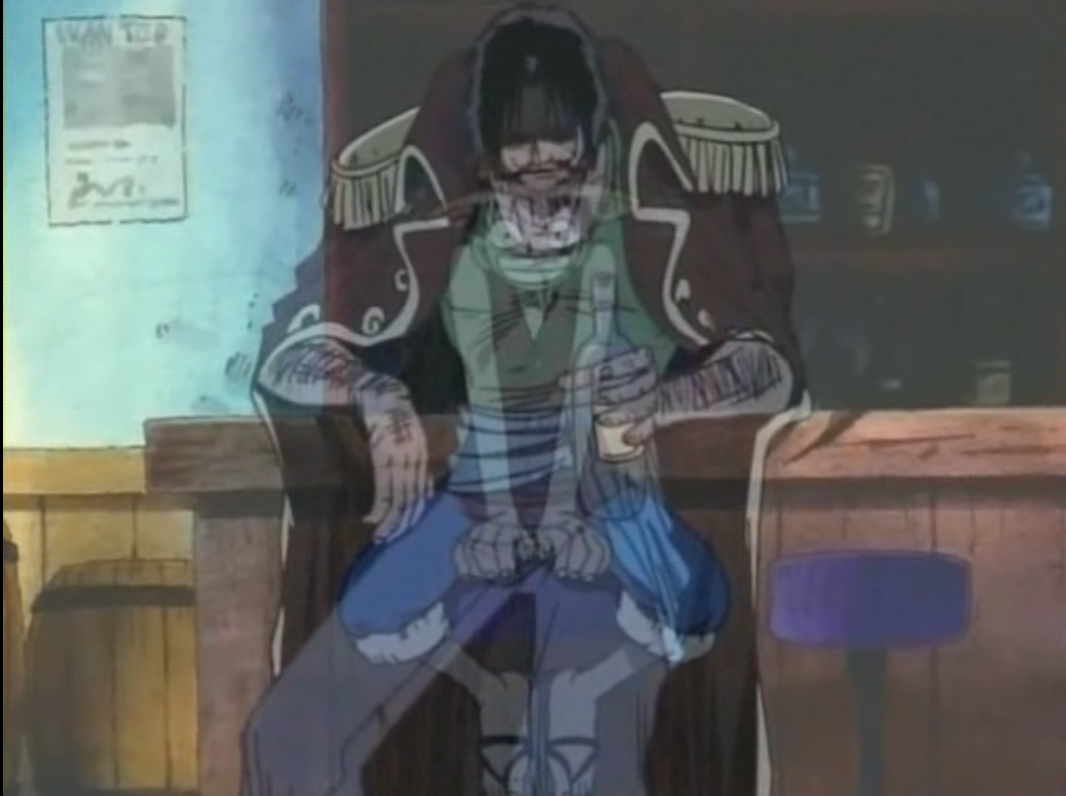 Another reason is that he considered Luffy as a friend and he always said this:

Listen up… You can pour drinks on me, you can throw food at me… You can even spit on me. I’ll just laugh that stuff off. But… Good reason or not… Nobody hurts a friend of mine.

So he could not withstand Luffy getting killed in front of his eyes. This was the answer for your question in the heading.

Now the reason for not using haki was that Luffy is a hammer, hence cannot swim in water. Luffy was already drowning and it would be late if he went and used haki to send the sea king away and then go and save Luffy! 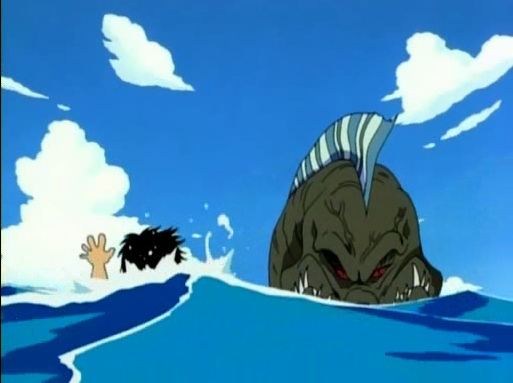 Shanks bet his arm on the new Era. He gave it up to drill into Luffy's head the man that a Pirate King should be.

Shanks saw the old captain in Luffy when Luffy said word for word what his old captain used to say about not backing down from a fight and how shameful it is. Additionally, he was super interested in Shanks hat, not just interested, but kind of obsessed.

So in a quick decision he decided to bet on the new era. Shanks taught Luffy self control and humility and it only cost him his arm.

Why Shanks bet paid off. Its pretty obvious that Luffy is very much like Roger, and most likely the person who inherited his will. So, Shanks made the right call about this kid being his captain decedent.

But what about the bet? What was the bet? The bet was to make this version of the pirate king not a complete moron/douchebag like the previous one. Who Shanks/Garp describe as a hot headed child that over escalates every situation because he can't walk away from a fight.

Remember the first pirate meeting? With Bellamy? That was a huge moment in the show. Arguably one of the most important episodes in the show as of yet. When Bellamy insulted Luffy/Zoro/Nami and Luffy kept his cool and did not break his promise to Nami.

Not only did was he insulted, he was also beat. Luffy and Zoro not destroying the place is a direct consequence of Shank's bet. If Shanks never met Luffy and Ace was Luffy's only major influence then he would of made a giant commotion and caught the attention of BlackBeard.

Source: /u/FailosoRaptor comments on Why shanks lost his arm against that weak sea-monster? (emphasis added)

If you think about it Luffy acts the same way before he headed off to sky island. When in the bar or restauraunt I dont recall. He was recieving the same treatment and Nami acted the same way that luffy did as he witnessed shanks being treated the same way by the bandits. My point is that shanks desires to make Luffy the pirate king and "bet on the new era." But he wont allow him to accomplish all this that easily. I'm bearly on the episode where Luffy defeats CP9's Leader, Lucci a.k.a. the pidgeon guy. But i have witnessed battles involving Kizaro, fugitor, black beard, do flamengo and the list goes on. The point is one piece needs to be seen by all viewers of manga, anime etc. By the way Sanji is a character I like, romantic, funny, pervy yet intellegent. He always shows the character of a strategist yet releases a perverted side that is funny and dillusional at times but he is who he is.

He sacrificed his arm because a sea monster was going to eat luffy. Then it was scared of him, so it slunk back into the sea like a coward. Eating higuma satisfied him any way, I guess.

17
Why does Shanks already have his scar at the beginning of One Piece?
3
How did Diamond Jozu lose his arm?
18
Why does Ace's tattoo on his right arm say "ASCE"?
3
Are Logia types overpowered?
9
Why is Shanks a Yonko?
5
Two-armed Shanks after he saves Luffy
9
Why was the straw hat passed to Shanks and then to Luffy?
10
What are the similarities between Gol D. Roger and Monkey D. Luffy? Are they related by blood? What are their relatives' ages?
6
If Blackbeard removes your power do you regain the ability to swim?
3
Does Luffy touch his enemies in Gear Second?