Why does Trunks not have Vegeta's hairstyle? 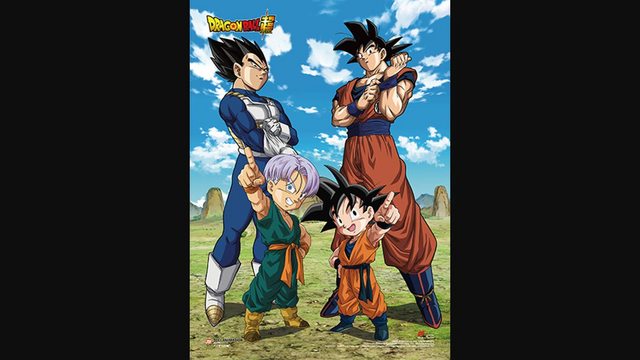 Why does Trunks have his hair parted to the side, but Vegeta has a widow's peak? Shouldn't Trunks have some of the same features as Vegeta, just like Gohan inherited Goku's features?

Here's a side-by-side comparison of Trunks and (a fanart of) Bulma as she appears in the Buu Saga. You can see they have very similar hairstyles - short bob cuts with centre-partings - and almost identical eyes: 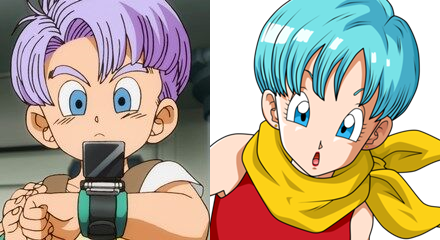 Granted, their hair isn't exactly the same - and Bulma appears to change hairstyles a lot - but Gohan's hair is also slightly different to Goku's, if you look carefully at the spikes.

Well seeing as though Trunks got his looks from Bulma he still got some of the same features. If you put Vegeta's hair on trunks they would look a lot similar.

8
Why is it that Goten and Trunks don't have tails?
3
Why is Trunks not as powerful as Gohan when they are both human-Saiyan hybrids?
2
How does Gohan inherit his "Mystic" power while others do not?
0
Why don't Vegeta and Goku not getting along most of the times?
0
Why does Gogeta SSJ4 have red hair?
0
Why does Paragus look younger in DBZ Legendary SSJ compared to DBS Broly
3
Does Trunks know how to fire a Kamehameha?
1
Does Trunks ever pretend to be weaker than Vegeta so as not to hurt his pride?