What is Hiro'omi reading at the beginning of episode 6 of Kyoukai no Kanata?

Around the 03:00-mark of episode 6 of Kyoukai no Kanata, Hiro'omi is shown reading a book: 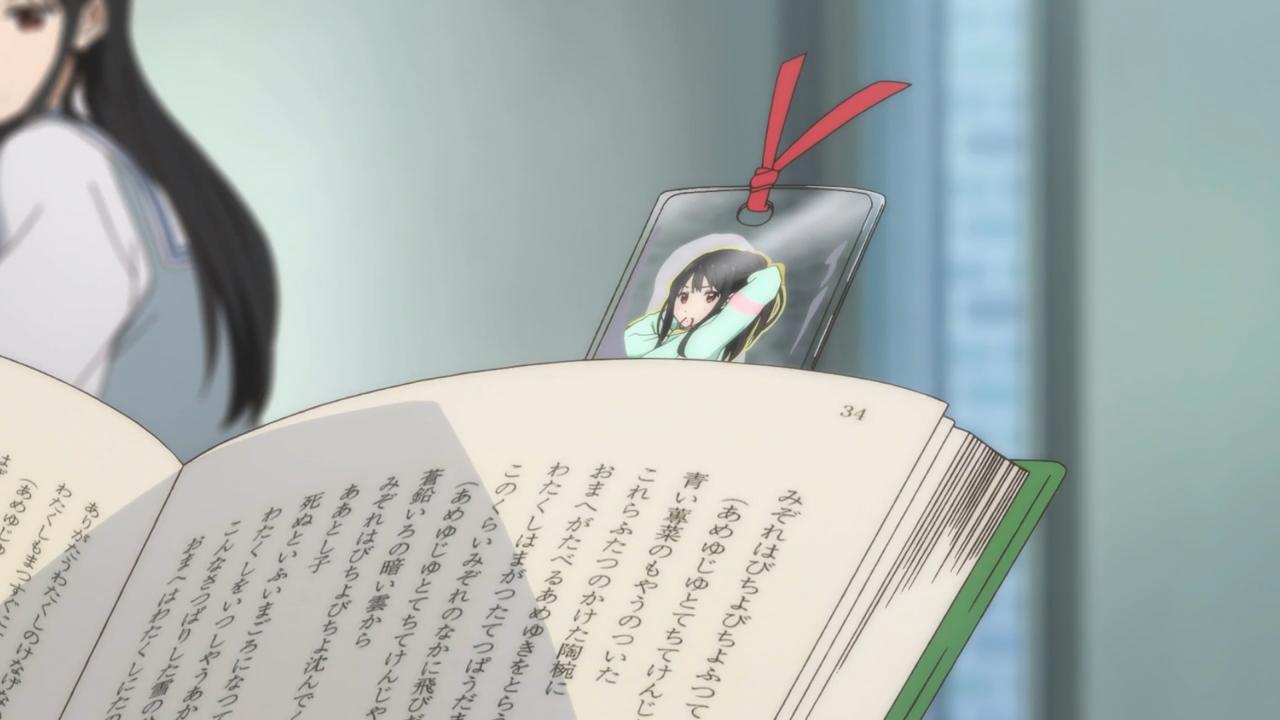 What book is this?

A brief search into some of the text displayed in the screenshot reveals that this page contains part of the text of "Eiketsu no Asa" (永訣の朝; roughly "The Morning of a Final Farewell"; text; a reading), a poem by Kenji MIYAZAWA1. "Eiketsu no Asa" is part of his first published collection, Haru to Shura (春と修羅; Spring and Asura).

In what may prove to be a bit of foreshadowing, "Eiketsu no Asa" was written on the occasion of the untimely death of Kenji's younger sister, Toshi.

1 Miyazawa may be better-known to Western audiences for his novel Night on the Galactic Railroad, which was made into an anime film back in 1985.