What type of Sage Mode does Hashirama enter?

We all know that the following people are capable of entering Sage Mode:

Before I deliver my answer, we must ask ourselves what Sage Mode is.

What is Sage Mode?

Sage Mode is the empowered state humans enter when they learn to draw natural energy inside them and blending it with their chakra. By doing so, the human creates new senjutsu chakra that allows them to enter Sage Mode.

The next question is: Where do shinobi learn it from?

Thus far, Sage Mode has been shown to be taught in two places: at Mount Myōboku by the toads, and Ryūchi Cave by the snakes.

The articles clearly states that Sage Mode is achieved when the user learns to draw natural energy and mixes it with their chakra, and Mount Myoboku and Ryuchi Cave are two known places where they can learn to do so.

According to Fukasaku, only those who already possess "extreme chakra levels" can utilise natural energy to invoke senjutsu.

Let us move onto Hashirama Senju.

Because of his large chakra reserves, Hashirama is able to use senjutsu by entering Sage Mode, a feat he could perform instantaneously; it is not known where he learned it.

If we look at his abilities section:

He is similarly knowledgeable of skills he has no training in, being able to recognize the Samsara of Heavenly Life Technique.

Taking into consideration the aforementioned details, in conclusion, it is possible that Hashirama learned Sage Mode by himself. Since it is self-taught, it is not animal-influenced. Hence it would be something-like a "Normal-Without-Animal-Influence-Sage-Mode".

What led me to this conclusion?

Learning Sage Mode at Mount Myōboku or Ryūchi Cave grants the user with a toad and snake-influenced Sage Mode respectively,

However, Hashirama's Sage Mode hasn't shown what animal-influence it possesses so far. Therefore, he couldn't have learned his Sage Mode from Mount Myōboku or Ryūchi Cave.

His Sage Mode strengthens his Wood-Release techniques and his overall performance drastically. 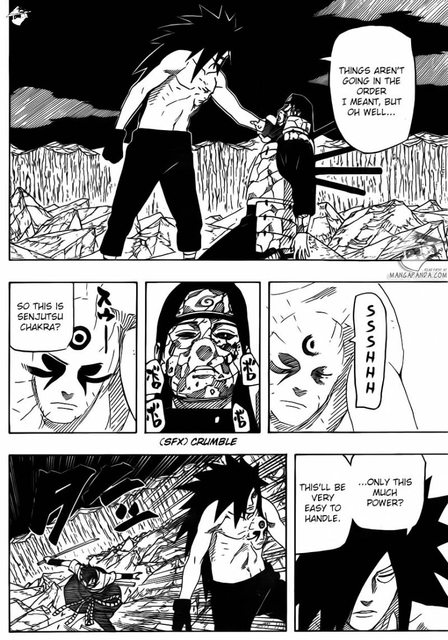 Madara-sama's line: "Only this much power... This will be easy to handle.", shows that an experienced and powerful shinobi can use Senjutsu within mere moments.

Since there is no official details about what Sage Mode Hashirama uses, my conclusion is classified as a possibility.

Another possible conclusion is detailed in this answer: Is there a slug based Sage Mode?

I Think Hashirama enters into "Bull Sage Mode", as the Bull Sage was one of the original 5 Sages which were

The MentorThe Mentor
1722 bronze badges
4
Add a comment  |
-1
Want to improve this post? Provide detailed answers to this question, including citations and an explanation of why your answer is correct. Answers without enough detail may be edited or deleted.

Hashirama Senju has the Forest Sage Mode. It says in the wikia, that his Sage Mode is a special type that only he can use. Thats fitting since he would need the Forest Style to increase the effect of his Wood Style.

11
Is there a slug based Sage Mode?
1
Naruto Discussion about Hashirama's sage mode

2
How do summoning jutsus work?
4
What kind of Sage mode does Kabuto have?
11
Is there a slug based Sage Mode?
10
Why did the Uchihas never try to learn Sage Mode?
2
Why wasn't Jiraya able to use Sage mode completely?
2
Is Shinsuusenju a summons?
3
Clarification about Hashirama's Senjutsu?
1
How do Toads in Naruto produce Oil?
1
What is the difference between Kabuto's sage mode and Naruto's sage mode?