What is this camp screen in Dororo?

Sometimes it's shown as an enclosure with an entrance. 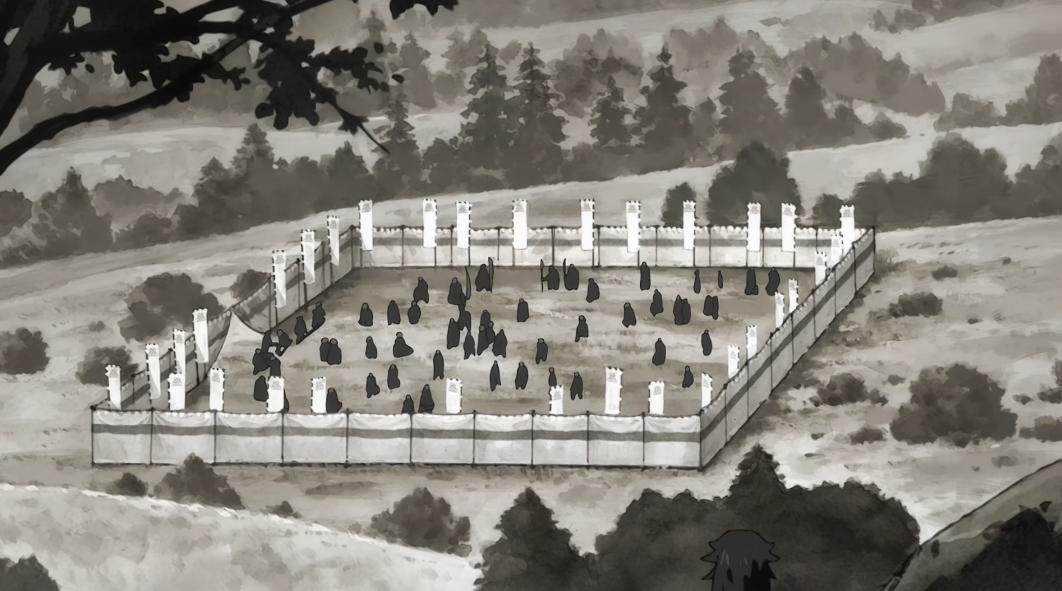 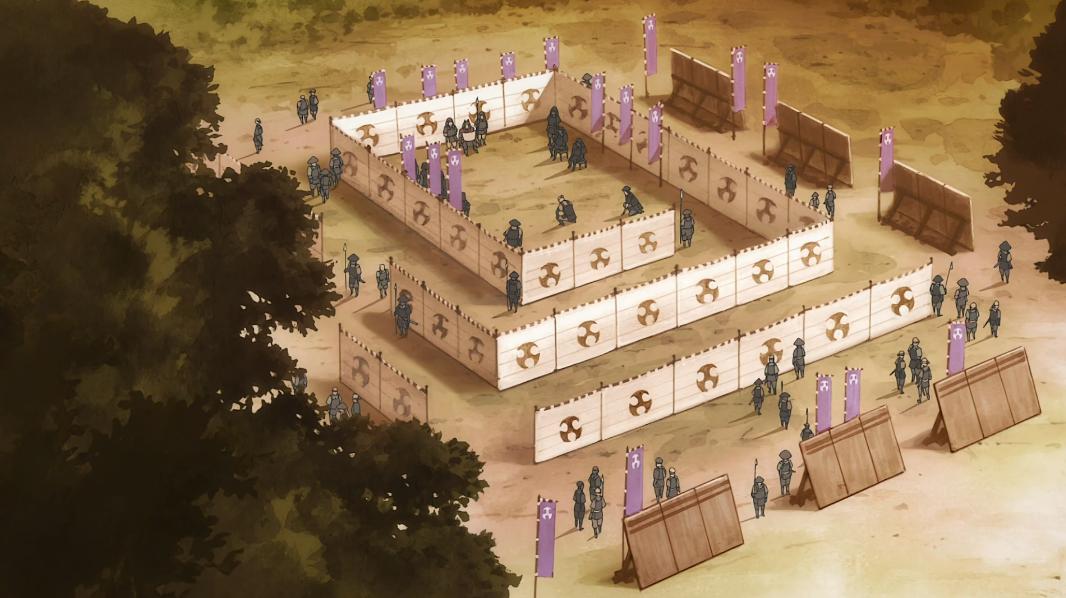 It's never shown with any shade or shelter from the rain. It's always surrounded by banners. What is it called and what is it for?

Those would be Jinmaku(陣幕) tents, all though the screens themselves are also known as gunmaku(軍幕) which stands for military curtains.

In feudal Japan, these curtain enclosures where used to set up military encampments. Often housing the General and their strategists. The symbols on the Jinmaku would be clan symbols of the general being housed in the tent.

Beyond blocking wind, and the occasional prying eye, these tents where considered a sacred item by Samurai. It was said the Jinmaku had the power to drive evil way.

Prior to the Murmachi period there where no set guideliness on creating these tents, however during this period, and later on Arai Hakuseki the construction would become standardized. To the point that combatants could even identify what kind of personal the tents where housing based on the number of makukuji (幕串), or poles for hanging the jinmaku.

Not the answer you're looking for? Browse other questions tagged dororo or ask your own question.

3
Can Hyakkimaru understand what he hears or not?
2
What is the statue Hyakkimaru prays to?
3
What do the colours of the souls mean in Dororo?