Is there a site like MAL that i can filter animes by genres?

I decided to get my animes into one list and tried MAL however even though there are lots of ways to filter and sort animes like by airdate I couldn't see any way to filter them by genres. For example, let's say I just want to see romance animes in my "planed to watch" list I can't do that in MAL without manually writing tags for them. So is there a site that allows me to do that?

AniList can filter entries in your personal anime list by any of the following criteria:

Here's an example screenshot from my own list (I highlighted the genre filter with a red square): 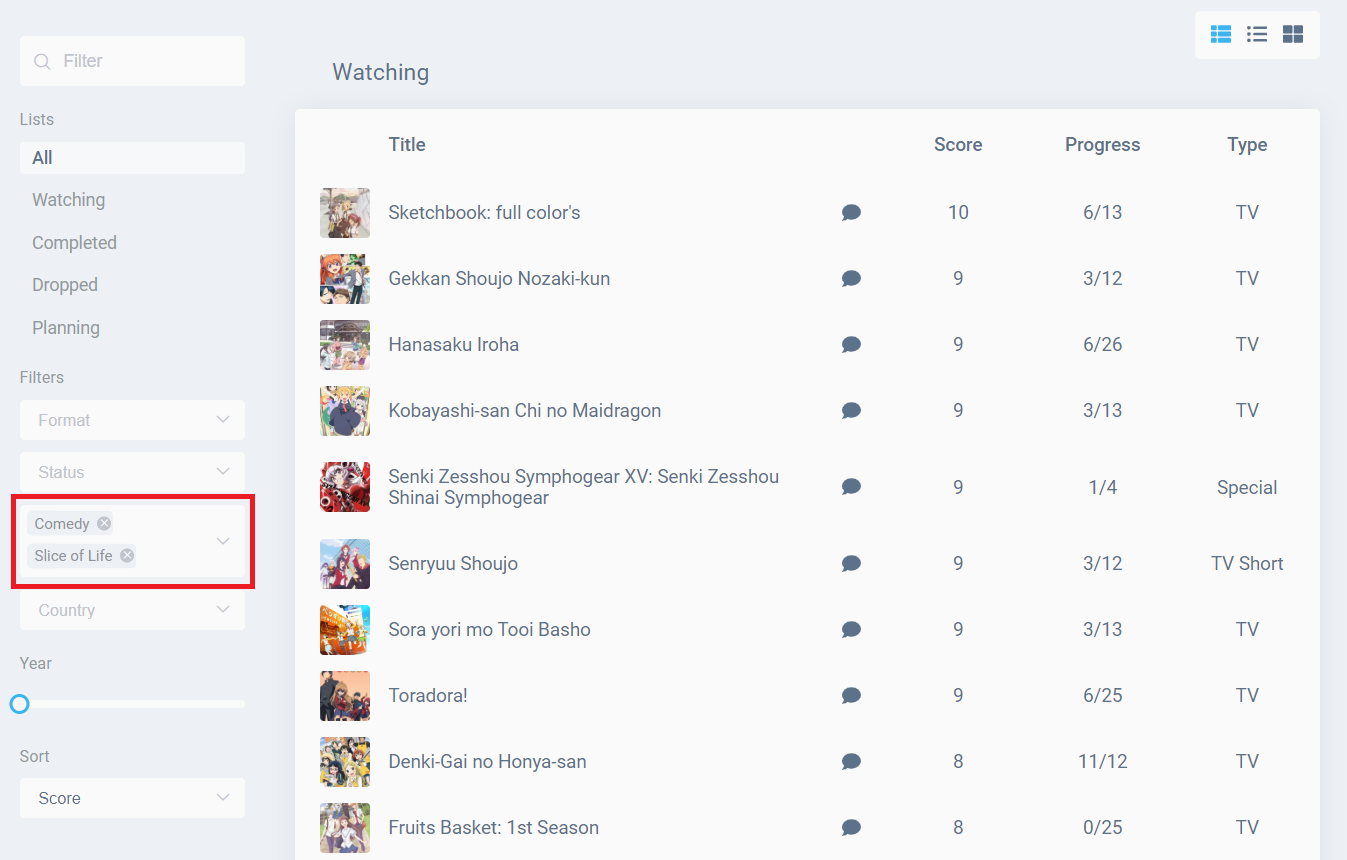 Note: I'm only personally familiar with AniList and MAL. The other anime tracking sites out there (e.g. Anime-Planet, Kitsu, AniDB, etc.) might have comparable functionality as well, but I'm not familiar enough with those sites to know for sure.

I actually still use MAL as my main anime tracker, and only made an AniList account because the anime list importer on AMQ wasn't working for MAL (probably related to MAL's API shenanigans that happened after GDPR came out). Fortunately, AniList can import anime and manga lists from MAL. There's an place to do this in the "Settings" section in your profile on AniList.

Not the answer you're looking for? Browse other questions tagged myanimelist or ask your own question.