In the manga Chapter 554, Naruto notices a prominent scar on the Third Raikage, which leads him to think that if the Hachibi managed to inflict damage, there's no reason why Kurama's chakra can't. But it turned out that it was the Raikage's weakness that hurt him. Using this information, Naruto managed to defeat him.

Could someone explain the nuts and bolts?

After talking to Gyuki (Hachibi), Naruto guessed that the scar on the Third Raikage chest may have been made by his own Jigokuzuki (Hell Stab). Based on that, he prepared a plan to make the Raikage stab his own chest.

He went into Sage Mode, prepared a Rasengan, and ran towards the Raikage as if to hit him head on with the Rasengan. The Raikage too ran towards Naruto aiming to stab him with his One-Finger Nukite. 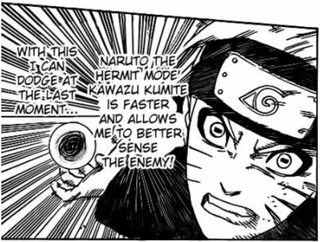 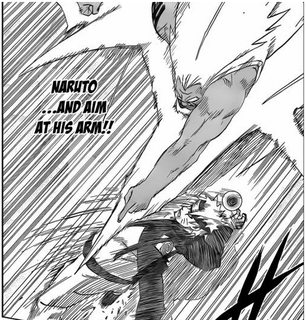 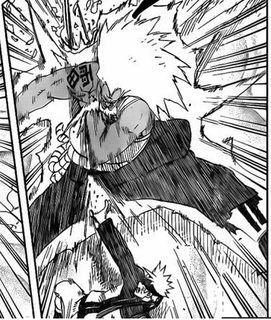 On Naruto Manga Chapter 555:"Contradiction", Naruto used the Sage Mode to defeat the third Raikage. After talking to the Eight Tails, Naruto realized that the pierce in his chest was made by his own technique (The Hell Stab) thus making his weapon more powerful than his armor. 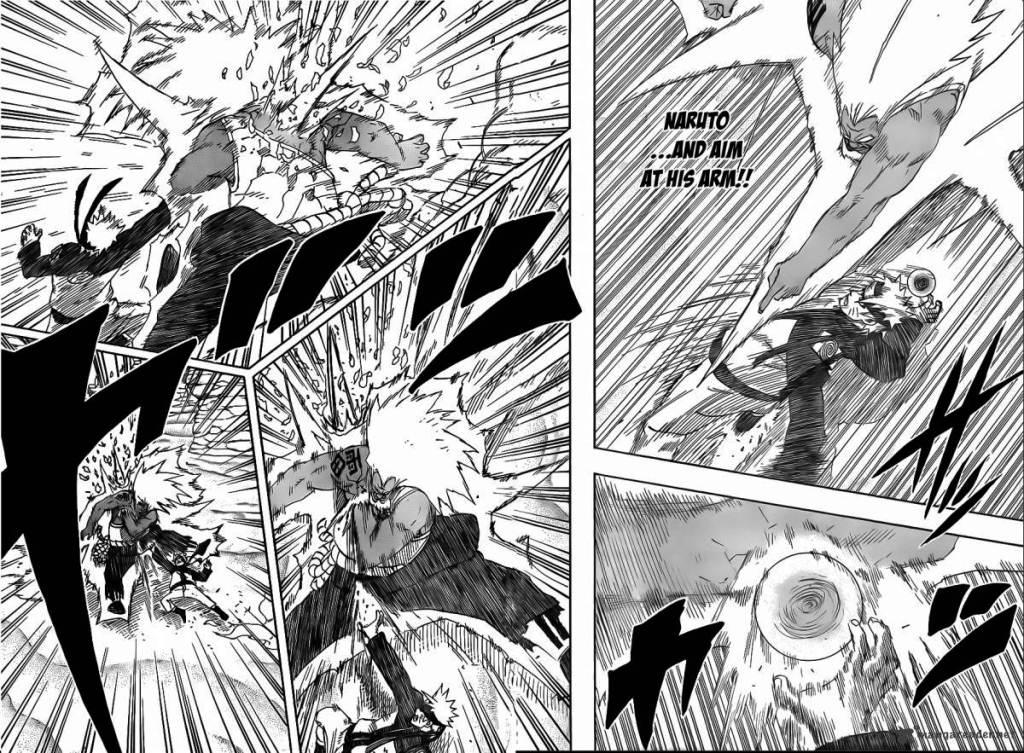 Naruto on sage mode can react on split seconds and he was aiming for his arm to redirect the attack towards himself.

12
How was it possible to summon Sasori with Edo Tensei?
8
How can one achieve incredible chakra such as that of the Third Raikage or Kisame?
7
How and when did Uchiha Madara learn Edo Tensei?
4
How did the Edo Tensei reanimated Second Mizukage summon the Giant Clam?
6
Why couldn't Hashirama break through Edo Tensei like Madara did?
2
Nagato's Eye in Edo tensei Mode
7
Why did Tobirama create Edo Tensei?
5
How does Edo Tensei Madara get back his Rinnegan?
2
Why didn't Naruto's Rasengan beat Sasuke's Chidori?
1
How can reincarnated souls be summoned using Edo Tensei?