Why didn't Boa Hancocks attack convert Luffy to stone?
It didn't look like he used Haki or something which would nullify the effect!
Is there any possible explanation for it? 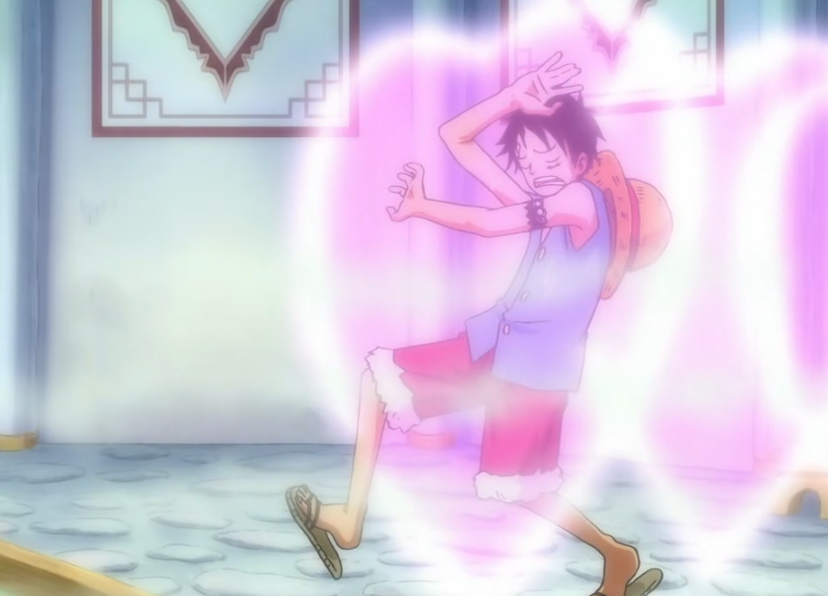 From the One Piece wiki page on Mero Mero no Mi (Hancock's Devil's Fruit):

The Mero Mero no Mi is a Paramecia-type Devil Fruit that allows a range of attacks which use emotions of lust or perversion to transform opponents into stone.

Luffy did not have any lustful feelings towards Hancock, so her Mero Mero Mellow attack had no effect on him.

The way Boa Hancock's powers work is by turning those who feel lust in their heart to stone. This works pretty well for her, as the most beautiful woman in the world, so her classic attack is to strike a pose which inspires lust, then use her powers. This fruit only has an effect on anyone because they lust for Hancock, if Lola, or some other less attractive character had eaten this fruit it would be far less effective.

In theory, Luffy was immune because he felt no lust in his heart, so the Mero Mero Mellow attack which turns the lustful to stone simply passed through him without any effect. Although it gets pretty dodgy when you consider that she can turn other women, Pacifistas and even cannon balls to stone, so apparently Luffy actually feels less lust than a typical inanimate object.

It's very simple. Actually, Luffy is innocent-minded, so he has no interest in falling in love or getting married. In my opinion it's because it would slow him down.

Though Oda did mention in an SBS that Luffy is interested in her looks (though Usopp is a bad influence on his part), the real reason Luffy is immune is that he has a pure heart. With a pure heart, he has no evil or vile thoughts inside him.

2
Does water level determine the amount of power lost?

3
Why does the use of Haki turn part of your body black?
6
Is Shanks Haki different from other users?
5
Why no one else used Conqueror's Haki?
4
How is Armament Haki obtained or learned?
3
Does Haki also eliminate Devil Fruit users' weakness against water?
1
Is the heart a weak point of a Logia user?
9
Why was the straw hat passed to Shanks and then to Luffy?
4
Why could Aisa use observation haki from birth?
3
Why didn't the Gorosei fight in Marineford arc?
4
How is it possible to run out of Haki?