What is the mon in Jin's kimono?

(..) a spectacled man with messy black hair tied in a loose ponytail with two strands that frame his face. His attire consists of a simple blue kimono adorned with multiple symbols that are four squares in a diamond formation on the right pec, sleeves, and back of his kimono. Also wears a brown beaded bracelet on his right wrist.

These symbols are called mon, and his looks like this 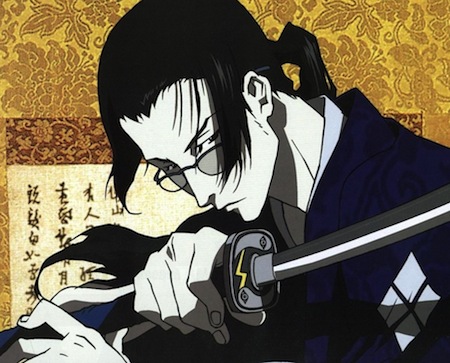 Wikipedia's page on the character says that this mon resembles that of the Takeda clan, and provides a link to the story of Takeda Shingen, as well as a broken link.

Is this really the Takeda mon? (has the author every stated this, or is there any official reference)
Or is it all just speculation and the pointing out of similarities? (which may just have been inspirations)
Or could it be some other less-known clan's mon?

There is no way to know for sure, as it is not explicitly mentioned. While several other clans did use this design, the Takeda are by far the most well known. The four diamonds in this mon is said to stand for Takeda Shingen's famous, inspirational motto: "Swift as the wind. Silent as the forest. Fierce as the fire. Steadfast as the mountain," which was drawn from the writings of the Chinese strategist Sun Tzu (of "The Art of War" fame).

It should be noted that Yukimura bears the Houjou mon (looks like a Triforce), who were neighbors of the Takeda and over time have been both allies and adversaries to them. Perhaps Jin and Yukimura's relationship in the show is a symbolic microcosm of the parallels between the real-life families?

Not the answer you're looking for? Browse other questions tagged samurai-champloo or ask your own question.

5
What settings/characters/events portrayed in Samurai Champloo are based in real events?
4
What's the symbolism behind the backgrounds shown in the opening sequence?
5
What is Mugen chewing?