For example, from the male Chikoshodo (summoning) Pain that the Leaf had in their possession.

I have to say NO.

My reasoning is based on the time when Tobi is hunting for the Rinnegan after the death of Nagato. After he kills Konan, he finds the corpses of Yahiko (who was also the Tendo's body) and Nagato, and pulls only the body of Nagato to his dimension and leaves the body of Yahiko in the same place. If he would have been able to use Yahiko's eyes, I reckon Tobi would've picked that body as well. Seeing how he chooses to ignore Yahiko's body would suggest that only Nagato's eye truly matters and it's the real Rinnegan.

NO, transplantation of the Rinnegan eyes from one of Pain's paths would not work. As soon as the eyes are detached from the corpse, they lose contact with the chakra receiver rods, and turn back into ordinary eyes that the corpse originally had. In Chapter 565, Naruto and Bee discuss this when they are fighting against Tobi's Six Paths of Pain. 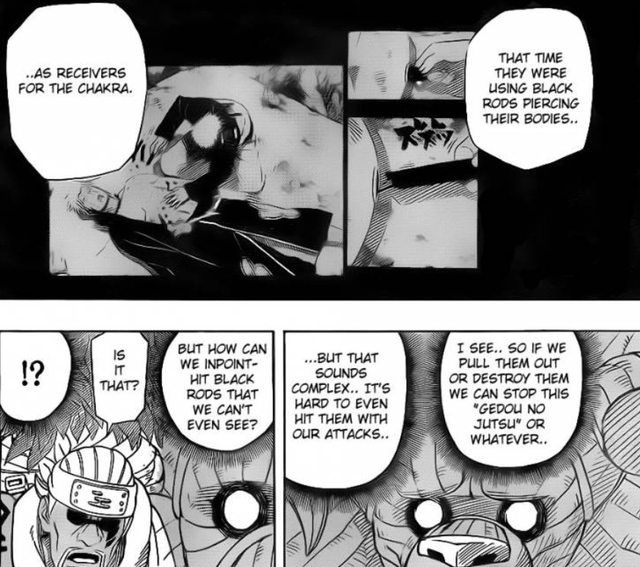 The Chikoshodo Pain's corpse in Konoha's possession still had the Rinnegan activated, but it also had about 20 chakra rods when Shizune is shown examining it in Chapter 406.1 We were never shown the corpse's eyes with all the chakra rods removed. 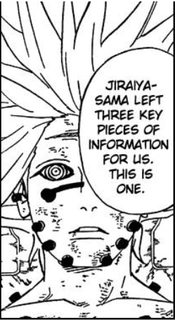 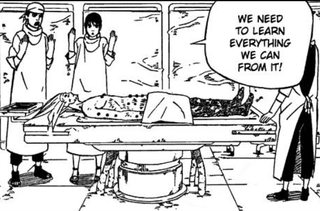 1 We have to make an assumption that although the chakra reception weakens over distance, it will not completely die down. Without this, the corpse still having the Rinnegan activated becomes a plot inconsistency, if not a plot hole.

13
How does Nagato create and use so many Rinnegan eyes?

16
How did the Sage of the Six Paths obtain his Rinnegan?
7
How was Nagato able to re-awaken and control the Rinnegan?
9
Discrepancies between Kishimoto and the Asura Path?
3
What are the exact abilities of the Rinnegan?
6
Would Naruto awaken the Rinnegan if he takes the Sharingan from Sasuke?
3
Why doesn't Pain use other paths when his bodies are killed?
1
Why didn't Danzo want to recall Naruto to fight Pain, which would've stopped Pain's destruction of the village?