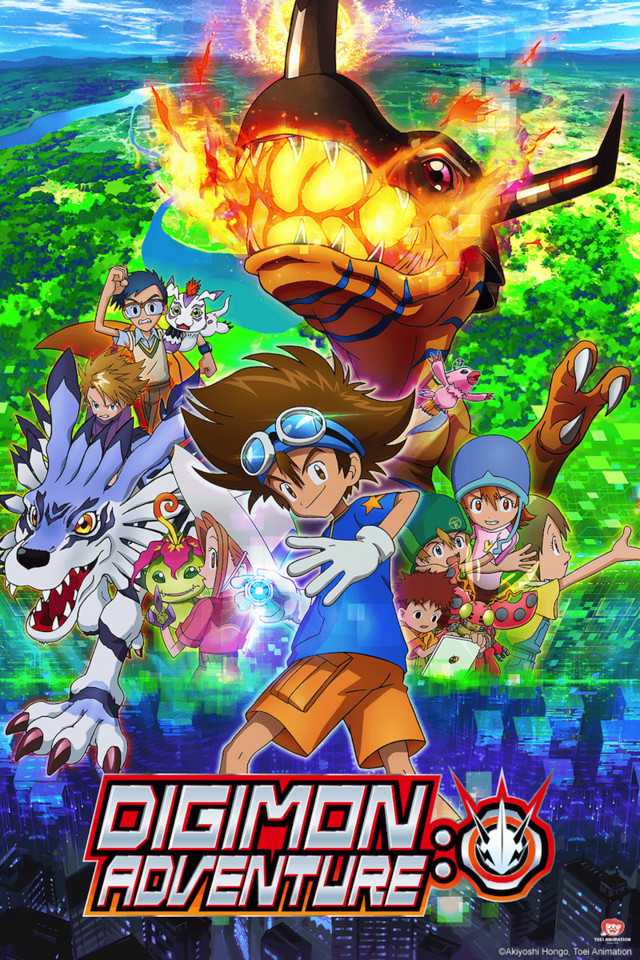 those look like the same characters/Digimon from the 1999 series include Hikari who wasn't added until mid way though. is Digimon Adventure (2020) different to the original 1999 series

Aside from the New Songs in Digimon Adventure [2020] (or also called "REBOOT" ) there are some changes made in the anime.

One Notable Factor was that: The first three episodes of 2020 was basically a movie they're basically one long prologue to the new series. The end of episode 3 essentially feels like the true beginning to Adventure 2020.

another one is that introduction

As much as I love 99, I think we can all agree 2020 has it beat, at least in its introduction. 99 throws you into all the characters with no time to breathe, and then becomes and episodic show as it develops its world and characters. An approach that worked, but so far 2020 feels so much more like a properly paced series that will slowly add to the cast, which I think will pay off in dividends.

CHANGES TO THE VILLIANS 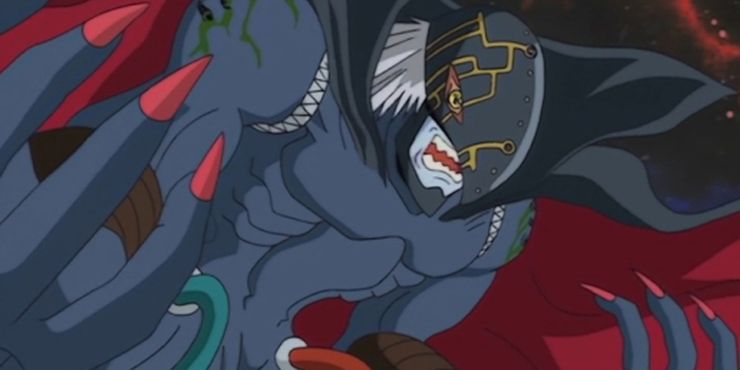 Digimon Adventure 2020 series: Has Anything Changed From Past To Present - The Illuminerdi The foes in the series have had some changes as well with new Digimon entering the series as the obvious foe but still, there are wild Digimon that the kids must face that may be evil or just hungry and animalistic in nature. Whether will see some of the big villains of the original series is yet to be clear but it will definitely be completely different from the original series.

The original series also had Black gears that made good Digimon evil but so far they have yet to make an appearance so whether this will be part of the show later or the new Digimon has replaced them, has yet to be confirmed.

This year, fans of the original DigiDestined were in for a treat as a Digimon Adventure reboot was released. Needless to say, the series already has fans buzzing. While there are some obvious changes to the original, Digimon Adventure 2020 has kept a lot of the elements the fans loved. Here's are 5 things the reboot has changed and 5 things they've kept the same so far.

10. Changed: The Date Of Events 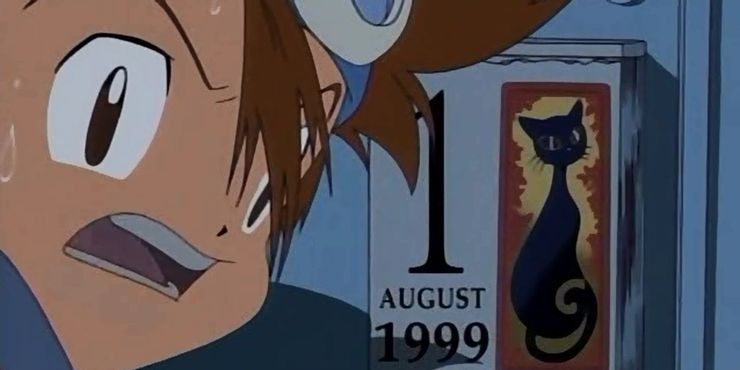 In the original Digimon Adventure, the date was an important detail to the plot. The kids get transported into the Digital World on August 1st, 1999. When the kids return to their world they think they've been gone for months, only to realize it has just been a few minutes.

In the reboot, the year is 2020 and the world has been updated. Everyone has a cellphone, laptops, and the Japanese landscape that is shown is one that matches real life. The date is not mentioned at all. All we know is that Taichi and Koushiro are getting ready for summer camp.

9.Stayed The Same: The Effects Of The Digital World 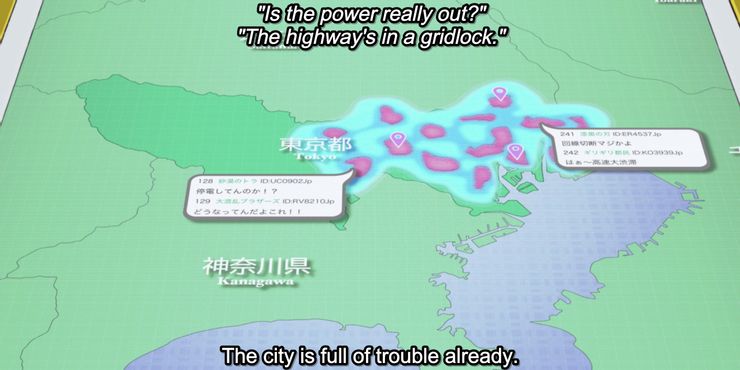 In both the original Digimon Adventure and the reboot, the first episodes show how closely the Digital World and the real world are linked. In the 1999 series, it starts snowing while the kids are at camp, even though it's summer. The entire real world is experiencing weather phenomenons due to the issues in the Digital World.

8. Changed: The Order Of Events

The 1999 Digimon Adventure picks up the story with the DigiDestined at camp before being transported into the Digital World. In the American version, there isn't much information revealed initially as to why these kids are chosen. However, fans of the series now know that the events that took place in the first Digimon movie are canon, explaining why.

In the reboot, the timeline is given a fix. They combine the first movie, The Digimon Movie, and the second, Our War Game. We see glimpses of the other kids but they are not initially involved. We also get the Omegamon evolution, which occurred in Our War Game. At the end of the third episode, it appears the kids have finally arrived in the Digital World as we know it.

7. Stayed The Same: The Roles Of Takeru And Hikari

Yamato's younger brother, Takeru, was initially shown as the runt of the DigiDestined. Alongside Patamon, he was very naive and was often trying to prove his independence. Patamon was the last Digimon to Digivolve to his Champion form, Angemon. Hikari, who doesn't join the group until later, gained Gatomon as a partner who's Ultimate form, Angewomon, is the counterpart of Angemon. Together they play a pivotal role in defeating the Dark Masters.

6 Changed: Introduction Of The Digimon

One of the interesting things about the original Digimon Adventure was that we met all the Digimon companions in their baby forms until they Digivolved into their rookie forms, in which they stay most of the time. This provides a good insight for the DigiDestined and the viewers since any time the Digimon are too exhausted, they can regress to their baby forms.

5 Stayed The Same: The Personalities Of The DigiDestined

Although not all of the main characters have been introduced yet, it's clear that the characters haven't been given a makeover as far as their personalities are concerned. So far, in Digimon Adventure 2020, we have seen Taichi, Yamato, and Koushiro in action.

The fateful trip to summer camp changed everything for the kids in the original anime. The kids were at camp together, and right before a big wave hit to drag them to the Digital World, they all received their DigiVices. The camp was also important because it united Yamato and Takeru who did not live together due to their divorced parents. Hikari was also supposed to attend the camp but did not because she got sick, leading to her being sought out later on as the 8th DigiDestined.

In the reboot, fans were thrown through a loop when the kids arrived at summer camp, and... then they left promptly after. This may have been a small way for the show to tribute the original but it also explains that the reboot is taking a different approach.

3 Stayed The Same: The Focus On Taichi And Yamato

It goes without saying that all eight of the DigiDestined played an important role in the original Digimon Adventure. It is clear though that Taichi and Yamato have always had more of a spotlight, especially in regards to their relationship with each other. Early on in the original, Taichi and Yamato were often butting heads as they were both trying to be leaders.

2 Changed: The Abilities Of The DigiVices

One of the coolest parts of being a DigiDestined is owning a DigiVice. The DigiVice is the connector between the kids and their Digimon. The original DigiVice would light up when a Digimon was about to Digivolve, it had a small on-screen map, and most importantly, it played a huge role in stopping the world from being destroyed.

In the reboot, the DigiVice appears to have undergone a complete hardware makeover. The DigiVice now seems to light up dramatically, display the crests in full color, pull up maps, and even allow for holographic communication.

1 Stayed The Same: The Emphasis On Teamwork

Digimon Adventure may have its stand out characters as mentioned earlier, but one of the reasons it has held its ground for the last 20 years, throughout different adaptations, is because of its emphasis on teamwork. No one character or one Digimon could have saved the world by themselves, a point the original Digimon Adventure made sure to drive home time and time again.

In the new series, the saving of Tokyo could not have been possible without the combined efforts of Taichi, Yamato, and Koushiro as well as their Digimon partners. While it may seem like a small detail, the main story has always been about friendship and working together to overcome obstacles.

In the year 2020, a series of cyber-attacks across Tokyo are the result of catastrophic events in another world within the internet, the Digital World, where creatures called Digimon roam. While getting ready for summer camp, eight children are transported to the Digital World where they acquire Digivices and Digimon partners while learning that they have been chosen to stop the unknown threats to their worlds. 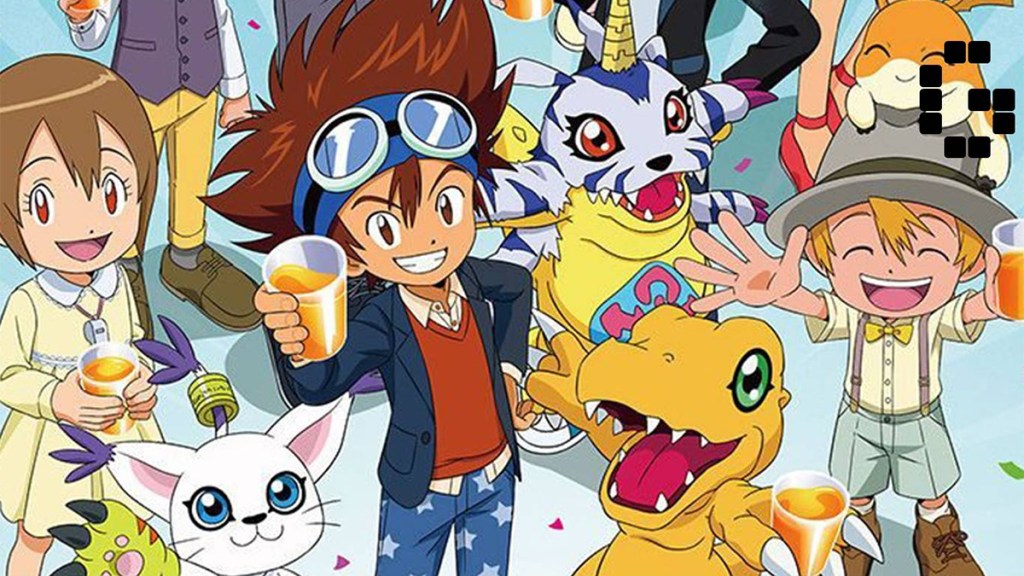 5
What was Tai cooking in the Digimon movie?
8
Why does no one notice the 2nd generation Digi-destined in Digimon Tri?
4
Why haven't the 2nd generation Digi-destined (excluding Hikari and Takeru) aged?
0
Can I watch Digimon Tri without seeing Digimon Adventure 02?
1
Why isn't Digimon consistent with its rule mechanics per story/season title?
4
Why weren't some of the original Digimon able to evolve into their Ultimate/Mega forms in season 1?
1
What is the production order of digimon?
6
How 'wild Digimon' in the Digital World fuse or DNA digivolve?
0
Is Digimon Universe: Appli Monsters Part of the Adventure Timeline?