how did he survive that attack? Shouldn't Amaterasu have burned his body down to ash?

Canonically speaking, Amaterasu is not able to burn through the tailed beast's cloak (see spoiler image below). The beast's Chakra protects them from the effects. This is shown in Naruto Chapter 697

While the scene you are asking about is partially filler, we do know some elements about both Amaterasu and the beast's cloak that can provide an answer.

Beast Cloak
The tailed beast's cloak, while active, provides raid healing effects. So while Yagura is in the beast form, the beast's chakra was constantly healing while Amaterasu was burning. Eventually Amaterasu's power overtook Yagura's beast forum, thus forcing him to revert back his human state.

Amaterasu
When Amaterasu is active, there are only a handful of methods to extinguish the flames. It will eventually burn out after 7 days and nights or if the user recalls the flames; whichever comes first. So after Yagura reverted back to his human state, Itachi put out the flames to not actually kill him, but to immobilize him. 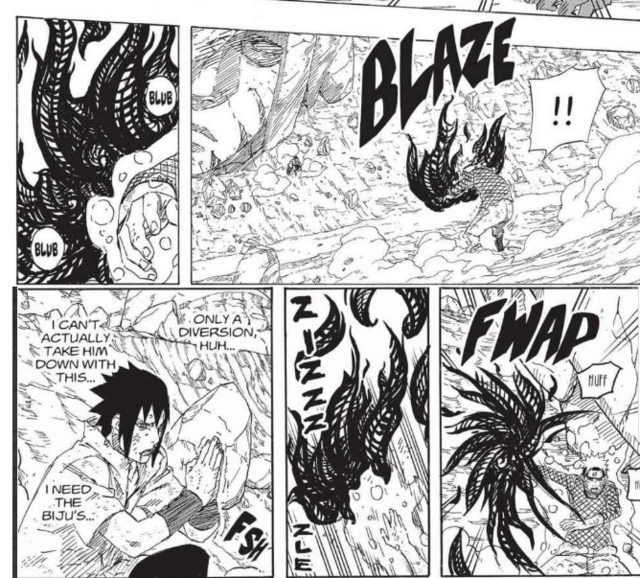 itachi could have killed yagura and burned him alive but he chose not to completely kill him because the akatsuki needed the body of yagura to complete the gedo statue's jinjuriki.

14
What or who can kill Orochimaru's life force?
5
How did Madara get rid of Sasuke's Amaterasu?
2
How did Obito slip through the rubble?
13
How exactly did Obito escape from Itachi's Amaterasu?
4
How did Naruto elude the Ninja chasing him at the start of Episode 1?
3
How was Kakashi Hatake able to survive and become the next Hokage after losing his Sharingan?
8
How did so many people get away with cheating during the written portion of the Chunin Exam?
6
How can Itachi's genjutsu act on Mecha-Naruto "Robot"?
0
How did Itachi get affected by Kotoamatsukami?
1
How did reanimated Haku and Zabuza die?