How was the Ten Tails actually separated?

As we know about the Ten Tails.

Hagoromo separated the monster's chakra from its body before using Chibaku Tensei to seal the husk in what would become the moon. From there, the Sage used his Creation of All Things ability to divide the chakra into the nine tailed beasts.

Now what my question is, How was it divided?
If we count the total number of tails.

I'm kinda curios, that the Juubi had 10 tails in total, so how was it divided?

Although Tobi is a habitual liar1, his account of the Bijuu's origins, presumably written in the Uchiha shrine, can be relied upon.

The Sage of Six Paths would create shape and form from nothingness, using imagination and spiritual energy, which forms basis of the Yin power, and then breathe life into that form using vitality and physical energy, which forms basis of the Yang power. He also created the nine Bijuu from the Juubi's chakra, using a technique with the power to turn imagination into reality, which is the Izanagi.2

Hence, the Juubi was separated into the nine Bijuu as we know, because that's the form Hagoromo Otsutsuki imagined the separated entities to take. If he had imagined a different form of separation, he would have ended with a different result. For instance, he could have created 100 beasts instead of 9, or given the same number of tails to each beast, or maybe even given them a human form. As such, the sum of the number of tails is not relevant.

1 His most famous and significant lie, being responsible for driving pretty much the entire plot:

"I am Uchiha Madara." 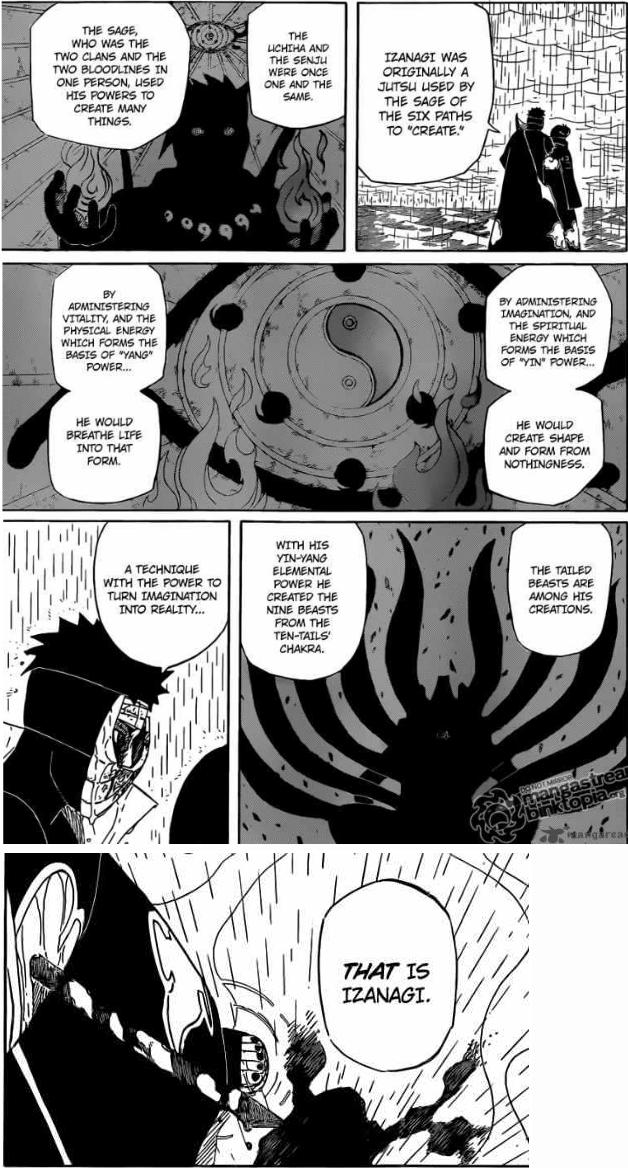 13
Can the Tailed Beasts' relative power levels be compared?

12
Is the Nine Tails still stronger than the Eight Tails even though half of him was sealed away?
3
How does the summoning of the Ten Tails work?
9
Why doesn't the Gedo Mazo have tails?
3
Is Madara's Ten Tails Jinchuriki Mode a complete form?
1
Where was Hamura when Madara decided to steal the Ten-Tails' Gedo Body?
1
How long was Sasuke actually in Squad 7?
3
Shouldn't Naruto be able to regain Kurama's chakra, and Sasuke, his Rinnegan?
1
Why is Jigen's ten-tails smaller than Earth's one?