Why did the Marleyans go after the Founding Titan if they were aware of King Fritz' warning to organize the rumbling?

The Marleyans were clearly after the Founding Titan to gain control of Paradis Island's resources and to finish off the Eldians for good. But why did they even plan on bothering them, knowing the King's warning of sending thousands of Colossal Titans to stomp the world?

Geologically, fossil fuels could be found at so many places other than Paradis, and most of the Eldians were either prosecuted in Marley or sealed within the walls. Also, the King's will to renounce any sort of war was passed on to each of his generations. With everything going to the Marleyans' advantage, was the entire plan of breaching the walls worth it after all?

Karl Fritz could have brought the rumbling all over the world, but he always hated the war.

Here's a piece of solid evidence, even if it's a spoiler, you can view this because it's not a major one: 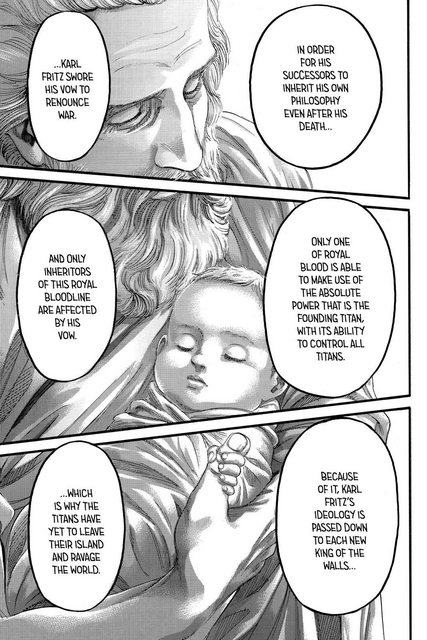 And this has been always known by the rest of the world that the Fritz family will never wage a war against the world. This was the only reason that the Marleyans were never really afraid of attacking the Paradis Island, even though they were aware of the Founding Titan's power.

So basically, they just wanted the Founding Titan back (the Reiss family wasn't really using it) so that they can use the Founding Titan's power to gain control over other territories, because other territories were advancing in terms of weapons to take down the titans (like Beast and Armored). This can be confirmed from the starting episodes of the final season, where an armored train literally overpowered the Armored Titan, also later Armored Titan helps Beast Titan to destroy the ships, which first attacked Beast Titan (if Armored Titan wasn't there, Beast Titan would've fallen down.)

But later, when the Marleyans know the truth that the Founding Titan was stolen from the Reiss family (formerly known as the Fritz family), the Marleyans started to be afraid that the rumbling will happen sooner or later because the vow was not bounded to the person who doesn't belong to Fritz family but also, to start the rumbling, the Founding Titan holder needs royal blood. That's why they held the festival (which can be seen in the latest episode released on 28th Dec) so that they can regroup the other countries and attack on the Paradis Island before people from Paradis island start the rumbling.

Here's the major spoiler from the manga, which justifies the first statement:

When Zeke and Eren work together, Zeke wanted to command Ymir, so that the people from paradise island can never have a child. So Zeke needs his help as Eren cannot use Founding Titan's power unless he touches someone with royal blood. Zeke wants his cooperation to implement his plans. So, Zeke describes the vow to Eren. See how a person with royal blood is chained down so that vow can be maintained. 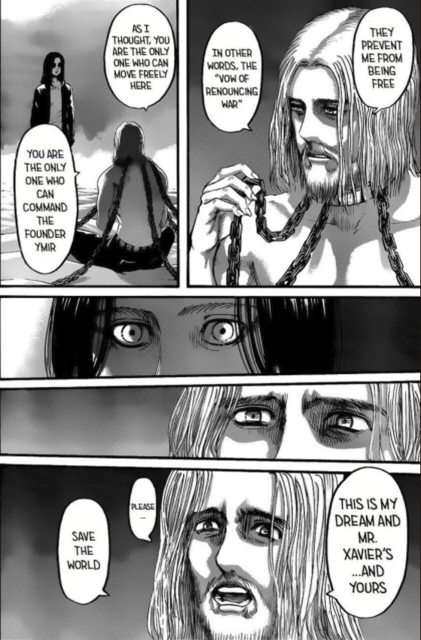 I believe Marleyans are in a dire situation - they've created a strong empire, but other countries learned how to deal with their main weapon - titans. But by launching a full-scale attack, they would risk the rumbling happening. So, their plan was to send "spies" and retake Founding Titan "quaintly".

About the Founding Titan power itself, it needs royal blood as you mentioned. If someone with Royal Blood inherits Founding Titan, they become a pacifist. But Marleyans are probably aware there's another possibility.

Eren activated Founding Titan by getting in contact with titan with Royal Blood. So he came to the realization that if Historia would become a Titan, she could be used to activate his Founding Power (apparently human form isn't enough, you need a titan with royal blood).

Marleyans have a titan with royal blood. So if they capture Founding Titan, they can give it to someone without royal blood. Then Marleyans can use the titans inside the walls and many other assets. That would mean dominating the entire world for good.

Anyway, I think you're right that breaching the wall was very risky. King Fritz could've started the rumbling at this point, but maybe Marleyans assume he won't do it because it's his last resort. Also, they've been playing it safe, sending mindless titans to Paradis for a very long time and the king did nothing to stop them. They probably realized King Fritz will try to avoid conflict and won't fight back.

Also, a lot of time has passed and I believe there are many doubts about what's about Paradis true and what's not. No one has seen an army of Colossal Titans, so maybe Marleyans started doubting if it even exists? It's also not so rare for the ruling class to do something reckless to keep the status quo.

6
Why is the Female Titan after Eren?
1
Why the Colossus Titan and the armored Titan werent worried about being attacked by mindless Titan the first time they attacked?
1
If the Beast titan has similar powers to the founding titan, why do they need the founding titan so desperately?
4
Why didn't Eren's eyes change colour when he inherited the Founding Titan?
3
Why was Fritz put on the throne as a king?
4
How did Armin survive after being roasted and blasted away from the Colossal Titan?
2
If all Subjects of Ymir are descendants of Ymir (first titan) and the first king Fritz, why does the Royal Bloodline only start with Karl Fritz(145th)
1
Why did Ymir die after being pierced by a spear, if she should have the regenerative powers of a Titan?