What is this sci-fi anime from the 90s involving a mute main character and lab experiment by some mad corporation? [closed]

I believe this sci-fi anime was made in the 1990s.

The main character is a mute and lab experiment by some mad corporation. At the beginning, he escaped from his pod when they try to transport him via train. Also, he got some kind of worm living inside his head that gave him super power.

My memory is vague, but he did met up with a little girl and befriend her. The corporation tried to retrieve him and in the end, he end up destroying their headquarter. The ending shows him hibernating below the lake surface.

Anyone seen this anime and know the title?

I think you are looking for Baoh.

Baoh is originally a manga series by Hirohiko Araki, who is best known as the creator of JoJo's Bizarre Adventure. It was serialized in Weekly Shonen Jump from 1984 to 1985 and was adapted into a 50-minute OVA in 1989.

Plot Summary: Ikurou Hashizawa was a normal boy until he is captured by evil scientists who create the ultimate fighter by attaching a parasite, named Baoh, to his brain. The mysterious girl Sumire, who has psychic powers, frees him and together they work to avoiding being captured by those who want to use their powers. 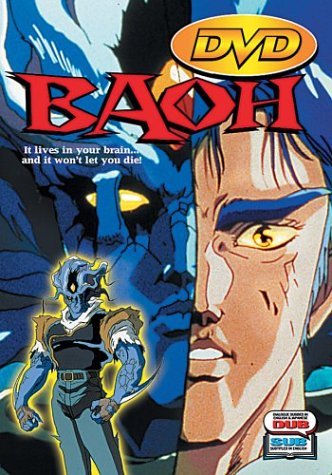 Not the answer you're looking for? Browse other questions tagged baoh or ask your own question.