Why is there an entire Death Note if only one page is enough?

After discussing the matter of whether the Death Note will ever run out of pages, it appears to me that there is another unclear matter, which is whether the page itself can ever run out?

You can easily take a page, use an erasable pen and write carefully, then when filled, erase the entire writing without damaging the page. You will always be able to kill other people using that same page. I have the following sub-questions: 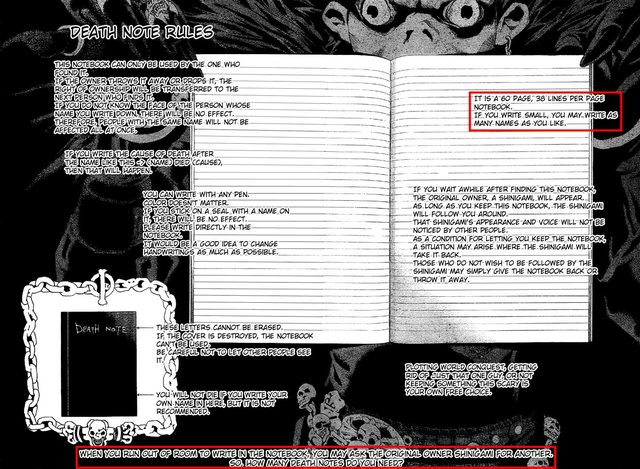 It says that when you run out of room to write you can ask your Shinigami to bring you another Death Note.

The manga pilot is non-canon. However, nothing is explicitly stated about it in the main series, so this rule may or may not be valid for the main series.

Can you kill people after writing on an erased page?

How to Use: XLII

1. It is useless trying to erase names written in the Death Note with erasers or white-out.

The word useless in the above rule could be interpreted to mean either of two things:

If the interpretation 2 is correct, end of discussion, obviously. If interpretation 1 is correct, you could theoretically keep reusing the pages by writing with pencil and erasing with an eraser, or writing with ink and washing it with water, etc. However, it is probably not worth the trouble because you have endless pages anyway.

Lastly, to answer the title question:

Why there is an entire Death Note while only one page is enough?

For convenience, that is all. With more pages, you can avoid the hassles of having to erase every few days, erasing with care to prevent damage to the page, etc. Moreover, the Death Note was not "designed for humans", it was "designed for Shinigami". The product design generally caters to the preferences of its primary customer base. :-)

44
Why does the Death Note never run out of pages?