How did Madara know that Sasuke is the last surviving Uchiha?

SPOILER ALERT: If you haven't read Chapter 657 of the manga, read further at your own risk.

In Chapter 657, the reborn Uchiha Madara asks Sasuke to join his side, remarking that they are the last of the Uchiha. However, he died before the Uchiha clan massacre, and was reincarnated with Edo Tensei only during the fourth World War. He fought with the five Kages, and then headed to the battlefield where Obito was fighting Naruto's team. Obito didn't have a chance to tell him the story of what happened after his death.

How come he knows that Sasuke is the last surviving Uchiha? 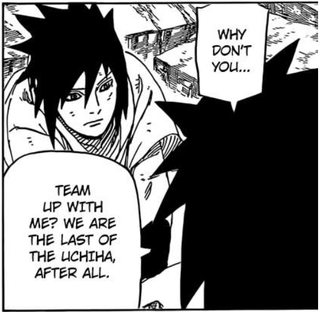 In pages 11, 12 and 13 of chapter 657, it is clear that Madara and Black Zetsu (Madara's will) are able to communicate with each other: 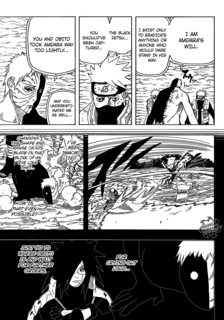 Black Zetsu adds (in page 11) that both him and Madara were underestimated. And in the two pages that follow, he 'shows us' flashbacks in which him and Madara have been communicating during the war.

Given this, I'd say it's safe to assume that Madara got the information from Black Zetsu:
Either because he told him everything directly; or Madara may have gotten the information 'instantly' as soon as he was revived, since Madara and Black Zetsu share a deeper bond, since the latter is the former's will.

Keep in mind, Madara basically made Sage Mode look like a joke in almost every aspect possible :)

EDIT : Or perhaps we can call this a plothole :S I should also add that maybe Madara doesn't know about the Uchiha massacre, but rather just knows that he and Sasuke are the only Uchiha alive (excluding Obito because of his situation).

Madara is a sensory type. He can feel a person's chakra from a continent away even before sage mode. The second was able to tell Karin's clan not only by her red hair but also by her chakra type. So Madara being a sensory type, once revived, came to his own conclusion of why he couldn't sense his clan's energy/chakra and like most of the time was right about their untimely demise.