Can you write in English in the Death Note?

I'm wondering whether the Death Note would still work if you wrote in English or other languages, or if you have to write in Japanese.

For example, if I was to write "John Doe is going to die in a car accident", would I need to translate it into Japanese or would I be able to simply just write it in English?

It depends which are you talking about - the names, or the death details. for each there's strict evidence, we will start for the language of the names:

First, in the first episode of Death Note, it is shown in Light's Death Note like this: 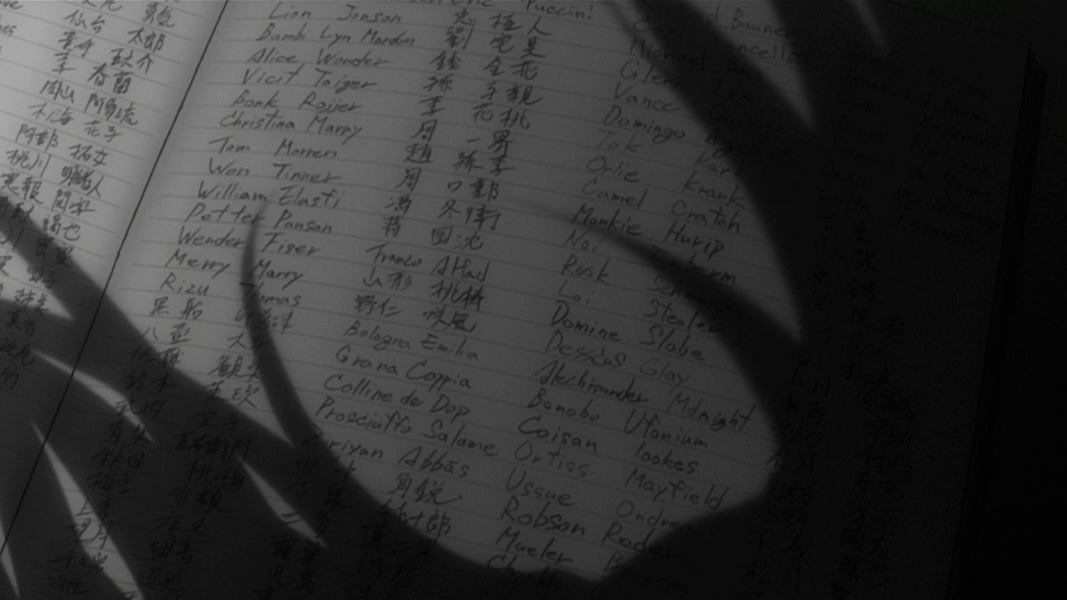 We can see that Light had written the names in the Death Note part Japanese, part in English. if we will go by the assumption that you can write in other languages, why Light would bother to write in English? only to show that he knows?

The names that you see with the eye power of a god of death are the names needed to kill that person. You will be able to see the names even if that person isn't registered in the family registration.

As we can see along the anime/manga through images seeing by the shinigami eyes that it depends on which language the original name was given, as we see with Mello and Near cases that the name is in english, and as the rule specifically needs you to write that name you see in the shinigami eyes, and that name is the one needs to be written and not other. from this we learn - you cannot translate names in the Death Note but to write the name with the original language. 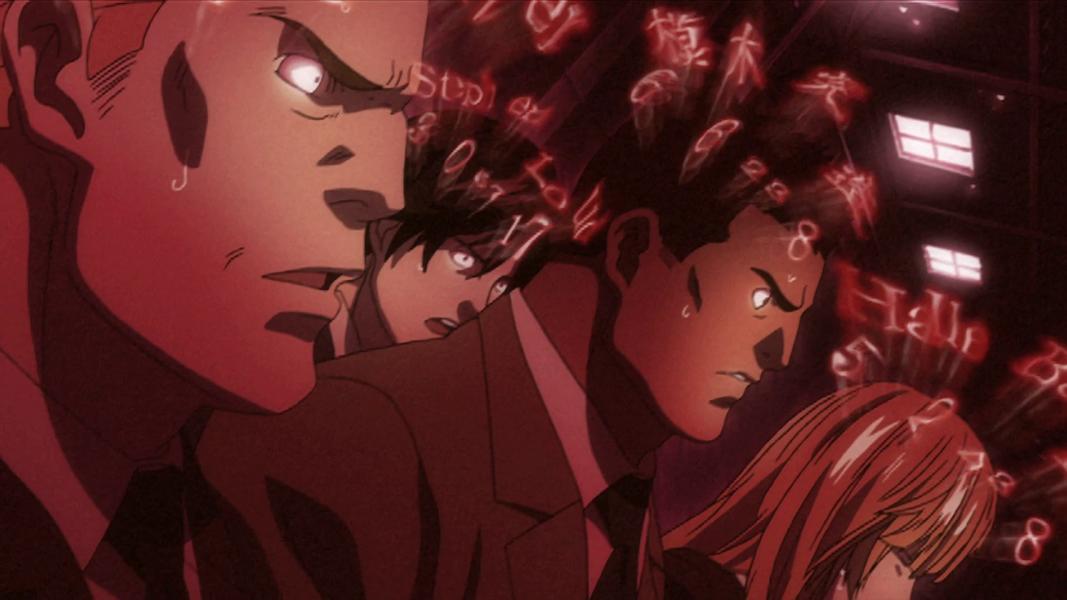 Now this is for name language, as for the death details, it might not evidence as others here tried to say without them, but the little evidence is actually the simple fact that we see Light writing the death details in Japanese, now as Death Note is sure is a shinigami notebook you would say that only shinigami can write in it with their own language (as Misa's Death Note front written in their language) but it still can be written in human language. or you might as well come and say that since the Death Note touched the human world and belonged now to it (as clarified from the rules/Ryuk said so himself), it can be written in every human language which make sense since if not what's the point of belonging to the human world if it cannot be used in it, but in the shinigami world (according to this answer) it is have to be written in shinigami language.

Either way, Ryuk said he had written the rules in english because it is the common language in the human world, from the way he pronounced it, it is possible to every human in the world to use the Death Note or he would describe the way to use it in other language, the fact that he chose the common language states that it works in every way.

(And the logic screams it, as the user of the Death Note needs to understand what he writes, if he cannot write the language to use the Death Note, what's the point owning the Death Note?).

Evidence for this in the anime in ep5 where Light holds the pages where the FBI agents are written, you can see that the names are in English while the death details in Japanese. 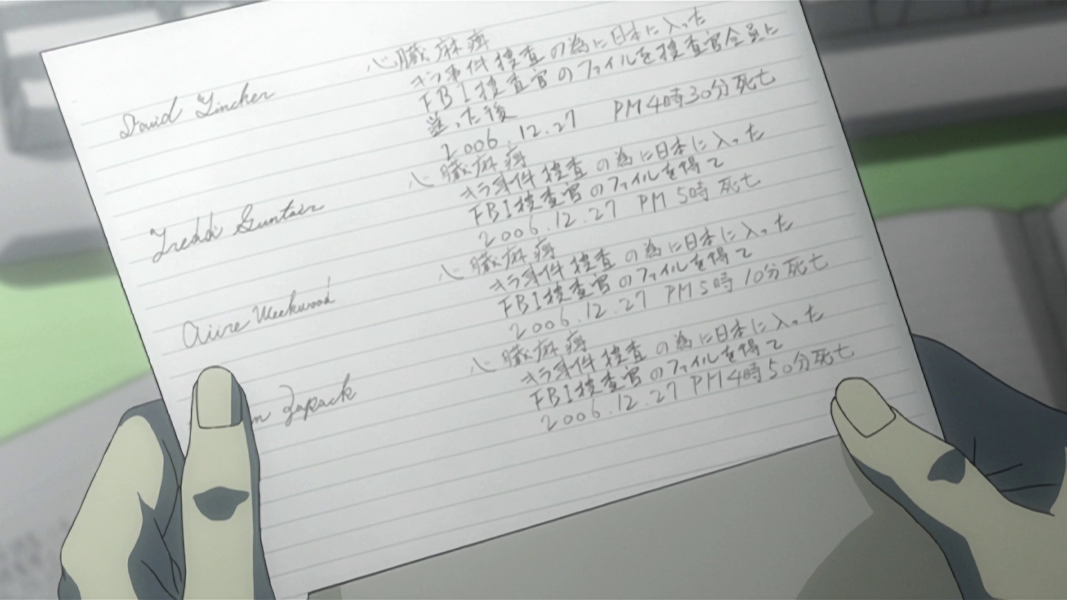 The question about the last evidence is that if Ryuk knew that it doesn't matter which language to write the death details but the name language is matter, why didn't he specified the rule for the name language that it needs to be in the original language? The answer is simple as the writer needs to know the real name of the person, and it is simple as that that the writer needs to know the name of the person in original language so it's also needs to be written in that language, and the above evidences is helping the simplify of things.

There's no rule i Death Note about the language, so we can assume every language is ok. We can be 100% about Japanese. Also i believe there's Mello's henchman who writes down names in death note and he was an American, so he definitely used latin alphabet Also Shinigami write down a name of person to kill them and in some languages there's names that can't be written just in hirakana or kenji if this language has a unique letters like Ź, Ć, ą etc, so it further confirm you should be able to write in death note in thids languages too, but thats just my personal assumption