What kind of demon is in "My Status as an Assassin Obviously Exceeds the Hero's"?

In the manga My Status as an Assassin Obviously Exceeds the Hero's, the English translation refers to a "Demon Kingdom" and a "Demon King". Based on the wording in the original Japanese, which of the Japanese variations of "demon" are they referencing?

Do they use a foreign loan word, or are they referring to a specific type of demon out of Japanese folklore, such as a yokai or an oni?

As noted in @AkiTanaka's comment, the word translated as "Demon" in this manga is "ma" (魔), or "maō" (魔王) for Demon King and "mazoku" (魔族) when discussing the demon kingdom.

I haven't personally read the Manga, but you can tell by comparing these panels from the first chapter: 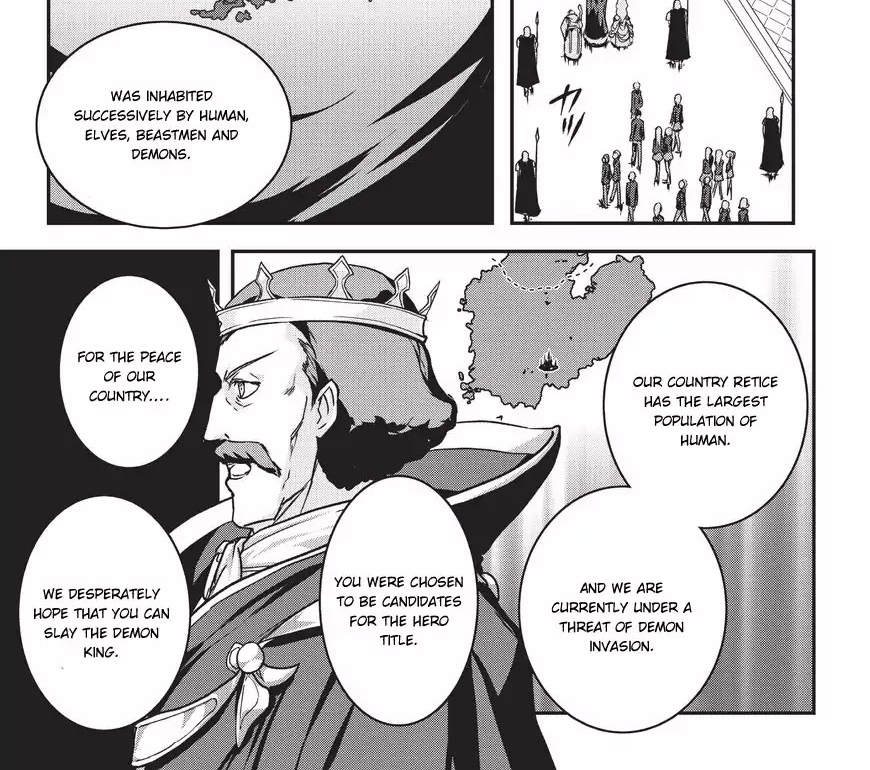 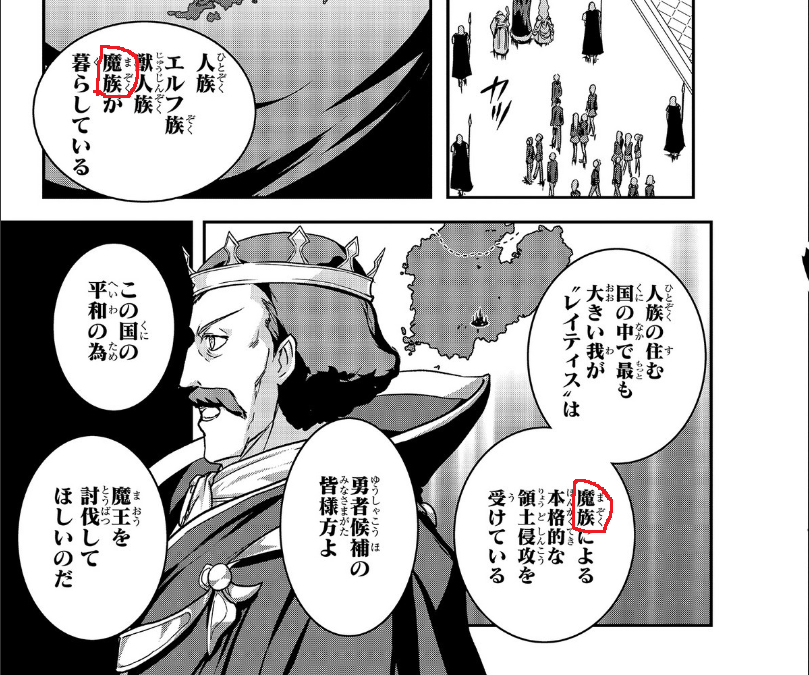 So no, the "demons" to which they're referring aren't a particular type of being from Japanese mythology, like "youkai" or "oni", but rather a more general term for evil spirits/beings often used in generic Fantasy settings.

It's the same "ma" used in "akuma" (悪魔), which you may have also seen in many Manga and Anime, and is often aligned with more Western/foreign notions of "demons" and "devils".

See e.g. this answer for some nuances of how of these various terms differ.

Not the answer you're looking for? Browse other questions tagged japanese-language my-status-as-an-assassin .

18
What is the proper pluralization of "anime" and "manga"?
5
What is the disease called "Tsurarekia (ツラレキア)"?
3
What is the "-shi" ending's meaning?
8
What is the actual meaning of "denpa"?
0
What kind of luck are Hanako and Botan getting in the opening?
12
What does the phrase "Rokkon Shojo" mean?
2
What is the (historical) significance of the name Kazamatsuri?
7
What meaning does the nickname "Kyon" has?
7
What is the official name for Liore?
7
What is the meaning of the title, "Dorohedoro"?