Why don't titan shifters keep their napes hardened all the time

When Levi took down the beast titan in season 3 part 2, the beast titan mentions that Levi is too fast and that he won't be able to harden his nape in time. So why don't all titan shifters keep their napes hardened all the time?

The first ever hardening was seen in the female titan (Annie) which is not a natural which is learnt by the titan holder by doing some modification to the titan. Only armored titan is the one who has the natural hardening. So other titans who has hardening technique (As of now artificial hardening is learnt by Beast, Female and Attack titan.)

Well in the Anime you must have seen the Eren learns the hardening technique using the fluid which was given by Hanje. And Eren doesn't learns it right away, even though he had created a huge hardened titan body sculpture at the first time.

Later he used it to misguide Bertholdt when Armin was sacrificing himself so that eren will get some time to harden the whole titan body. That time Armin was buying some time so that eren will get enough time to do his job and also not to mention Bertholdt could only partially see Eren's titan because of the smoke caused by his own colossal titan.

So the main point is, if the titan doesn't has natural hardening then titan will take time to generate the artificial hardening. And whole process is time consuming, and causes energy drain to the titan holder.

Remember, titan holders have limitations on how many time they can transform throughout the day.

In manga, there is one scene which is not happened in the anime yet, its minor spoiler though:

In manga at one point, Reiner confirms that he will not be able to transform into titan because of energy drain.

Even though if you think, when Levi attacked beast titan, Zeke lost his arms and legs so he won't be able to transform into titan anyway, but also remember that he had cart titan on his side to save him from Levi, which eventually happened!

Well this hardening is not much of the use when scouts use Thunder spears which destroys all the hardening (chapter 113). In below image as you can see Levi is overpowered here against beast titan. Not to mention that Levi is faster, has more skills than any scout, so it's really hard to get out alive for the titan holder when they face off Levi. 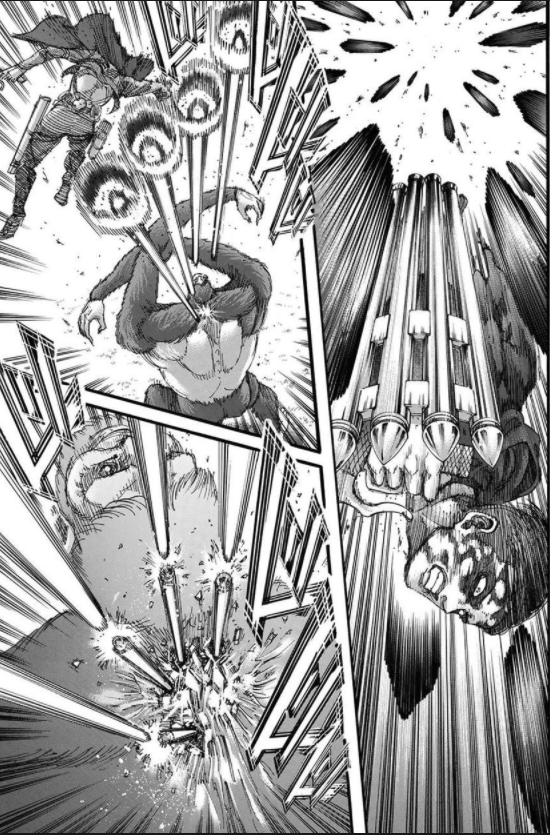 I would like to add that when Annie was being held hostage by the SC in the forest arc, she did hold the hardening for quite some time, but as time wen by it started to weaken and crack by itself. So, in short, they can do it, it's just too energy draining and not worth it. It's just better to harden it at the last second, as previously mentioned.

Prathamesh is right, but I would add that it's also a tactic to hide the hardening ability.

I assume that your question is mostly about why Annie, because she's the only one we know that can harden her nape any time she wants (Armored titan is completly diferent thing and Eren doesn't control that ability that well). Annie doesn't use hardening ability all the time to lure enemies closer - seeing armored nape many scouts wouldn't attack it. but when they see it naked, they go directly for it, so Annie can harden the nape in the last second and kill her surprised enemies. She actually almost got rid of Mikasa this way, one of the most dangerous scouts, but Levi saved Mikasa Also, i believe Annie could harden only one part of her body at a time - so she was sometimes hardening her fists etc. so hardening only her nape would make her less capable and her task is not only to survive but also to capture Eren so she can't focus just on defending her nape all the time.

2
What's the purpose and origin of the titans which arent titan shifters?
4
Why didn't Annie take Eren out of his Titan when she kicked and beat him in the head during their fight in Stohess?
1
How many titan shifters can harden their skin?
4
Why didn't Eren's eyes change colour when he inherited the Founding Titan?
5
How is Levi so fast when attacking the Beast Titan's nape in season 3 part 2?
0
How did the Scouts know that Mike Zacharias died?
3
Who are the people that the Beast Titan turned into titans?
1
Did the beast titan walk all the way to the wall, and can the Beast Titan run?