Can Logia type Devil Fruit users fight each other?

Portgas D. Ace VS Enel or VS Smoker.

This question isn't about who is stronger, it's rather about how can they fight each other if they meet? How can fire fight electricity or smoke?

I'm still at episode 338 so maybe I'm not aware of some information available in future episodes, but still, I'm getting too curious to wait for the episodes to reveal that for me.

When Ace fought against Smoker 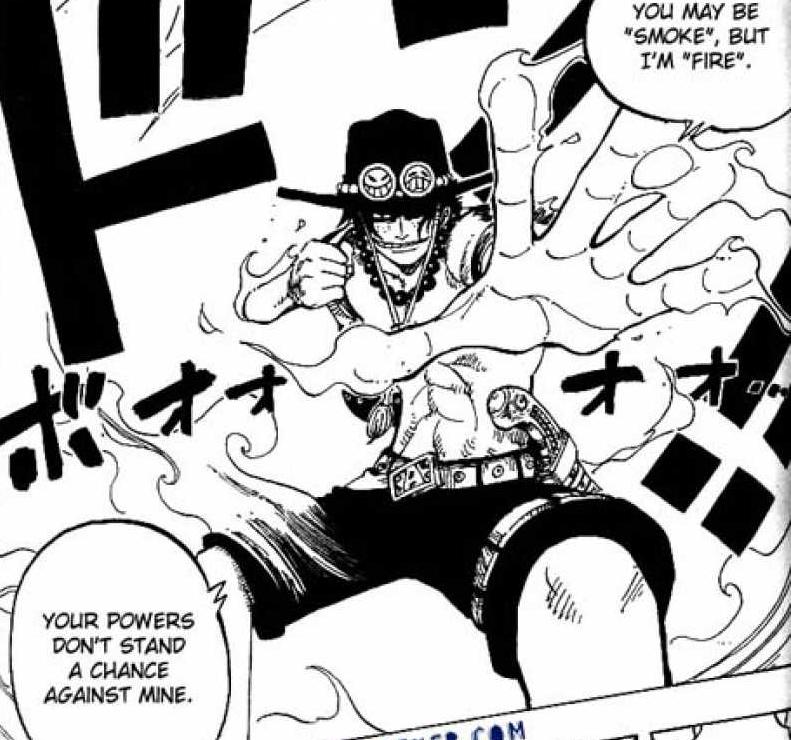 When Ace fought against Akainu

This fact is also mentioned on One Piece Wikia:

A Devil Fruit user who normally dominates all other powers can sometimes be brought down by a power considered "weak" in comparison; one such example is the Gomu Gomu no Mi unexpectedly withstanding the Goro Goro no Mi's powers, the Doru Doru no Mi unexpectedly holding back the Doku Doku no Mi's powers and Akainu's Magu Magu no Mi dealing a fatal blow to Ace despite his Mera Mera no Mi due to an order of superiority. Another surprise also came when the Mera Mera no Mi clashed against the Moku Moku no Mi, equalizing with each other, and then later against the Hie Hie no Mi with the same results.

The accepted answer describes well the effects of haki and the difference in power between some DF, but there are other ways :