Does Nijigasaki campus have a track field?

Is there any scene in the anime, the game or released concept material which shows the school having a track field?

Yes, and it's shown right in episode one!
The first mention of its existence is when the captain of the drama club tells the members to run ten laps. Later in the episode (about 15:46 in), there is a scene that pans through the various facilities of Nijigasaki High, and there the track is included. (Other facilities include a gym, a pool, and tennis courts). Below is a screenshot. 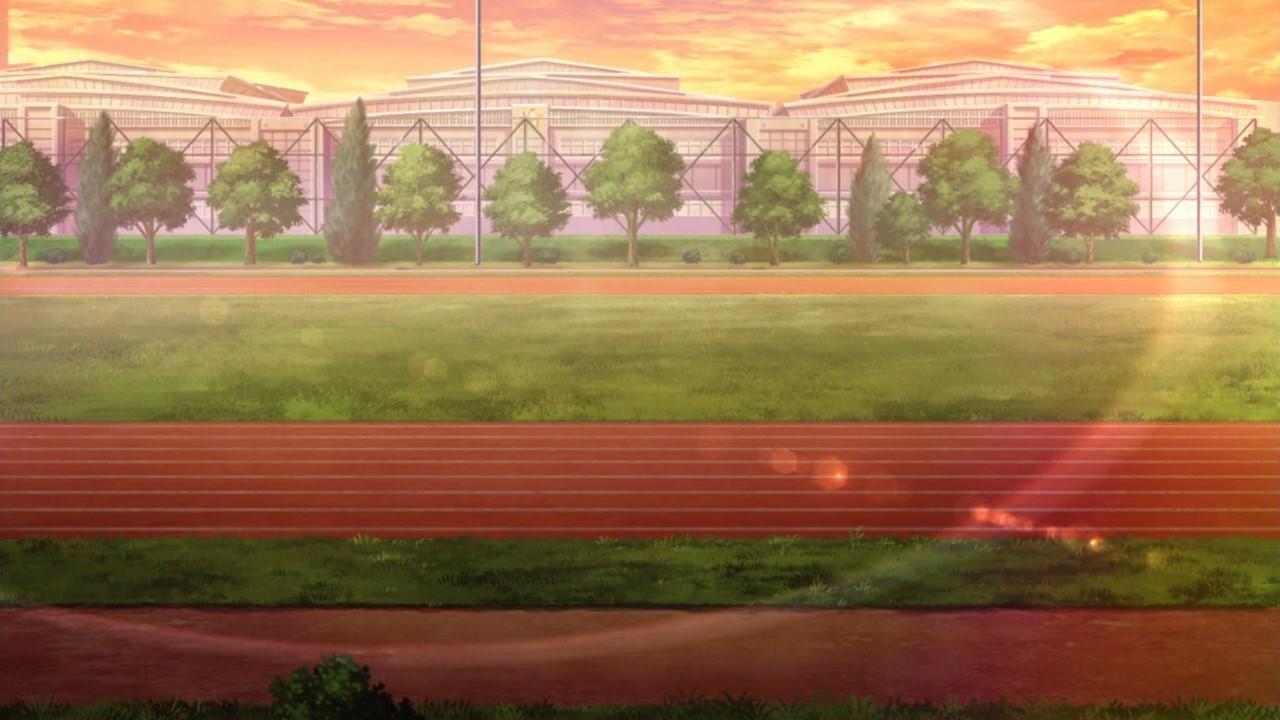 It looks like it is located at the Sona Multipurpose Plaza. It's a grassy park, so it already bears a resemblance, as can been seen from this pamphlet (the "grass field" section). Google also has a Street View where you can see almost the same view as the scene, with halls in the background.

The track comes up again in episode 10, where the club is jogging. 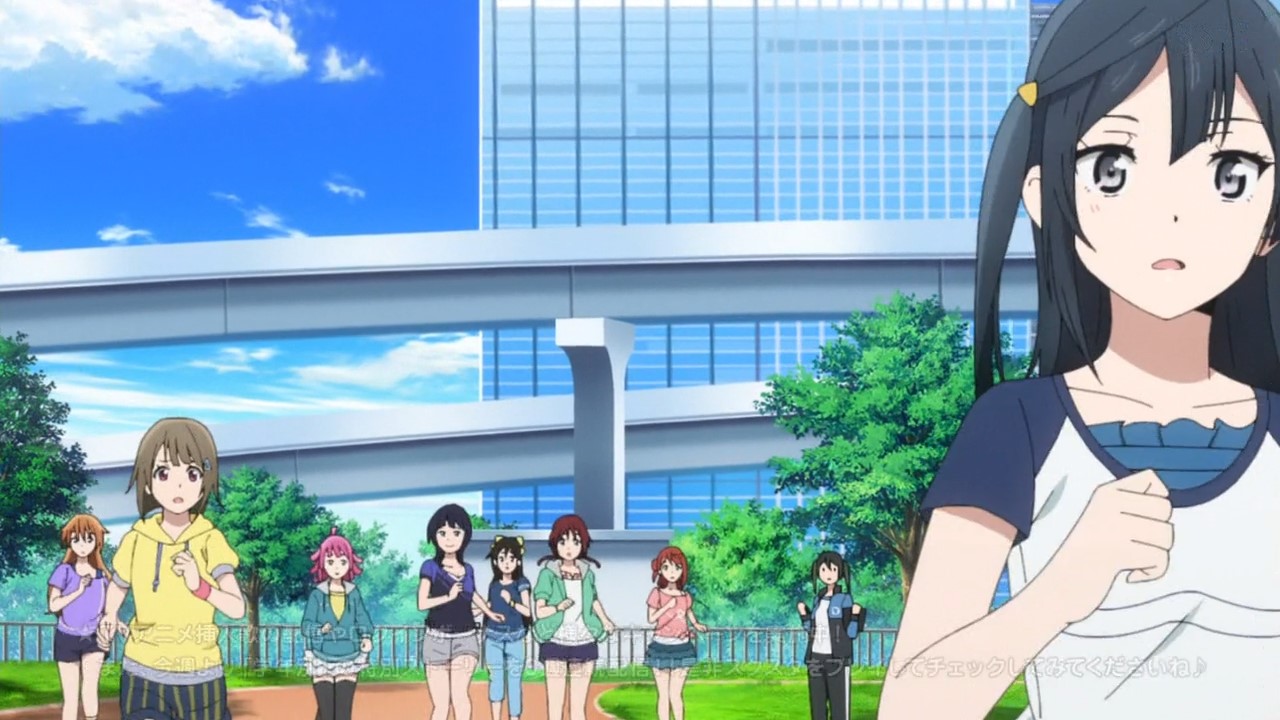 This Street View, takem from the adjacent road, shows the same Yurikamome tracks as in the screenshot, matching the same location.

Soon after this cut, they start playing tag, giving us another shot of the tracks: 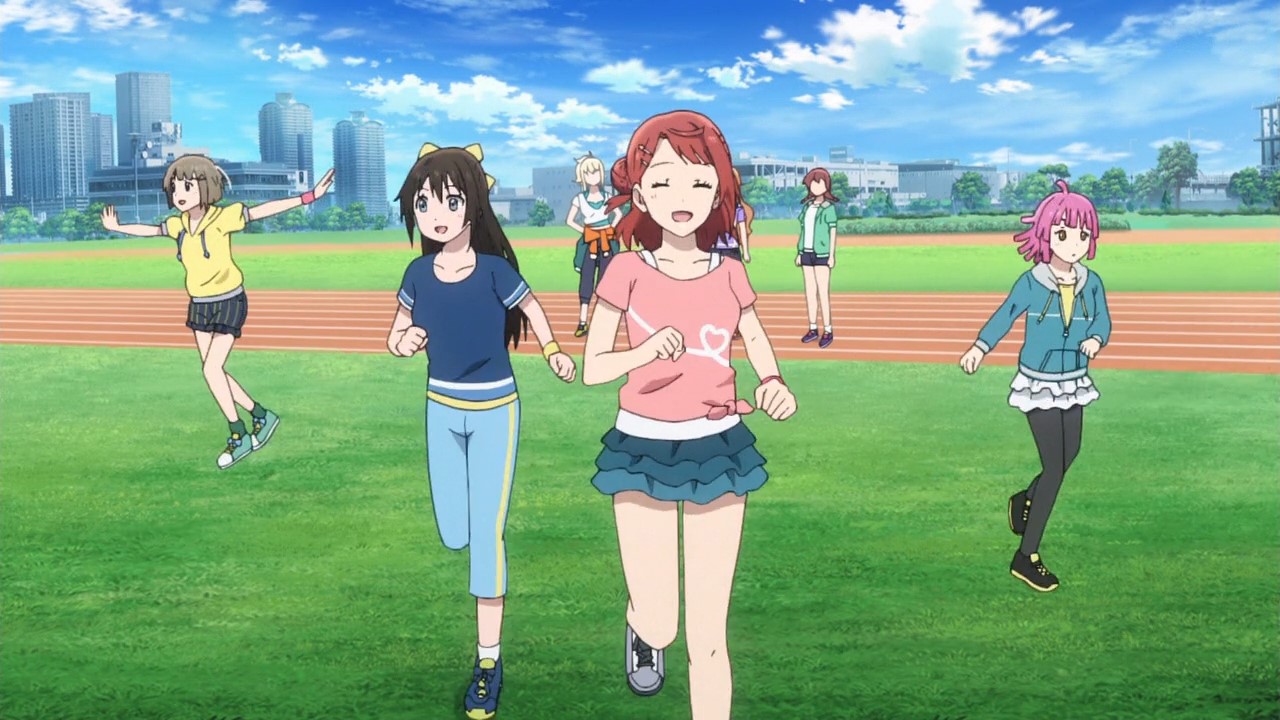 The same Street View as the first one I posted, just turned around 180, shares a lot of the same buildings in the background. So, I'm certain the location is at Sona Multipurpose Plaza.

3
What does "Khorosho" mean?
5
What Idol Groups in Love Live have real life counterparts?
6
What does "nico nico nii" mean?