Can the Tenseigan be transplanted?

Is the Tenseigan able to get transplanted? I've tried Googling it but it did not give me the results I was looking for.

Logically speaking, the Tenseigan should NOT be able to get transplanted, as long as the receiver isn't of the Otsutsuki.

According to a Quora page I found:

Considering the fact that Tenseigan can only be awakened when a Byakugan is tied to the chakra of an Otsutsuki Clan member, it should not be able to get transplanted because once taken out of the eyes, it is no longer tied to Otsutsuki chakra of any sort. This is assuming the receiver of the Tenseigan isn't Otsutsuki themselves.

For more information on the Tenseigan, please check out this link.

So, Based on this theory I can say that a Tenseigan cannot be transplanted I will tell you why If you watched the movie (The Last: Naruto the movie) where he meets Toneri Otsusuki who is a generation of Hamura where he kidnaps Hinata. Yes, Over there the plot mention as follows:

The Hyuga Clan revealed to be descended from Hamura's kin who remained on Earth, Toneri had transplanted Hanabi's eyes into himself so he can acquire the Tenseigan (転生眼, lit. "Reincarnation Eye") created from his ancestors' sealed eyes while proposing to Hinata.

So in theory a Tenseigan can gain the power if the person who wants to require it must be a descendent of a Hamura and in order to complete the Tenseigan they have to acquire a Byakugan from the Hyuga Clan since they are Byakugan users and it will take several days to mature it.

In Conclusion, A Tenseignan cannot be transplanted and even if they do it might not activate due to these facts.

Tenseigan can be acquired when an Ōtsutsuki is implanted with the Byakugan of a Hyūga: this combination of the two clans' chakra transforms the Byakugan into Tenseigan 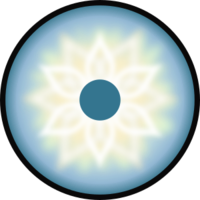 14
What or who can kill Orochimaru's life force?
5
Is there a canon explanation as to why Naruto still likes Sakura?
6
How can I quickly understand the basics of Naruto and the story without watching all 300+ episodes?
2
What did Madara mean by "showing our guts"?
3
How to summarise the whole Naruto franchise without giving a lot of spoilers?
7
Why was it so easy to defeat Toneri, Kinshiki and Momoshiki?
0
Can Byakugan/Rinnegan eyes be transplanted on non-Byakugan/Rinnegan users?
2
If Itachi wanted the best for Sasuke, why did he ask him to kill his best friend?