Eren's plan in Attack on Titan

After watching Attack on Titan I can't find a reason strong enough ( probably cuz I'm dumb ) that made eren desperate to do the rumbling . In fact I find Zeke's plan more sensible . Can anyone explain to me the motivation behind Eren's drastic step ?

The way I see it, Eren was forced to make a choice: It was a choice between carrying out genocide against your friends and all the people against Paradis just to atone for the sins of their ancestors and to appease the world or to save Paradis from everyone else.

The world went through all means to make them suffer for all the years they've lived. In Chapter 100, Willy even encouraged every country to fight against the Eldians on Paradis. Eldians in Marley live in internment zones and were discriminated. Let's think about it for a second: was it fair? They were trying to force the descendants of a race to atone for the sins of their ancestors. The descendants who currently live in Paradis and Marley have done them no wrong. In fact, it was them who kept antagonizing the Eldians (e.g. exiling Eldians as titans, sending Titan shifters to recover the Founder which led to the Wall breach, discriminating Eldians in Marley). Naturally, just as how the rest of the world treats them as the enemy, it's inevitable that some of the Eldians would, given the actions done against them, also treat them as the enemy. It's fair to punish those who've done you wrong but is it fair to punish their descendants as well?

The threat of the titans cannot be denied, yes. They could have tried resolving it peacefully but did they give a chance? No. Even Willy wanted the Eldians in Paradis dead. So, Eren did not make the choice. Rather, he was forced to make the choice because the world chose to see them as an enemy. Personally, I think Eren's response was only natural. They were attacked, they responded in kind.

It's easy to say that what Eren's decision would 'carry on the cycle of hatred' etc. But, when trying to understand a character, I try putting myself in their shoes. If I was Eren, would I choose the world over my family and friends? Would I choose to save strangers who condemn me over people I know who were always with me? Would I really sacrifice myself for the people who tormented me, who brought hell unto my life for a sin I did not even do?

It's all revealed in the last two chapters of the manga. By looking at your question it seems you haven't read that yet and since anime is yet to cover it in next year, here's few things he mentioned why he did it.

Heavy spoilers ahead, only read next lines if you are okay with it cause its gonna spoil the whole story for you.

Last chance to go back, next sections will have the answer with heavy spoilers!

1. To end the war and hatred.
In the final chapter, Armin and Eren have conversation, in which Armin asked Eren, why did you pushed us away and made us hero? 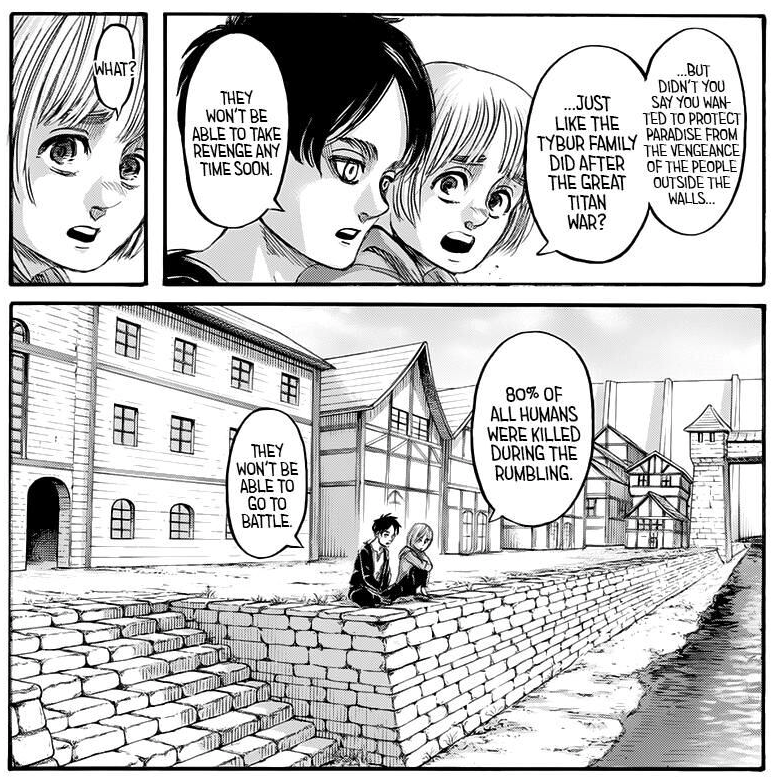 And that's not the whole truth.

2. Eren asked Armin and Mikasa to kill him in the end!
So that they can live a happy life later when all of this is over. 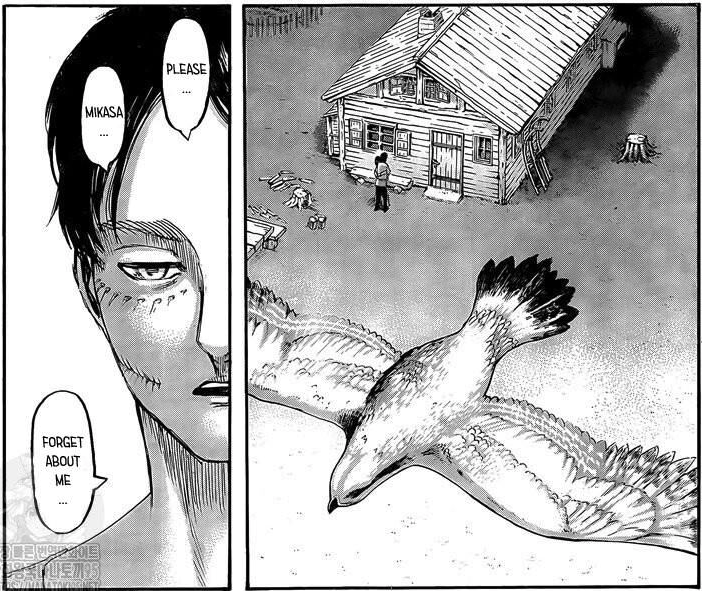 And so did they. Here Mikasa can be seen going for the Eren's head (Chapter 138) 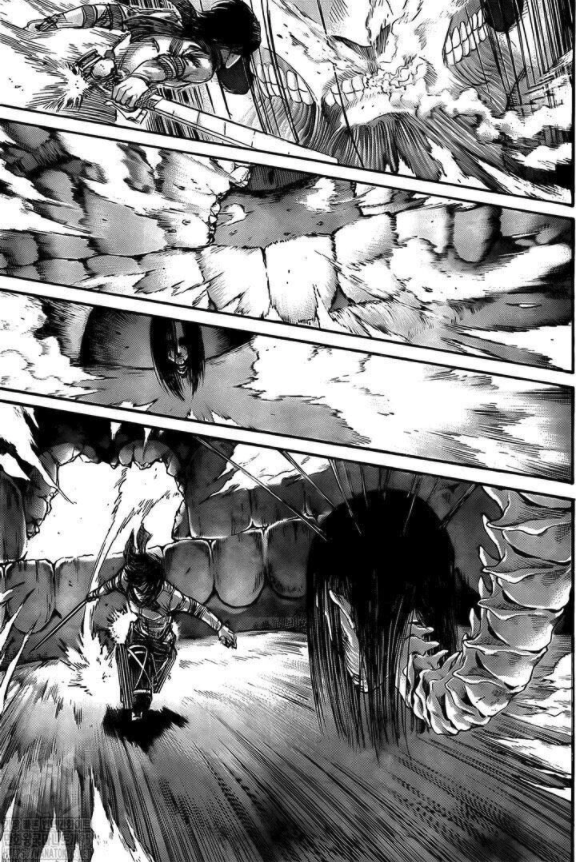 And the final goodbye! (from chapter 139) 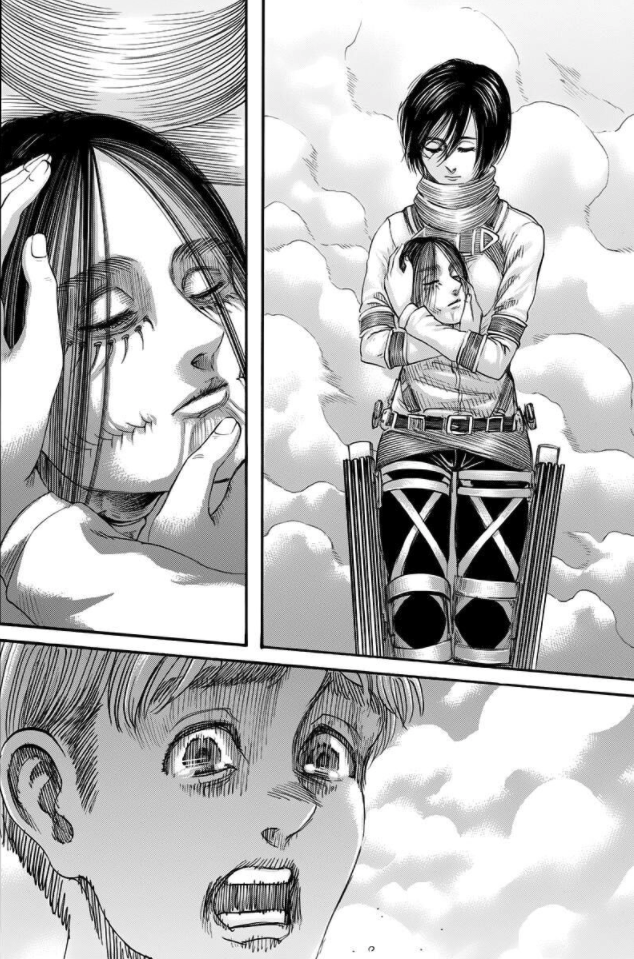 3. He wanted to make the world titan free and free the Ymir as well.
So that no one will be able to use the titan powers again against the humanity. When Eren gets killed all the titan power fades away! All the existing titan vanished into thin air by doing this he frees Ymir as well. 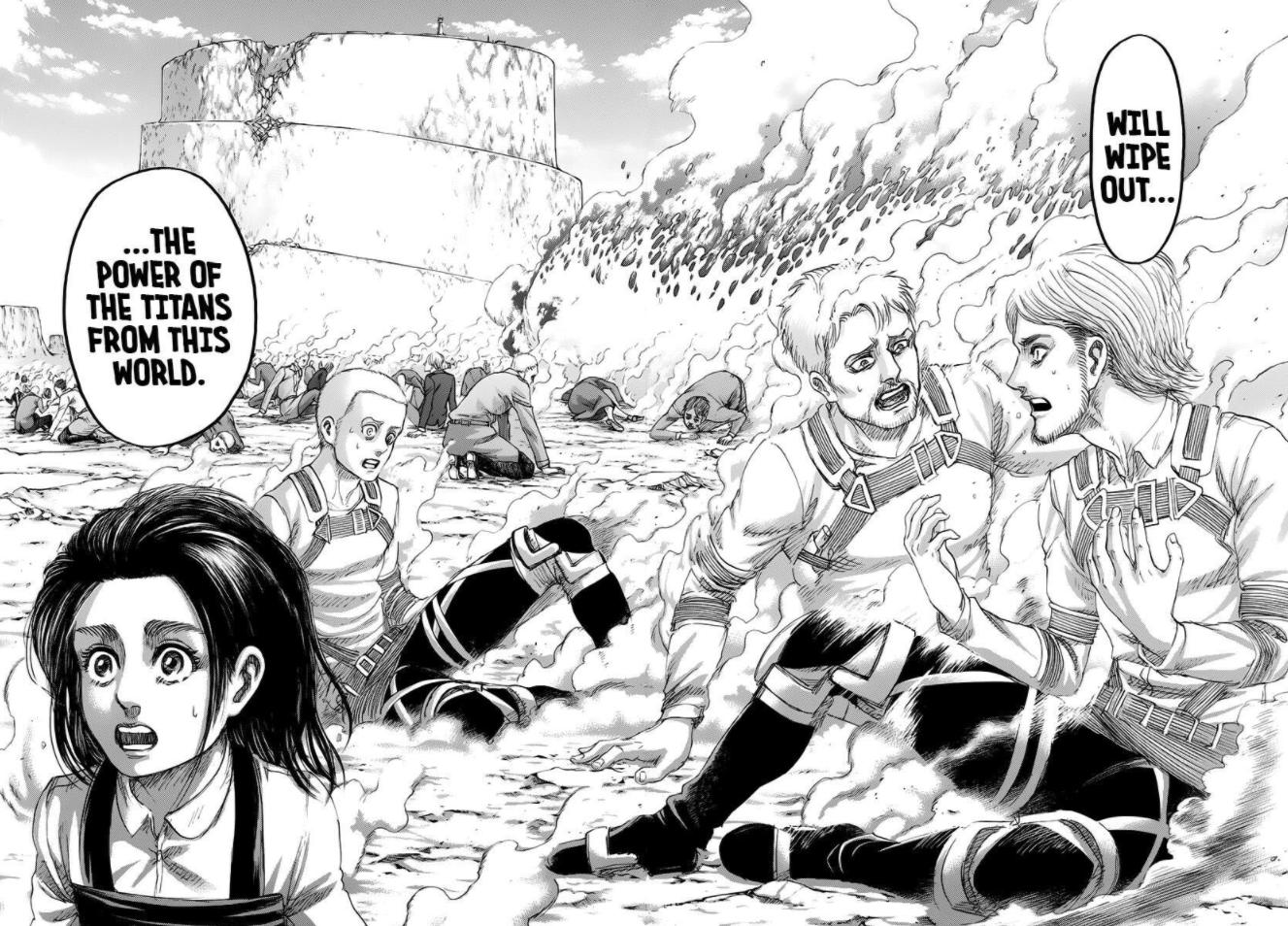 he wanted to destroy (rumble) the world, and have his friends (specifically Armin or Mikasa) kill him to prove that the people of paradise island aren't these so-called "devils" and also so his friends and his people don't get killed by Marley, also he wanted to get rid of titan power;(that's why he said 'he didn't want anyone to take his titan') and he wanted a new world without fighting nor titans so, basically, he wanted to "kill all titans" especially 'the titan shifter power'

18
How did the Female Titan cut Eren's titan form?
10
Where is Eren's father Dr. Jaeger?
4
Is Eren's Titan in "rage/flame" mode stronger?
6
Is Eren Jaeger considered a Rogue Titan or an Attack Titan?
1
Attack on Titan Opening Themes
4
Why doesn't Eren's Founding Titan ability to control other titans work on Rod Reiss' titan?
1
Do Eren's crystalization powers come from the Attack Titan or from the Founding Titan?
3
Can the attack titan and the founding titan be splitted?
0
Attack Titan holders