In chapter 402, page 8, Zoro and Usopp got cuffed together with a Seastone cuff, but Zoro didn't cut it, and instead he suggested to cut one of their hands.

At first I thought that maybe it's impossible to cut Seastone, but then I read chapter 677 page 9, where Law can easily cut another person's Seastone cuff (he is the only one that get caught by normal cuff). So why didn't Zoro cut his, was it because he not strong enough? 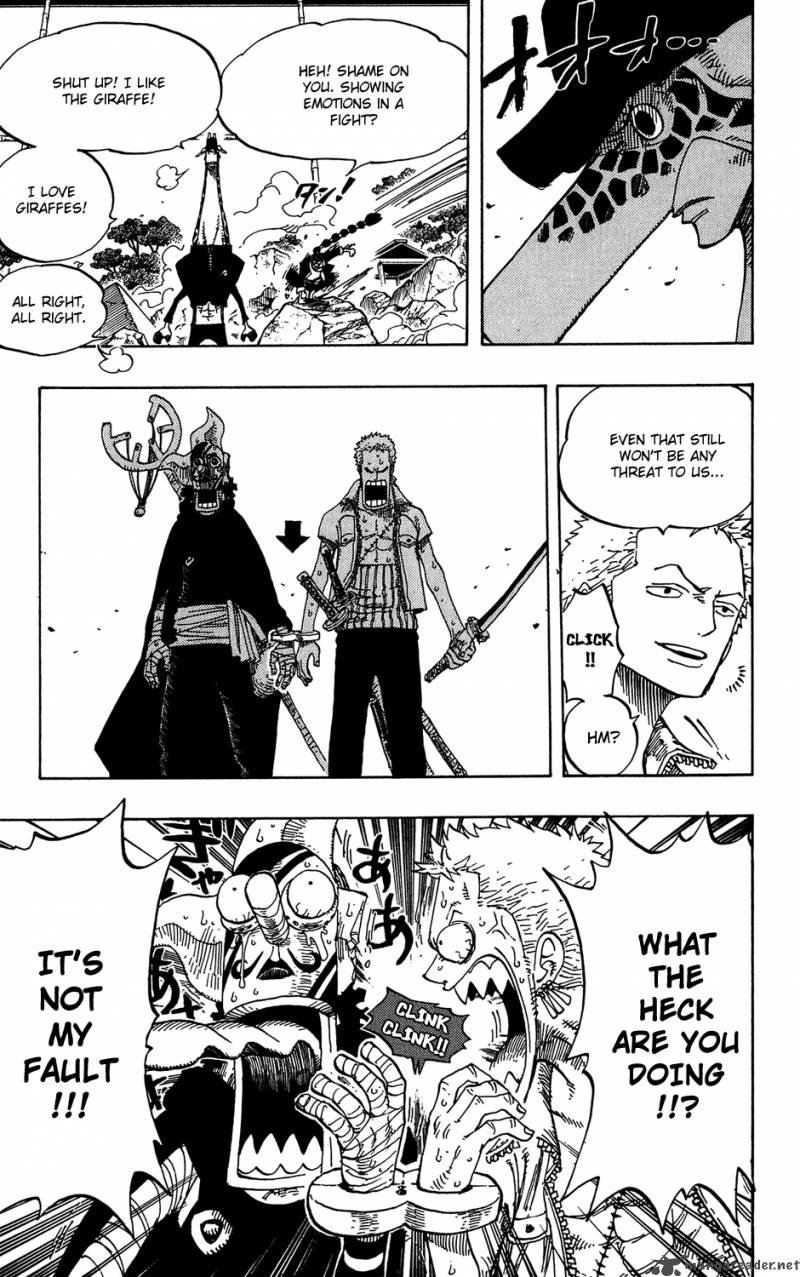 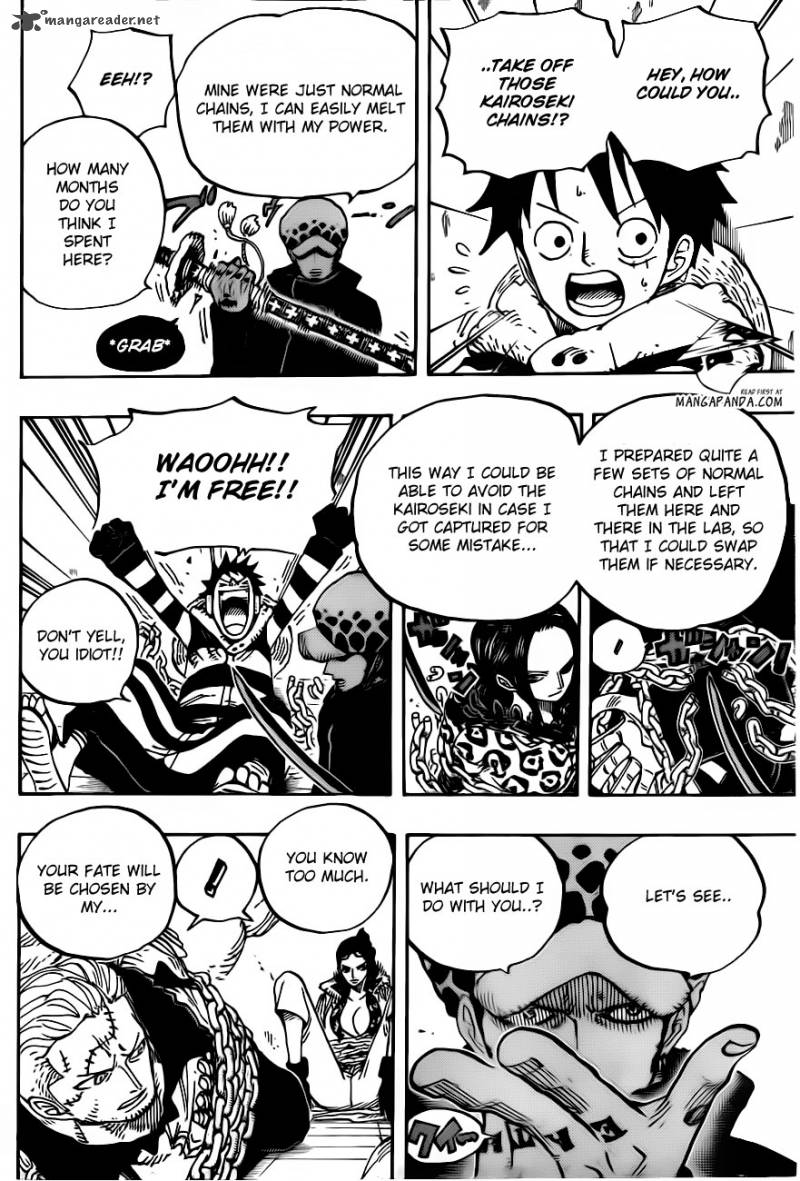 Kairoseki is as hard as diamond, as stated in Chapter 400 p 11, so it is unlikely for Law to have cut it. However, it is a chain and nobody said that the chain consists just of Kairoseki. It is highly likely that at most every second chain link is effectively Kairoseki, since it is as hard as Diamond, you could barely made it into a chain without any other material and after all it is a rare material.

Law can control everything in his room. He can even extract toxins from someone's blood, so I guess he can also break chains with his mind/power even without actually having to cut them. Law and admiral Fujitora just use their swords for show anyway. They don't really need to cut something to activate their powers as can be seen when he removed his own cuffs or when admiral Fujitora was sending a meteor towards the straw hats while eating noodles.

Any answer to this question would be pure speculation:

If it were that the entire chain is not made of seastone, any rational being would make the cuffs portion of the chains seastone and, therefore, he would not be able to cut the chains off without cutting seastone. This answer, though already accepted, could be rationally excluded.

Whether it makes sense that his devil fruit power could have been used to cut the chains is dependant on whether non-contact devil fruit abilities can manipulate seastone. I don't believe they can but the way to determine that is to look at smoker. Can smoker-san turn his entire jutte into smoke? If he can, then this is how the chains were removed. If he cannot, he must have done it by his own skill.

If a swordsman (combined with the strength of his sword/swords) is rated by what he is able to cut, Law may have been able to cut the chains by his own strength. His blade would touch the stones, not him. The seastone being as hard as diamond does not mean it cannot be broken; hardness is not the same as toughness. In other placed I would give better examples but for an anime site: the blades used in Attack on Titan are a super hard metal yet fracture/dull easily. Almost all very hard materials (especially stones and ceramics) have fracture planes between grain boundaries along which the material can be shattered or split with sufficient force. How did you think diamonds are cut? Why could Law do this and not Zoro? Law at that point in the story was a better swordsman by this rating criteria then Zoro was at the time when he considered cutting his hand (or his leg, or his chest, or throwing himself into a floating paw of pain... what is up with this guy?)

Finally please note that none of these explanations matter. One Piece is (and I love this) governed by the "rule of awesome" and the "rule of funny". What is possible and what the chains are made of is all what is fun for the audience. Both referenced scenes were badass and awesome. Why could Law cut the seastone and Zoro couldn't? Because it was a better show that way!

None of the other answers actually answer the question. OP asked

So why didn't Zoro cut his [seastone cuffs], was it because he not strong enough?

How could Law break the seastone chains?

If it really is just as hard as diamond, then Zoro should be able to cut the seastone. He has cut metal before and clearly stated that diamond wouldn't be any different.

But for this technique, he needs free hands. He has to slice in the right angle, with the right amount of power to do it. The seastone on his arms is simply to close to exercise any technique. But cutting flesh and bone on the other hand, is an relatively easy task with a sharp sword. Besides what some people may think, One Piece doesn't open plot holes for the Rule of Cool.

11
Why can't Devil Fruit users swim?
3
How could the Marines catch Zoro?
3
Are Logia types overpowered?
12
Why can't the birdcage be cut?
2
Why didn't Zoro use his Bandana in dressrosa arc?
5
Who cut off Zephyr's arm?
3
How can Doru Doru work against seastone
6
Why can't Haki be used with seastone cuffs?
1
Why does Zoro always forget his sense of direction?