Why couldn't Kakashi pass through things?

Knowing this, shouldn't Kakashi be able to pass through things as well?

TLDR: Kakashi's inability to pass through things was mainly as a result of the bloodline limit restrictions of the Sharingan. This made the Sharingan use up a lot of his Chakra which limited the daily usage and time duration in which Kakashi could use the Sharingan. Hence effectively preventing him from utilizing its true capabilities.

Like Fumikage Tokoyami already mentioned, the Sharingan is a Kekkai Genkai exclusive to the Uchiha and so compared to Obito who could freely use the Sharingan, Kakashi's use was fairly restricted. An interesting encounter where this was mentioned could be seen in Kakashi's battle against Itachi. 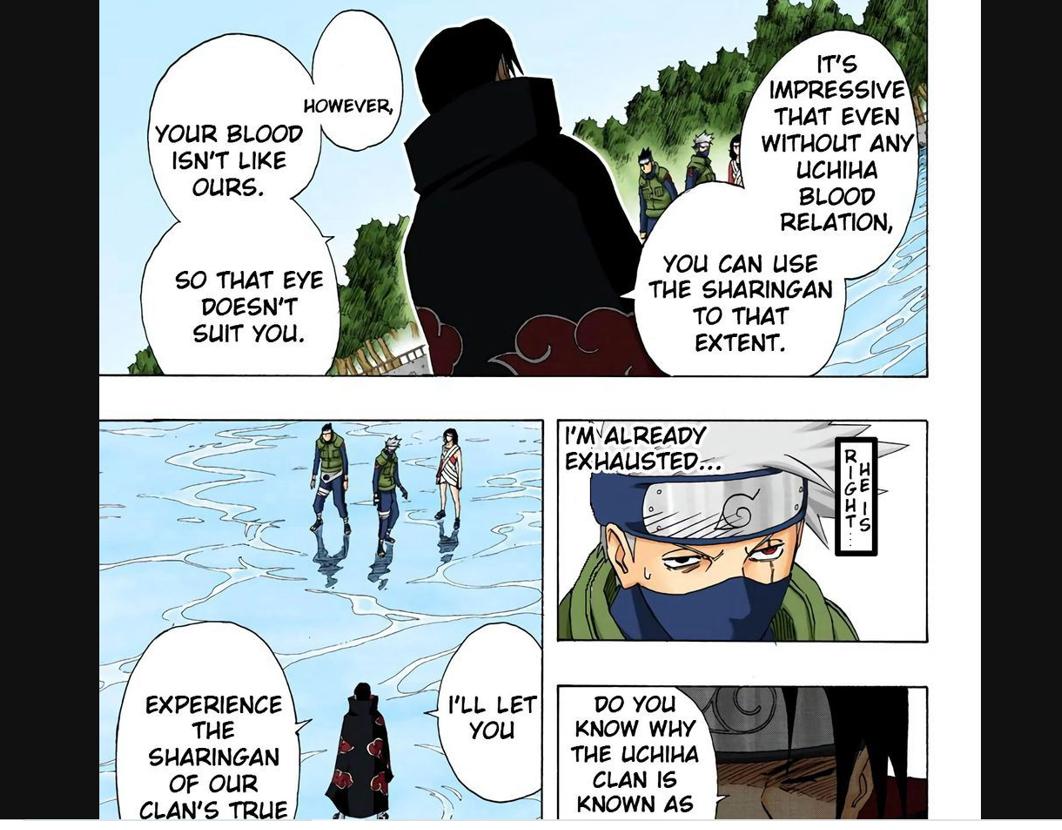 This "incompatibility" basically ensures that non-Uchihas are unable to truly unlock the hidden abilities of the Sharingan and hence acts as an impenetrable ceiling cap for anyone who isn't Uchiha.

Now back to the question, Obito's "pass through" ability is a pretty advanced application of the Kamui which seems to require less Chakra as its only shifts specific sections of his body to the Kamui dimesion. Nevertheless, the precision, accuracy and timing involved would require a great deal of training and understanding of Kamui that Kakashi could never attain given his limited access to the Sharingan.

Even if Kakashi got the right eye, he couldn't be able to perform such a chakra-inducing jutsu because he is not an Uchiha. Note that Kamui is the speciality of Obito's Mangekyo Sharingan (which is Kekkei Genkai exclusively for Uchiha clansmen only). So, using Kamui demands a great deal of chakra for him to perform. It takes him an extended period of time to gather enough chakra to use it, and once he does he cannot use it again. Even if he does, it won't be as effective as he would have wanted. Also, repeated use of Mangekyo Sharingan's abilities can damages user's vision, eventually reaching the point where it causes the eyes to bleed. For Kakashi, it would be very, very painful.

2
Why didn't/couldn't Kabuto bring Orochimaru back?
6
Why couldn't Hashirama break through Edo Tensei like Madara did?
15
Why did Kakashi kill Rin?
9
Discrepancies between Kishimoto and the Asura Path?
8
How did so many people get away with cheating during the written portion of the Chunin Exam?
10
Why could Kakashi and Obito move while Naruto, Sasuke and even Kaguya couldn't?
2
Space-Time ninjutsu of Tobi
3
Confused about Obito's ability