Why didn't Lelouch use the "obey me" order on everyone?

In the final episodes of Code Geass R2, Lelouch gave orders like "be my slave" or "obey me". This way, unlike when using the Geass, he can give them orders an unlimited number of times. 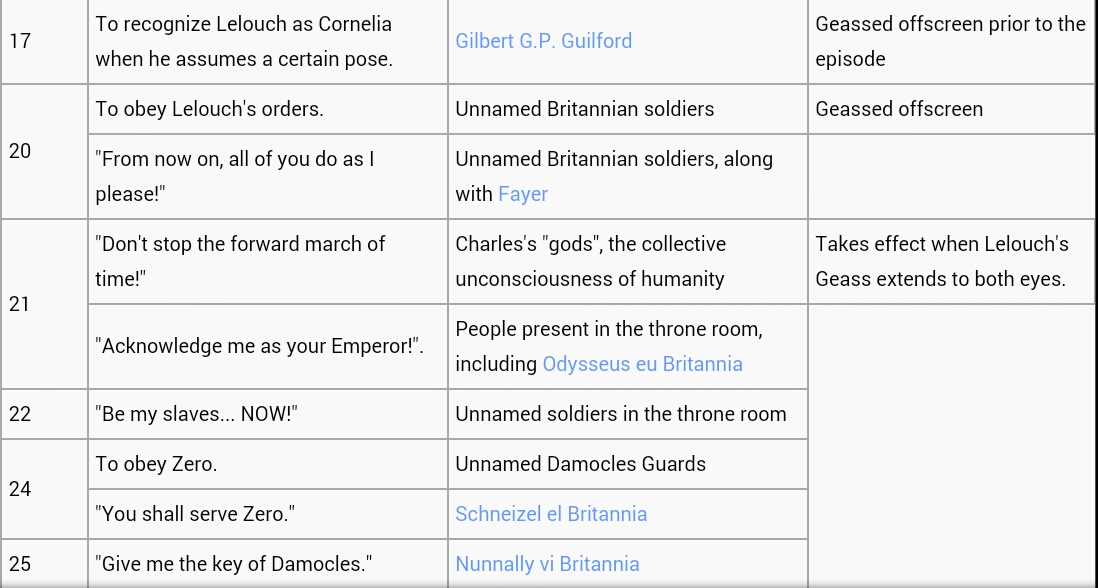 So why didn't he use these orders on everyone from the beginning? This way he could've given them orders whenever he wanted!

At the very beginning, right after he got his powers, Lelouch may not have been sure that it was possible to give such powerful orders. This is why, for example, Lelouch ordered a female student from the academy to engrave a cross-mark on a wall every day forever: to determine how long a geass would last. Presumably, he was performing similar experiments that weren't shown to the viewer.

In some cases, Lelouch could be morally conflicted about geassing people. In the last episode of R2, we see him wavering on whether or not to use a geass to command Nunnally to give him the FLEIJA control device. It's possible that he felt the same way about using his geass on other people as well. (Then again, that might just be a special thing for Nunnally.)

Recall now that people are able to reject a geass (at least temporarily) if it is in strong conflict with their morals. Guilford, for example, would probably have found the idea of obeying Zero to be utterly repugnant, and may have resisted the geass to a degree, which could have thrown a wrench in Lelouch's plans. This could be why Lelouch instead geassed Guilford to view him as if he were Cornelia - to circumvent that issue.

There are probably a few other reasons, too, which hopefully other people will be able to come up with in their answers.

I like to think of them as purely moral choices, not at ALL for practicality.

In the beginning of R2, Kallen asked if she was geassed into obeying Zero, or something to that effect. Lelouch makes it clear that she followed under her own will, which presumably, he wanted for all of the Black Knights.

Note that he only ordered "Obey Me!!!" after the Black Knights betray him*, leaving him with no troops to command.

The others I see as lack of choices. For example, he didn't geass Suzaku the moment he realized he was working for the enemy (he could have very well said "Follow Zero" at that point on, and C.C. even chastises him for not doing it) but he only geasses him in a very precarious situation (when both of them were about to get killed).

*EDIT: Actually, there's another reason: (Lelouch thinks) NUNNALY's DEAD!. Remember he did everything for Nunnaly. With Nunnaly, Shirley, Rolo, and the Black knights gone, he has nothing left basically. So this point is pretty much a "Well, Fuck My Moral Compass", And does things more pragmatically.

Production-wise, it would probably be because of addition to drama. I think the production thought (and I believe us as well) would be boring to have Lelouch command "Obey me" everytime. And of course, to add limitation to the order, thus, adding an opening for conflicts in the stories. If the order "Obey me" will always be used, then Lelouch will mostly be invincible and that will prevent twists on the stories - which makes the anime more enjoyable.

I agree with the answer posed by Secret. But there's another addition/modification I would like to make to it.

His initial motives were in line to end Charles' Hegemony and he had people in support for it, that's how he gained the support of the Black Knights. But after the incidents in the thought chamber when he stopped Charles and Marianne, he had made a different plan with Suzaku and CC. In order to execute this plan he required an army which he could gain neither by motivating them by his motives nor by the virtue of his emperor post(since he was a usurper). Hence the Geass.

In summary: He had a moral compass which he later compromised for the greater good (Instead of his morality being lost after Nunnaly's death)

I think the reason is much easier than what all you guys have just said. It is likely that the obey order could not be issued because all the other people not affected by geass would have started to suspect something weird going on and they would have investigated on geass. However, this conclusion cannot be possible if the order issued was like "from now onward obey me but never tell or make any reference to who is giving you orders".

user15181's answer was the best answer. His Geass wasn't yet powerful enough to do so as the Geass grow more powerful with each usage. Remember, that Lelouch thinks that other people aside from the ones he knows personally are mere pawns; he thinks that the world revolves around him and the people he wants to protect that's why he'll forsake an entire army just for Nunnally which he did both seasons. For him, who cares if all of my soldiers die, I must save Nunnally. Japan's freedom was just an excuse for him to create his ideal world. Another sign of his Narcism is thinking that he could take down Britannia even before he got Geass, and also the fact he was born royalty.

The clearest evidence why it's not because of his moral standards is when he made a gang at the alley act like animals for eternity just because he is sad. So that argument is refuted. The reason is that his Geass is still not yet in both of his eyes unlike after he defeated Charles. After he defeated Charles, his geass is in both of his eyes so he was able to simply say "follow me" by then to become emperor.

Notice how his commands become more complicated as the story progresses. But the most complicated was only "do this when this happens" before his Geass spread to both eyes. However, the whole dealing with Suzaku is something I can't relate to, I don't do bromance, ask Naruto instead.

Lelouch's geass power increased over time. Perhaps it was not powerful enough make someone his full-time slave until his power got to full strength. Lelouch did experiments in the beginning to test the limitations and capabilities of his geass. Surely he must have wondered what would happen if he tried the command "obey me".

6
Why did Lelouch call it the "United States of Japan"?
6
Why did Lelouch erase Shirley's memories of him?
3
How can Lelouch use his geass on so many people?
5
In episode 3, why did Lelouch kill him but not her?
1
Why didn't Lelouch go to his father as soon as he got his Geass?
0
Why didn't Lelouch incorporated Black Knights in imperial army using the fact that he is Zero after he became the king of Britannia?
9
Does Lelouch vi Britannia speak with a Japanese accent?
2
Why didn’t Lelouch use Geass on himself sooner?
1
Why does Lelouch need geass in both eyes?