Do the Pokemon movies occur in the series timeline?

In some anime, though there's logical placement for the movies to happen, it does not necessarily mean that the story of the movie really happened in the series timeline; an example is that for Naruto's movies, some of them clearly didn't happened in the anime timeline, though there's clearly some place to put it (due spoilers, events and stuff). Is it the same case with Pokemon?

The answer is - Yes, the Pokemon movies do occur in the series timeline, and there's clear evidence for some of the movies in the series.

[NOTE: contains major spoilers; only for those who watched most of the Pokemon anime and movies]

This movie not only has a direct connection to the series timeline, but it seems that the studio meant to create this story only in the form of a movie after being shadowed in the anime.

Let's start with ep63, where Gary battles with Giovanni. Giovanni chooses to fight with Mewtwo, though it wasn't revealed at the time, only in the movie you realise that. It seems clearly that the studio wanted you to ask - "Who's that Pokemon?"; the answer for that is only in the movie. 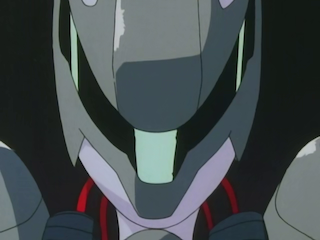 In the battle against Gary

And it continues for a couple of episodes after that in ep65, with Team Rocket seeing their HQ destroyed by a mysterious force, aka Mewtwo as revealed in the movie, as the movie takes place after the events in this episode. 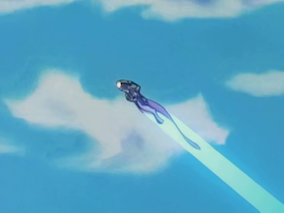 Blasting off in the Anime 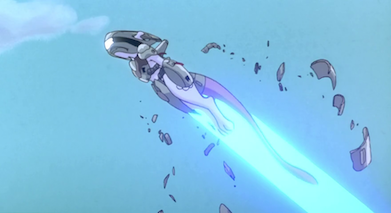 Blasting off in the Movie

You can see clearly in that episode that the anime were foreshadowing not only Mewtwo, but his relationship with Giovanni, that being revealed only in the movie after the anime made hints to it. So the movie clearly takes place in the timeline of the anime. 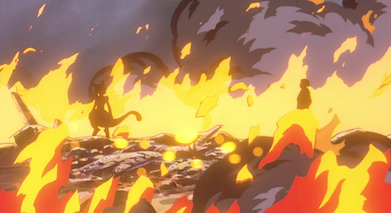 Some may come and say - the 1st movie was exceptional, first movie and all. Here's more evidences.

The Power Of One

This one actually have direct reference in the Anime. in ep222 (Japanese count. 220 in the international count) where Team Rocket and Ash are seeing Lugia, they are declaring that they saw one on the Orange Islands, in other words, in the movie. 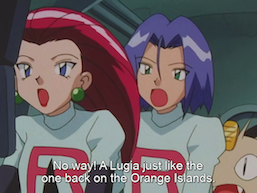 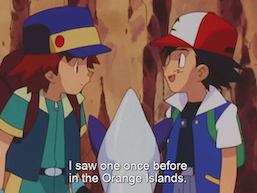 This one was actually pretty hard to find, but with kinda simple observation, this is clearly a reference to the movie.

The movie takes place in a city called LaRousse city, where Deoxys starts attacking it. In the Battle Frontier season ep448 (444 in international count) Solana is telling the gang about Deoxys appearing in the past in LaRousse city, clearly referring to the movie. 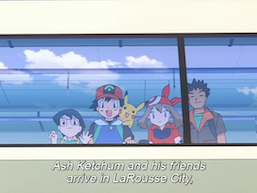 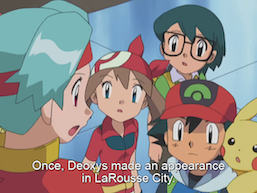 There's actually another referring to the movie - mentioning Prof. Lund, which is another addition for this evidence.

This is actually my most hard evidence that though the movies are offering big and mighty events, they won't be mentioned in the anime. Probably from the obvious reason that though the movie occurring in the anime storyline, they are still considered extra, and besides the 1st movie that actually have strong basis in the anime, the other movies are not must-see, and those who haven't watched them will probably get confused, especially new audience.

And that actually will answer the immediate question that burst once claiming the movies taking place in the anime storyline, that it seems that the characters not remembering events from the movies such as legendaries encounters, like in the above example.

But it's quite clearly as we saw, on one occasion or another, that there's some references to the movies, and might be even more references to them in the anime that I haven't observed yet and may help this answer.

With that being say, it is still possible that not all movies took place, so if there's more references and evidences it might help this answer to say that indeed all movies taking place in the series timeline. But since I haven't saw in the anime some contradictions to the movies I believe that those evidences took the point.

Linked: When do the Pokemon Movies occur chronologically to the plot?

42
Where do the Naruto movies fall in the timeline?
5
When do the Pokemon Movies occur chronologically to the plot?

23
Do Pokemon age and die?
4
What's this Pokemon show called?
16
Why does Pokemon have a six Pokemon limit?
11
How does one start being a Pokemon Trainer without a Pokemon Professor?
5
Are Pokemon vegetarians?
5
When do the Pokemon Movies occur chronologically to the plot?
4
Why did Misty leave the Pokemon anime?
2
Which Pokemon are animal based?
0
Which of Ash's Pokemon faints the most?
8
What is the first Pokemon to exist?