How did Emporio do this to help Jolyne?

In the final chapter of Jail House Lock arc (Chapter 695):

Emporio needed to print out a picture for Jolyne.

He didn't have a printer so he "calculated" it in binary system.

Jolyne took this and...

...printed out the picture using her stand.

Let's say that the input he gave Jolyne was about 150 bits and the output picture's resolution was about 50x30 bits ¹. We can assume he had access to programs that allowed him to downscale and encode the picture. What about Jolyne? Her stand quickly decoded the image without using any program.

How did Emporio encode a 50x30 binary picture into 150 bits in a way that still allowed Jolyne to decode it during an active fight? 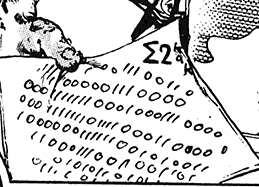 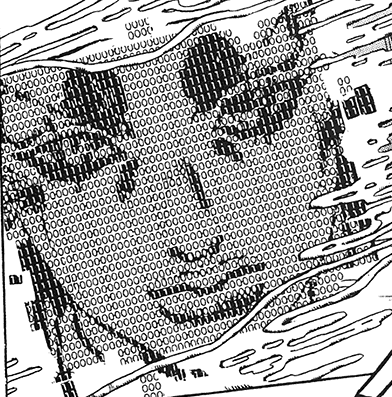 jojos-bizarre-adventure
Share
Improve this question
edited May 15 at 13:14
pilgrim
asked Apr 30 at 16:45

Browse other questions tagged jojos-bizarre-adventure or ask your own question.

5
How are Kars' features described in this image?
11
How did Dio Brando survive the ship sinking?
6
How did Joseph inherit Hamon from Jonathan?
3
How did Kakyoin get hit by The World when he was outside of its range?
1
Why did this character become a zombie after the King Crimson arc?
0
Is Jolyne in the SBR universe, if so before or after part 8
0
How could Jolyne hold Goo Goo Dolls?
2
How is Giorno able to do this to Diavolo?
1
What happened to this character creating this phenomenom?
1
Did this stand do this to cause this?