What is happening to Nasa here when Tsukasa does something adorable?

In Episode 2 of Tonikaku Kawaii (Fly Me to the Moon), there are a couple of instances when the lead male character Yuzaki Nasa is overwhelmed by something unexpected and adorable that his wife Tsukasa does or says. This is shown visually by Nasa taking a longer than usual pause before responding, but then instead of responding he suffers some reaction that causes him to cough violently, I think? The visual shows some white froth spraying from his mouth, but his back is turned to the camera, so I'm not entirely certain that it is a cough. Both times, Tsukasa is taken aback by his reaction and asks him in a concerned manner whether he is feeling alright. 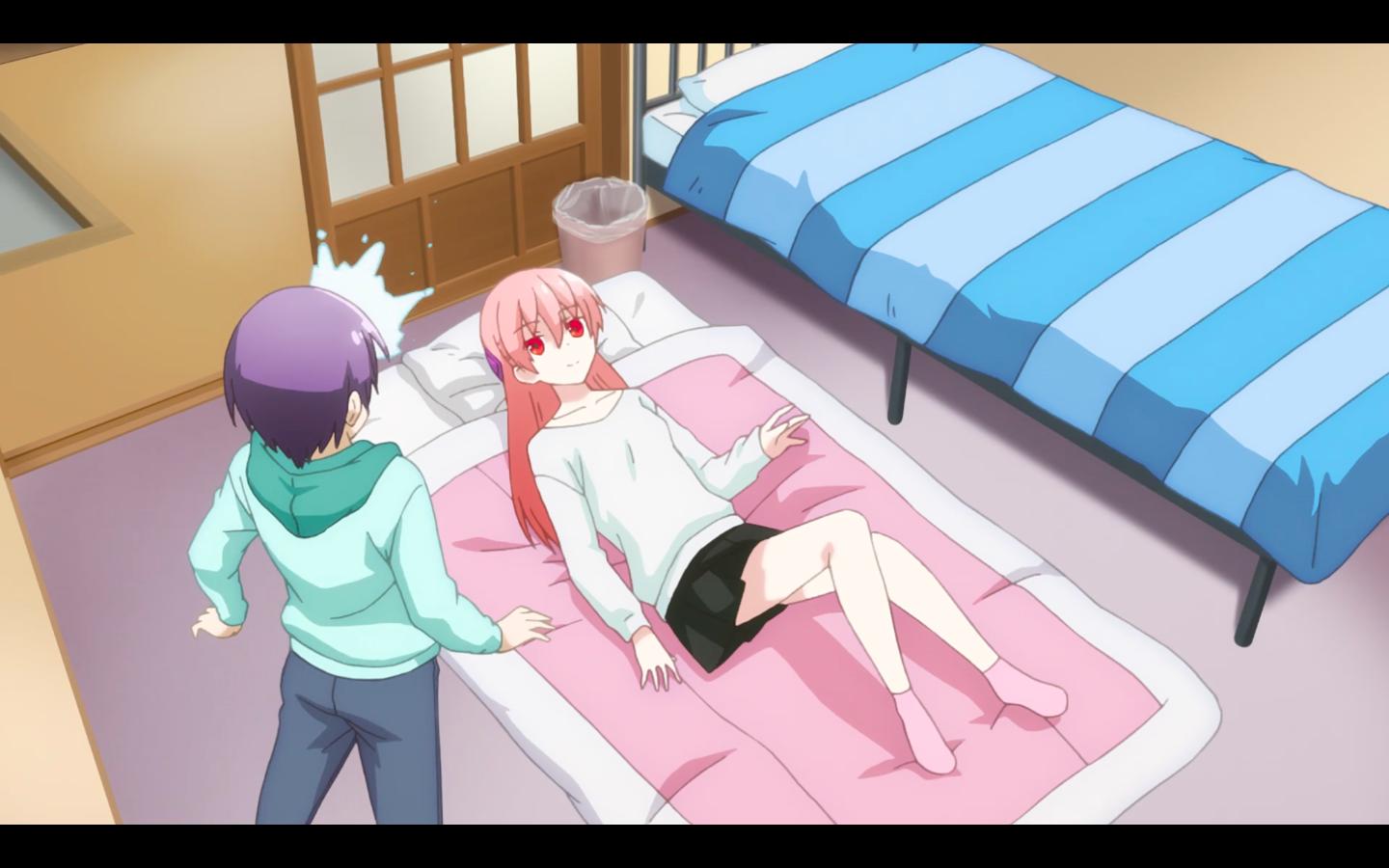 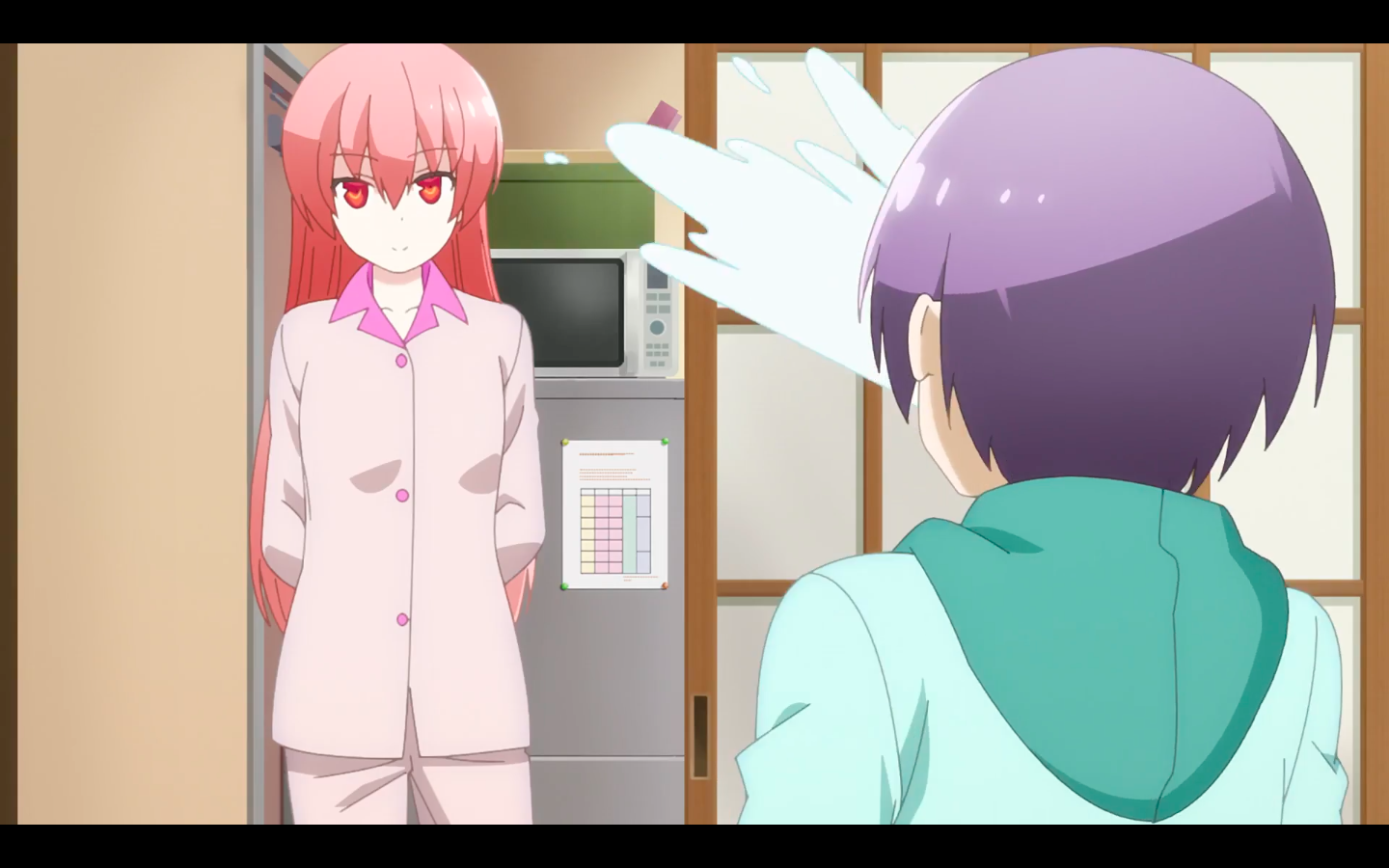 These events are clearly played for a gag, but I think I'm missing some context behind them. I have seen anime nosebleeds, and their meaning has been discussed on this site before: Does the "bloody nose" trope necessarily imply a sexual situation?. This case does not seem to be a nosebleed, though. The anime has not shied away from depicting fountains of blood (for comedic purposes, of course) in Episode 1, so I'm sure they would have coloured the expulsion red if that was intended. 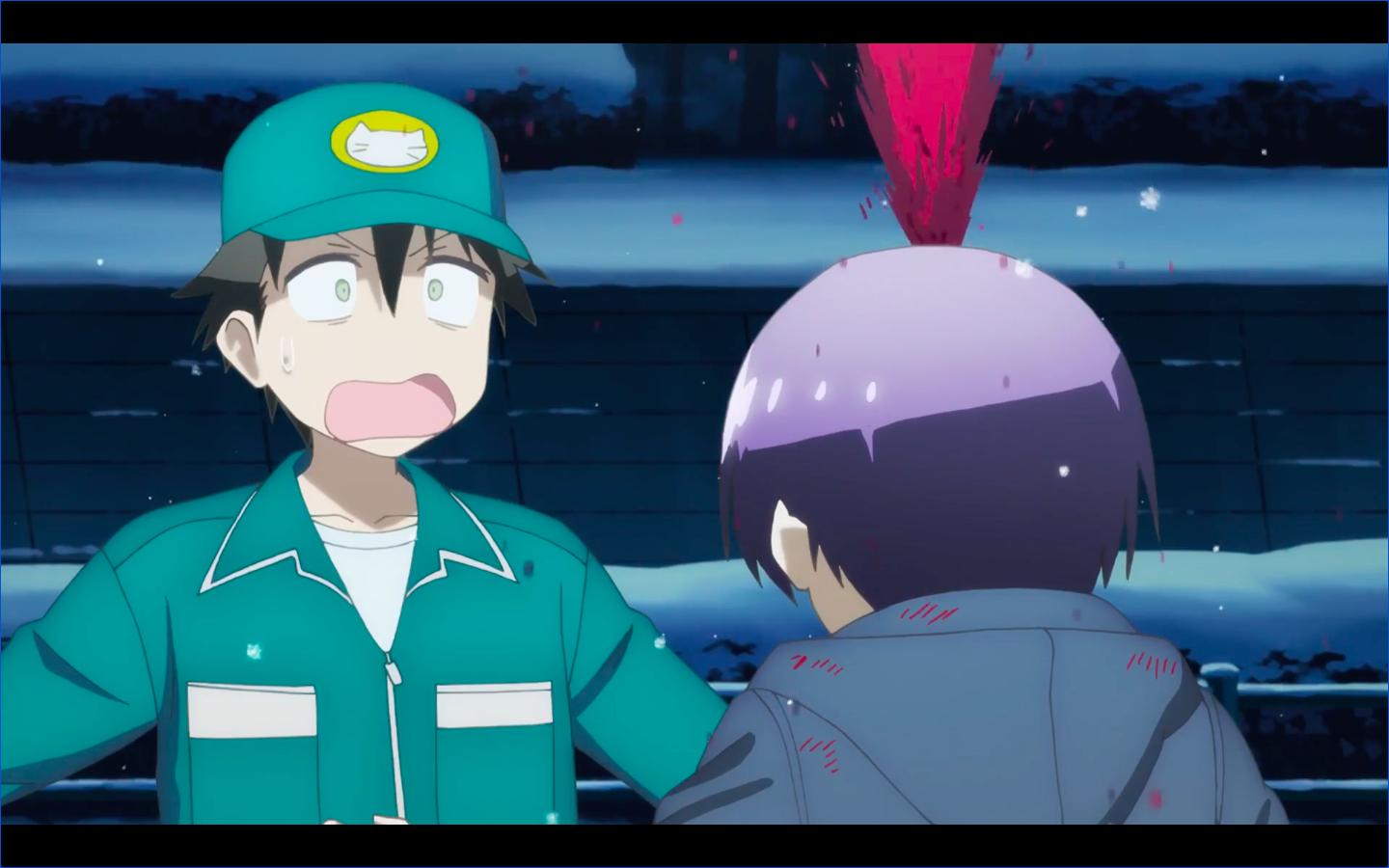 What exactly is happening to Nasa in these two instances?

As Aki Tanaka has said in the comments, this is most likely the Spit Take trope.

A Reaction Shot to an unexpected event that involves spraying food or, more commonly, a drink from a character's mouth. ... A common Lampshade Hanging for this trope is when a character pauses to take a drink just so he has something to spit out in reaction. (emphasis mine) 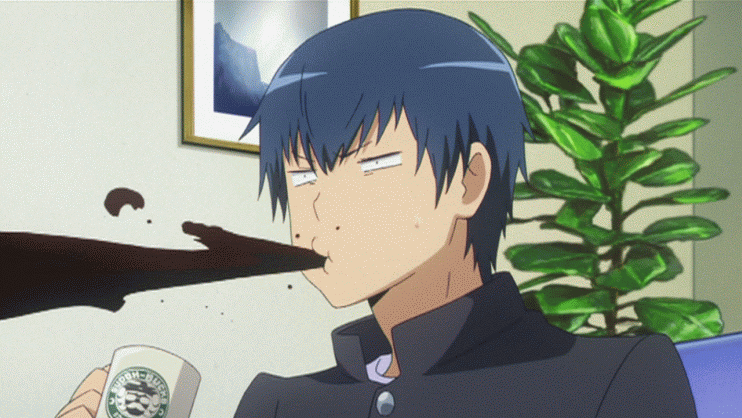 This trope is also used for comedic purposes, as seen in the image of Ryuuji Takasu above. This trope is also used when someone is surprised or excited, similar to the nose bleed trope that is commonly found within anime and manga. You've said that Nasa Yuzaki reacts that way whenever Tsukasa does something he sees as cute. It is possible that this spit take trope is being applied the same way a nose bleed is.

Not the answer you're looking for? Browse other questions tagged fly-me-to-the-moon or ask your own question.

69
Does the “bloody nose” trope necessarily imply a sexual situation?