Why does the Naruto wikia state there are 18 wielders of the Mangekyo Sharingan, if Itachi told Sasuke he could be the third?

In the Naruto anime, in episode 132, Itachi told Sasuke that if he obtains the Mangekyo Sharingan he would be the third person to get it, but the Naruto wikia gives a list of 18 wielders. 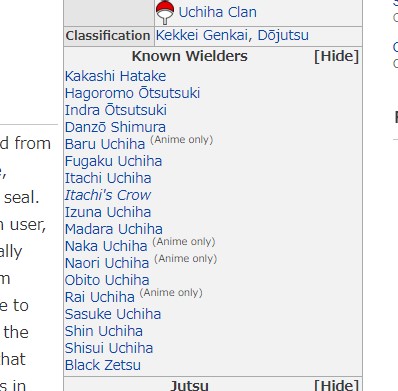 Why is this so?

Itachi saying Sasuke would be the third to awaken the Mangekyō Sharingan would imply he was talking about the Uchiha that are living.

The only living Uchiha in the time of Naruto Shippuden were Itachi Uchiha, Obito Uchiha, and Sasuke Uchiha (the real Madara was later resurrected), although Itachi believed Obito was Madara. In the order of awakening their Mangekyō Sharingan, it would be Obito, Itachi, and Sasuke.

Obito Uchiha awakened his Mangekyō Sharingan after the death of Rin Nohara during the Third Shinobi World War; Obito himself only had his right eye at the time, but the event caused his Mangekyō to simultaneously awaken in Kakashi Hatake, who wielded Obito's left eye. (source)

Itachi Uchiha awakened his Mangekyō Sharingan after witnessing the suicide of his best friend, Shisui Uchiha, shortly before the Uchiha Clan Downfall. With his left Mangekyō he can use Tsukuyomi, an extremely powerful genjutsu that distorts the victim's perception of time. (source)

Sasuke: Is believed to have awakened his Mangekyo Sharingan either because of Itachi's death, or because of learning the truth about Itachi.

So, we can conclude that Itachi was saying he would be the third living Uchiha to awaken the Mangekyo Sharingan out of the 3 Uchiha that were currently alive. Counting all the others, Sasuke definetely was not the third. Also note that the Naruto wiki isn't always correct.

Not sure but maybe Itachi was unaware of the rest of the wielders. This might also be a possibility if you think about it