What makes the anime art style look good when it is anatomically inaccurate?

I saw this meme today 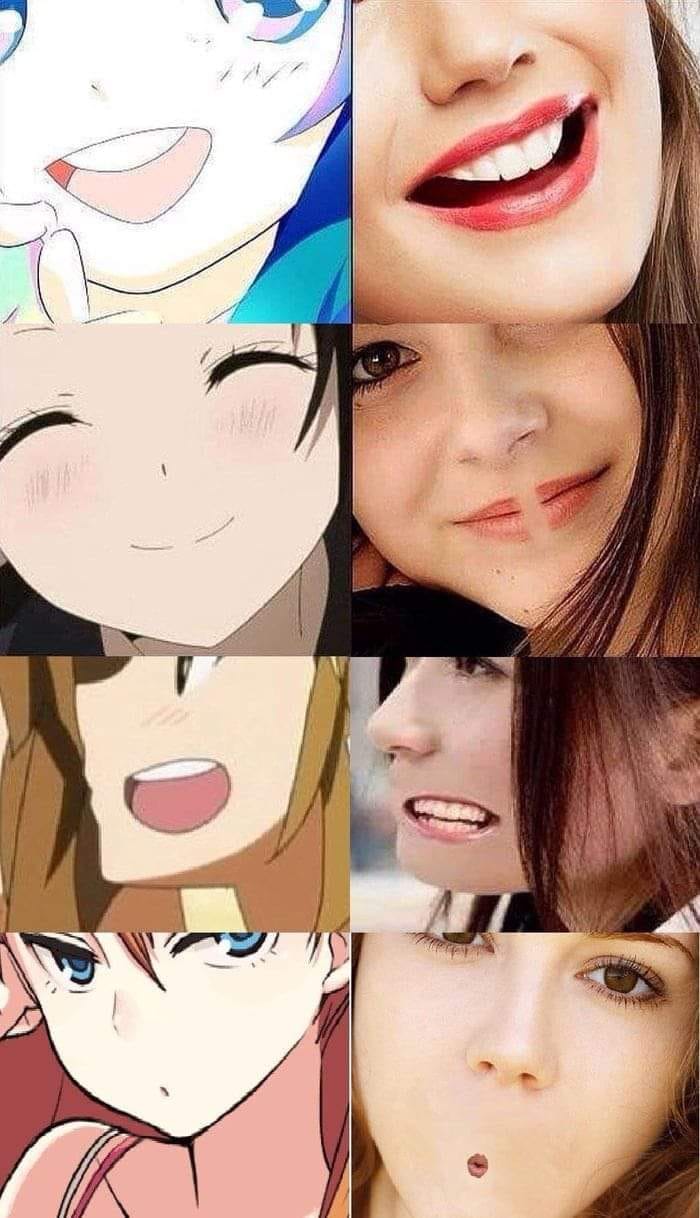 And, it made me wonder, exactly why does anime art look 'natural' though sometimes anatomically inaccurate?

I can't quantify it but there is something about the art style which some less appealing features (for an anatomically correct person) look appealing when converted into the anime art style and vice versa. I'm trying to understand what exactly it is.

Japanese anime and manga has developed its own visual language or iconography for expressing emotion and other internal character states. This drawing style is very distinctive with unique facial features and character traits which are very very different from real life and explaining each of them elaborately will make the answer very long. So, let's stick to only "mouth" as per the question. Mouths are often depicted as small, usually rendered with one line on the face.

So, why single line?

This is kind of a generalized explanation. There are several factors come into play:

So, bottom line is these types of faces are not typical Asian-looking but are so popular and visually appealing to viewers that they recycle it. Making realistic faces in anime is somewhat expensive. Animators pertains to a distinct anime art style (which is different for different studious). This distinction is very important and if every studio tries to make real life faces, then the distinction would be lost and it won't be visually appealing to viewers. That's why they intentionally let the facial features quite different from real life and also from other studies. (see this video to see different art styles of studios).

37
Why are most people in anime white or European-looking (instead of Japanese)?
10
Why do anime and manga use the same faces?
-2
Why is it expensive to create realistic faces in the anime industry?

10
Is there a difference in drawing style between different anime for different demographics?
3
Why does the drawing style in manga or anime often change when a character is displaying big emotions?
7
Is there a name for the art style in Gankutsuou?
7
What is the simplified art style called that is often used when a character is emotional?
7
Anime reviewers refer to "art" and "animation" separately. What does each one refer to?
5
What makes Little Witch Academia a Netflix original series?
11
Why do the stronger enemies in anime/manga tend to look more human?